Weston-sub-Edge station was the first station after Honeybourne on the G.W.R. line to Cheltenham. As the following extract from a 1930 Ordnance Survey map shows it was between the B4035 road and the ancient (pre-Roman) Icknield Street. The RAF base at Honeybourne was located just to the north of the station with the entrance off Icknield Street. There is a separate entry for this (non-railway related) site. 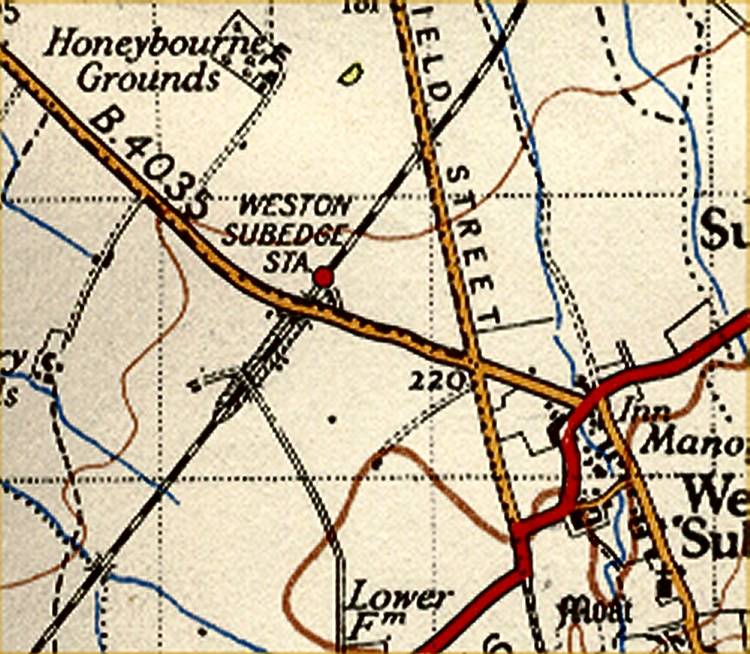 Weston-sub-Edge station closed with the local passenger service on the line on 7th March 1960.