Hazelwell Station was just to the south of Kings Heath on the Camp Hill section of the Birmingham and Gloucester Railway. It was however built by the Midland Railway in 1867. Hazelwell is not a readily recognised suburb of Birmingham, the nearest recognisable area being Stirchley. 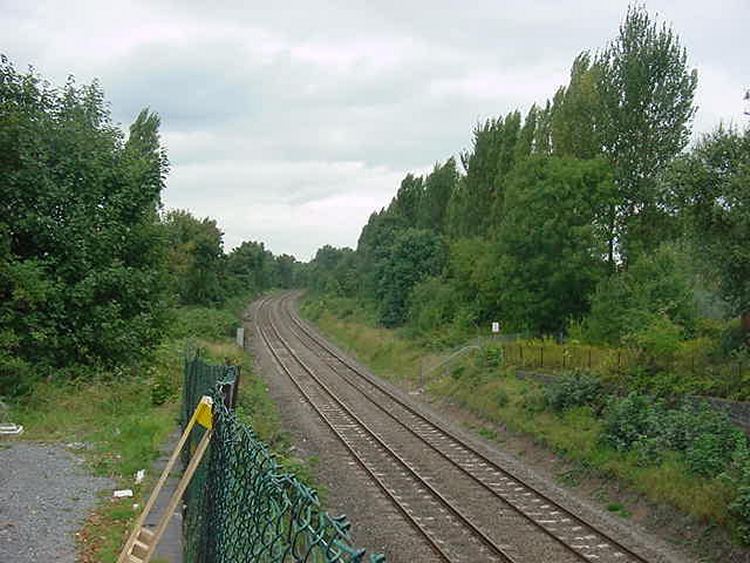 The station approaches can be seen leading down to the station. 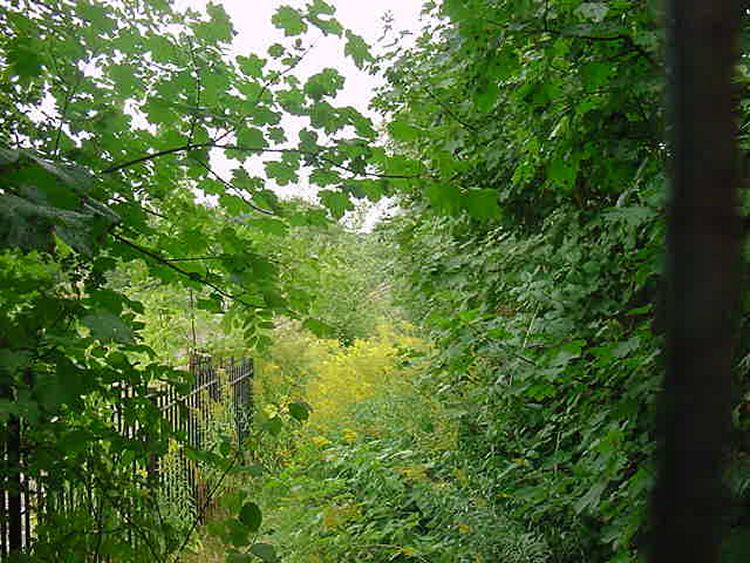 The playing fields of the King Edward VI Camp Hill school are behind the trees on the right.

All photographs taken by Andrew Smith on 11th September 2001.