F.W. Hawksworth made some radical alterations to C.B. Collett’s design for the ‘Hall’ class 4-6-0 steam locomotives including bar frames at the front end and a large three-row superheater to form the ‘Modified Hall' class. The first locomotive of the new class was No.6959 which appeared in 1944 and between then and 1950 a total of 71 examples were built, numbered from 6959 to 6999 and 7900 to 7929. Some survived in service until the end of 1965 including No.6998 ‘Burton Agnes Hall’ which worked the last steam duty from Oxford Shed on Monday 3rd January 1966 when it took a Bournemouth to York express from Oxford as far as Banbury. Seven examples survived the end of steam but this will reduce to six if No.7927 is rebuilt as a 'Grange' class 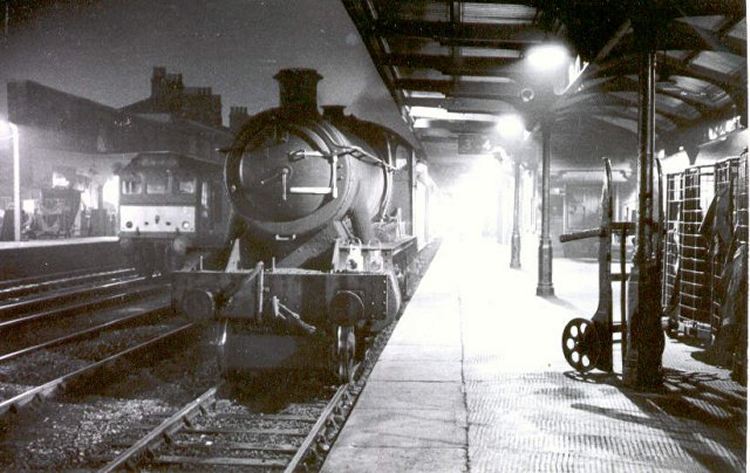 No.6959 ‘Peatling Hall’ was the first of the 'Modified Hall' class introduced by Hawksworth in 1944. This photograph was taken at Worcester Shrub Hill Station on 23rd October 1965. The loco had arrived with the 18:05 from Hereford to Paddington. This is believed to be the last steam hauled passenger train between Hereford and Worcester. The loco had worked a passenger train to Hereford that same afternoon. Robert Pritchard, who took this photograph, clocked 'Peatling Hall' at 80mph near to Bransford Road on this historic occasion.