Two hundred and sixty-three (263) class 31 diesel electric locomotives were built by Brush of Loughborough during the period from 1957 to 1962. It was however some years before the class was seen regularly in Worcestershire. The situation changed after the decision to withdraw the Western Region's diesel hydraulic locomotives. When they were built the locomotives carried the numbers D5500 to D5699 and D5800 to D5862. 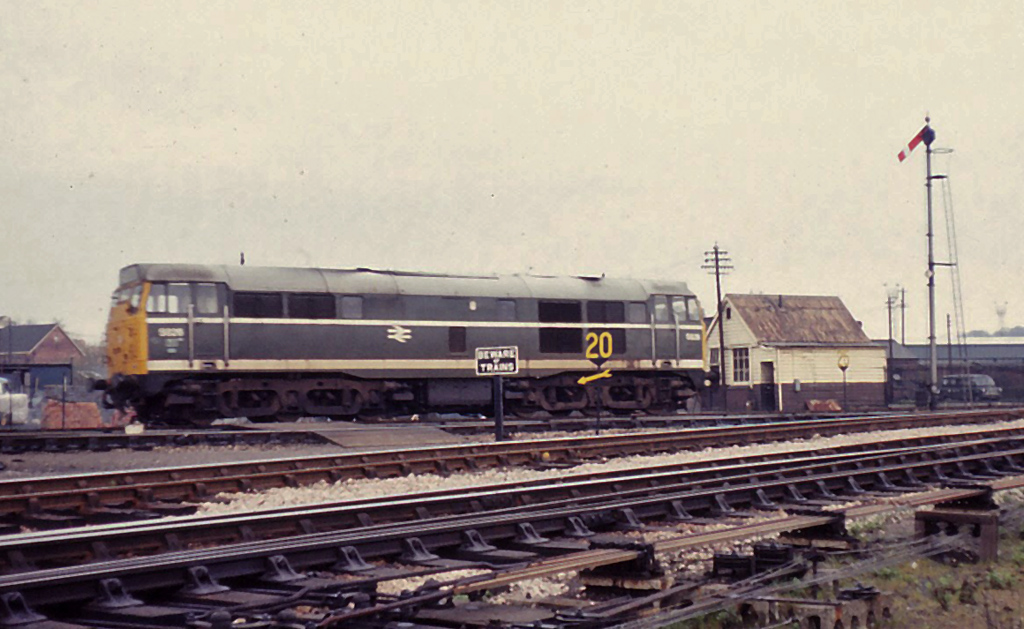 Class 31 diesel locomotive No.D5826 was photographed by Pete Wilcox at Worcester on 31st March 1972. The green livery was rapidly disappearing from BR locomotives at this time so it was quite rare to find one with the paintwork in such good condition. By this time the class had been drafted in to work the London Paddington to Hereford express services, a duty for which they were grossly underpowered. 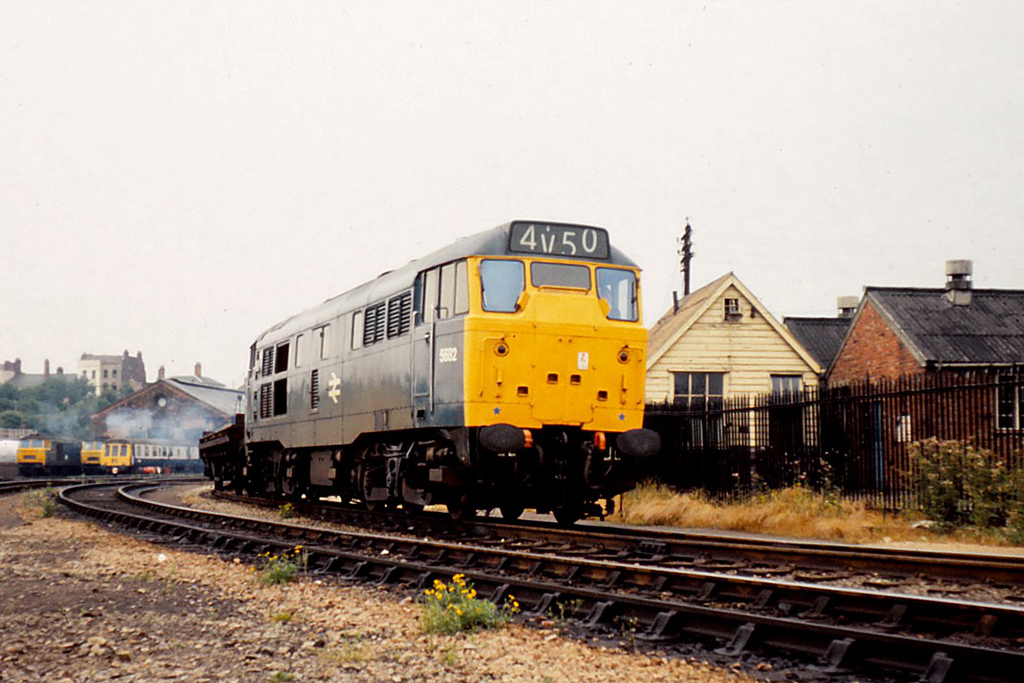 Just a few months later, on 2nd August 1982, Pete Wilcox photographed class 31 diesel locomotive No.D5682 in Rail Blue livery passing the locomotive depot with what appears to be an inter-regional freight train if the '4V50' headcode is to be believed. Two class 35 'Hymek' diesel hydraulic locomotives are on shed alongside a class 119 diesel multiple unit.

In April 1973, Andrew Smith's trusty Kodak Instamatic camera caught this unidentified class 31 diesel locomotive with a southbound freight train (headcode 6V89; an inter-regional train from Birmingham or the Black Country) approaching Bredon in the cutting before the road bridge. The houses on the right are along the Bredon /Eckington road .

David Newman, who identified the location, was a signalman at Bredon in 1960/62 and then moved to Cheltenham but finished up at Worcester Shrub Hill Jct, where his mates were Frank Egerton and Jimmy Wharton, the shed foreman was Sid Neil and ? Dancox. At the station box was Ken Wright and the signalman at the tunnel was Dennis ? and Charlie Waters was at Wylds Lane box. (Dave Newman, former signalman). 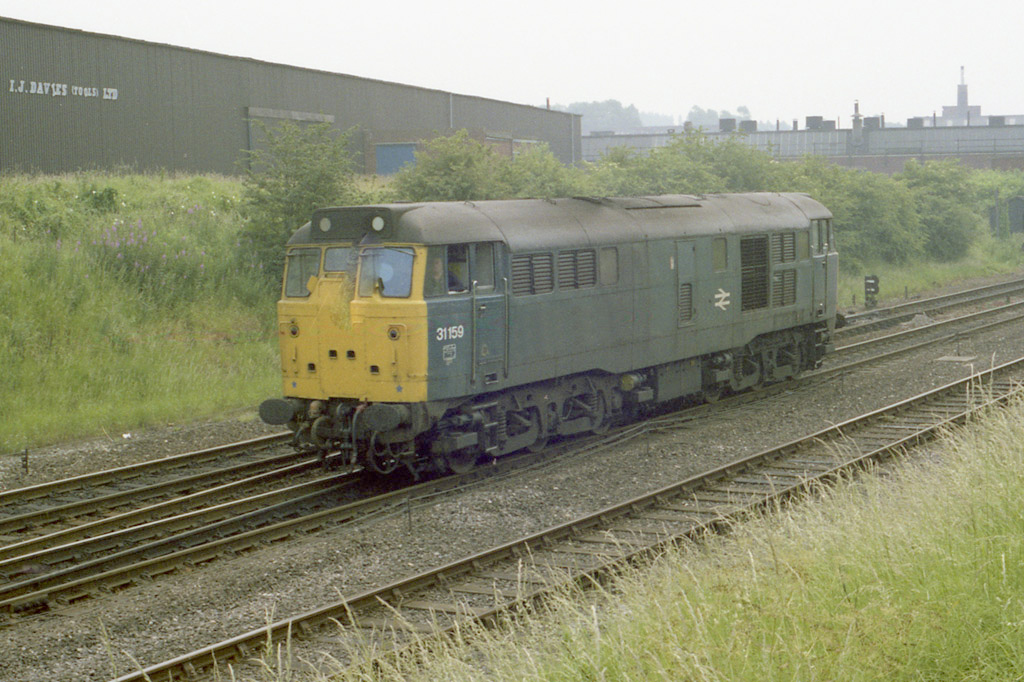 In July 1983, Andrew Smith took this photograph of class 31 diesel locomotive No.31159 running light engine towards Langley Green Station. The railway track in the foreground ran from Tat Bank Sidings to the Albright & Wilson factory at Oldbury.