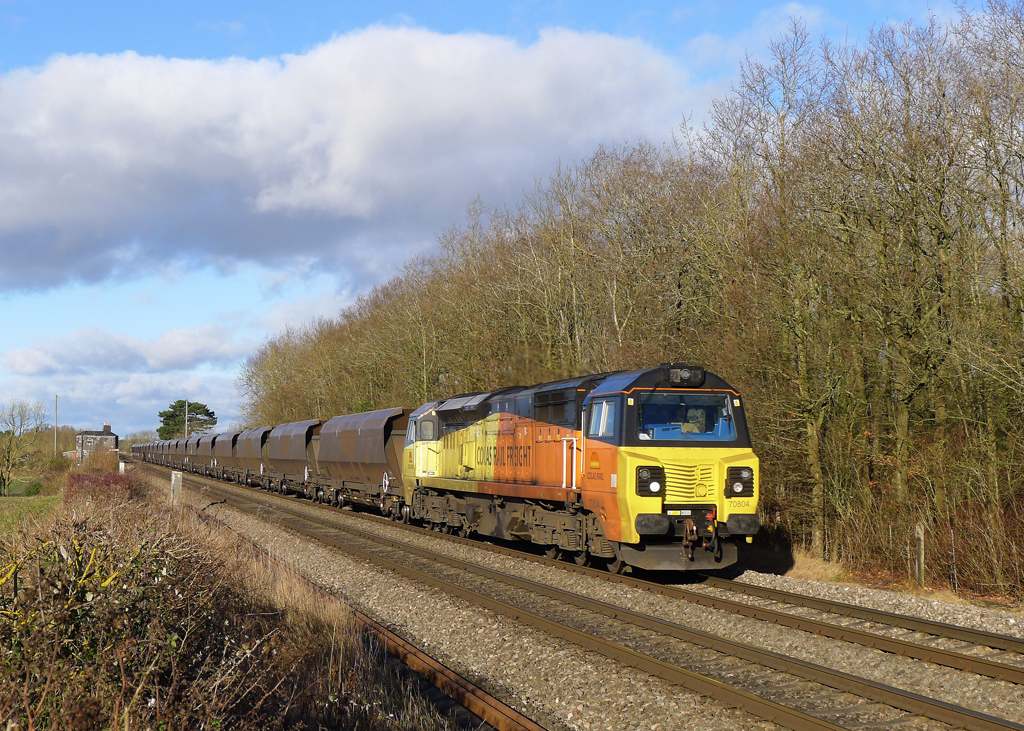 On 6th January 2015 Robert Pritchard took advantage of a rare break in the weather to photograph Colas livery class 70/8 diesel locomotive No.70804 at Wadborough with the regular coal empties to Portbury. 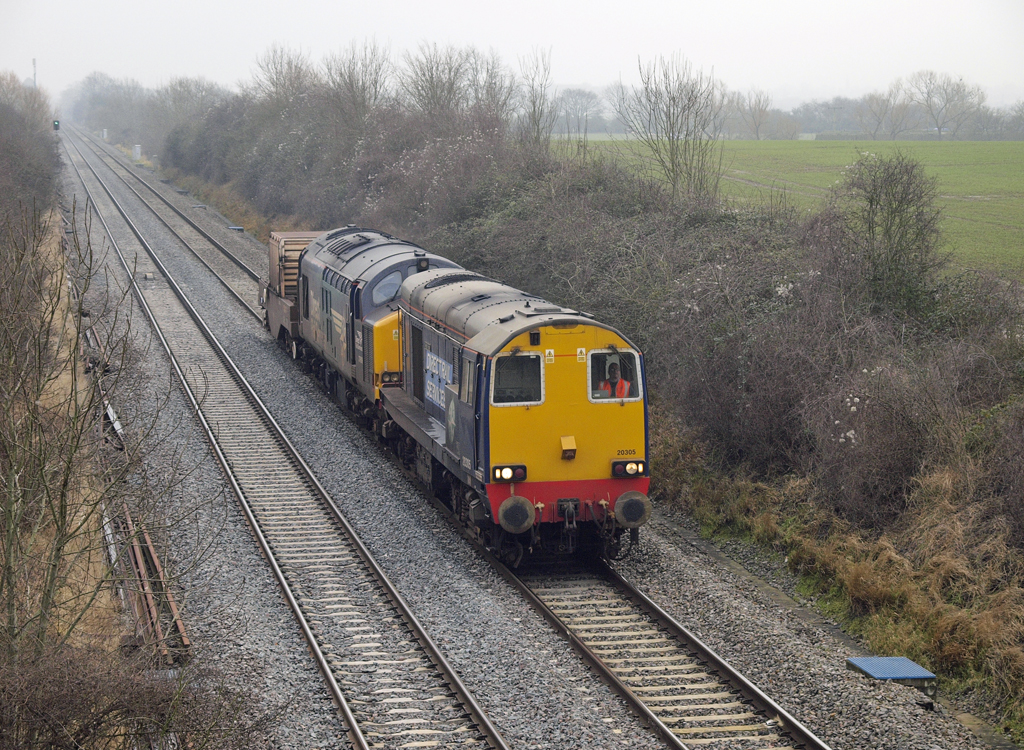 The now-closed nuclear power station at Oldbury continues to produce egular trains of nuclear waste being taken to Sellafield and on 22nd January 2015 this brought DRS livery class 20 No.20305 and class 37 No.37609 to the county. Photograph taken by Robert Cooke. 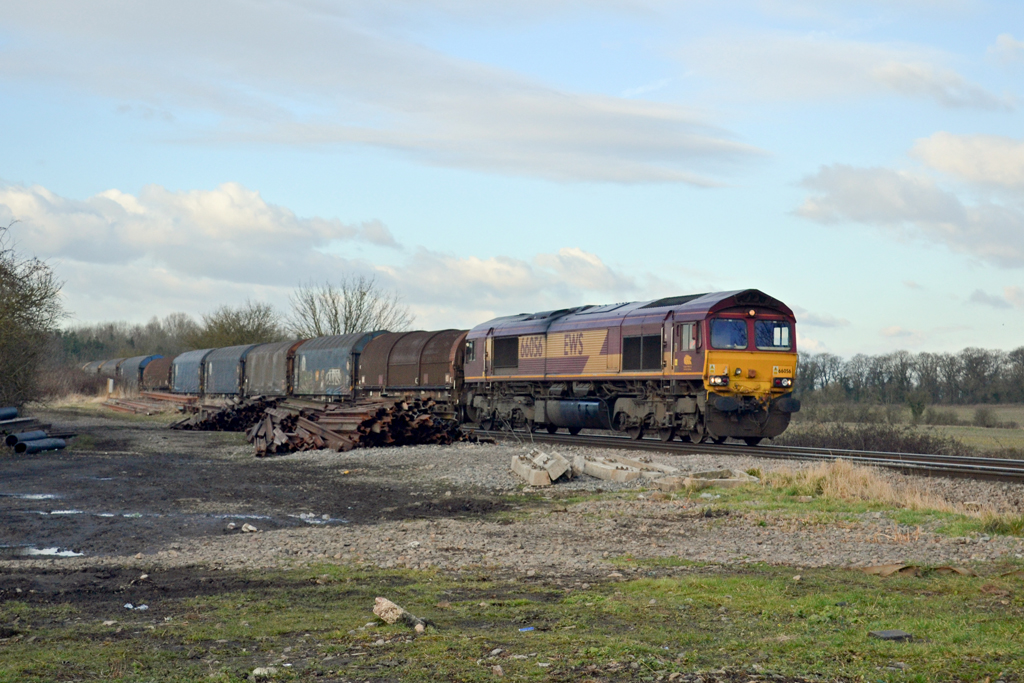 The sun shone briefly late into the afternoon of 3rd February 2015 but did little to raise the temperature owing to a bitter cold northerly wind which greeted the passage of DB Schenker's class 66 diesel locomotive No.66056 as it passed Pirton with the 14.27 from Round Oak to Margam. Photograph taken by Andrew Smith. 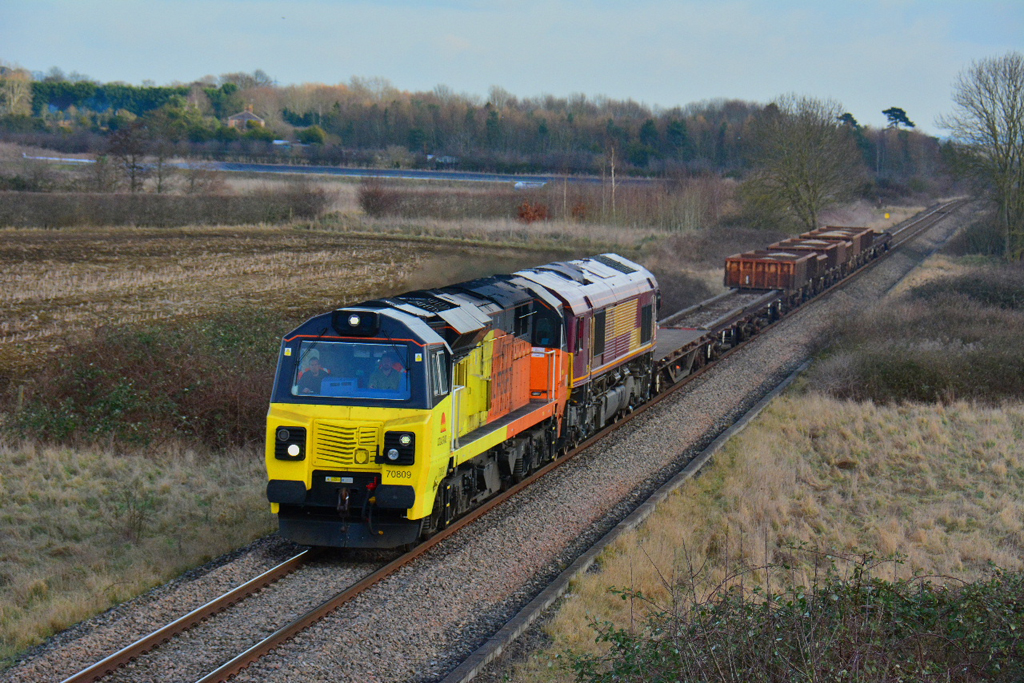 A landslip at Harbury which closed the line caused a number of unusual workings through the county. On 3rd February 2015 Colas livery class 70 diesel locomotive No.70809 towing DB Schenker Class 66 No.66176 on the 6M50 from Westbury to Bescot (12.25 Hinksey yard to Bescot) was re-routed via the North Cotswold line and Steve Widdowson photographed it passing Lower Moor near Pershore. 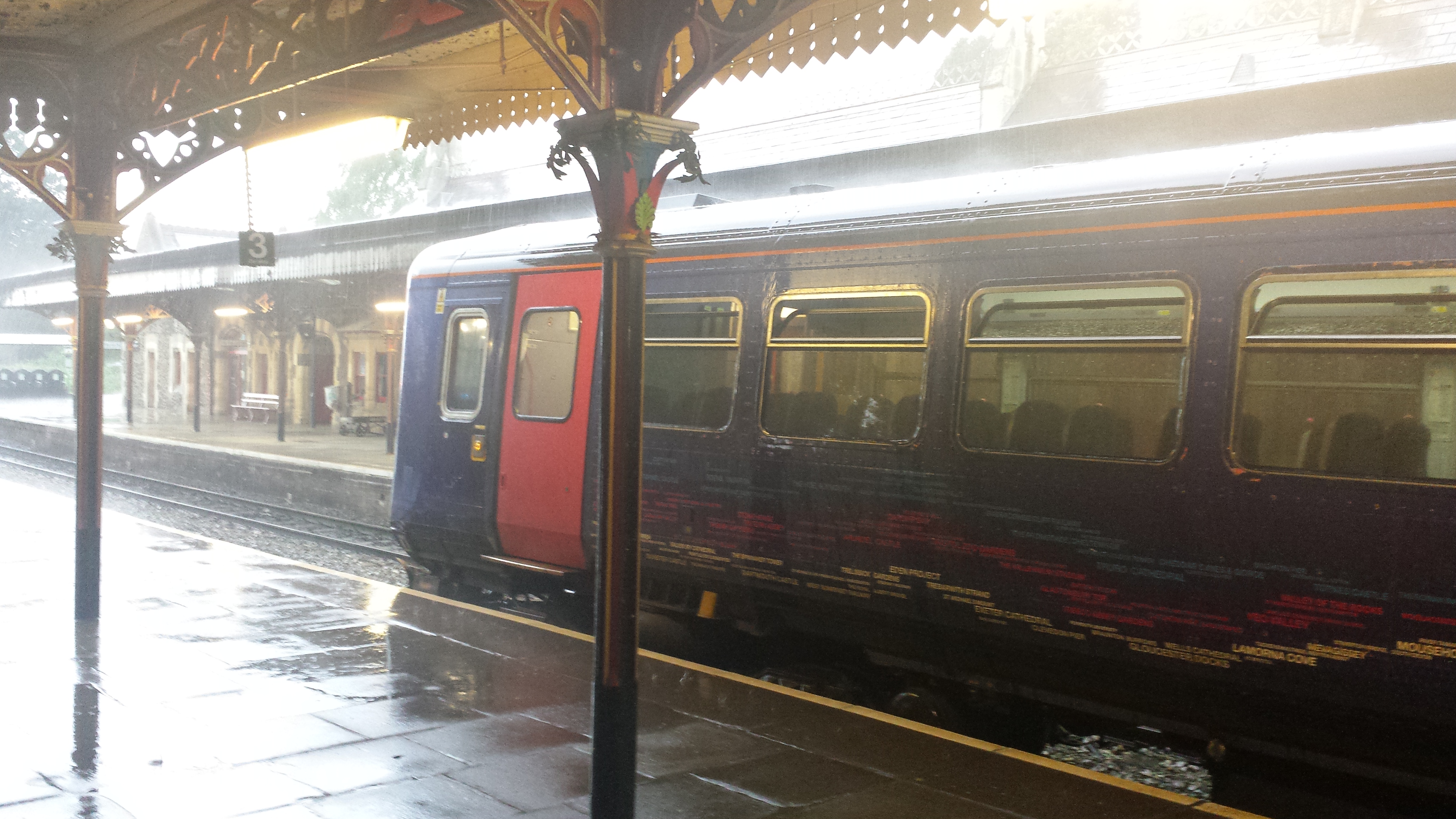 A massive thunderstorm greets the arrival at Great Malvern of First Great Western class 153 single car No.153305 (plus class 150 two-car diesel multiple unit No.150124) with train No.2E25 16.41 from Bristol Temple Meads to Great Malvern. In August 2015, because of engineering works in the Bath area, all Great Malvern services to and from the South Coast started and terminated at Bristol Temple Meads. The appearance of this class 153/150 three-car unit was a refreshing change from the normal three-car class 158 formations. 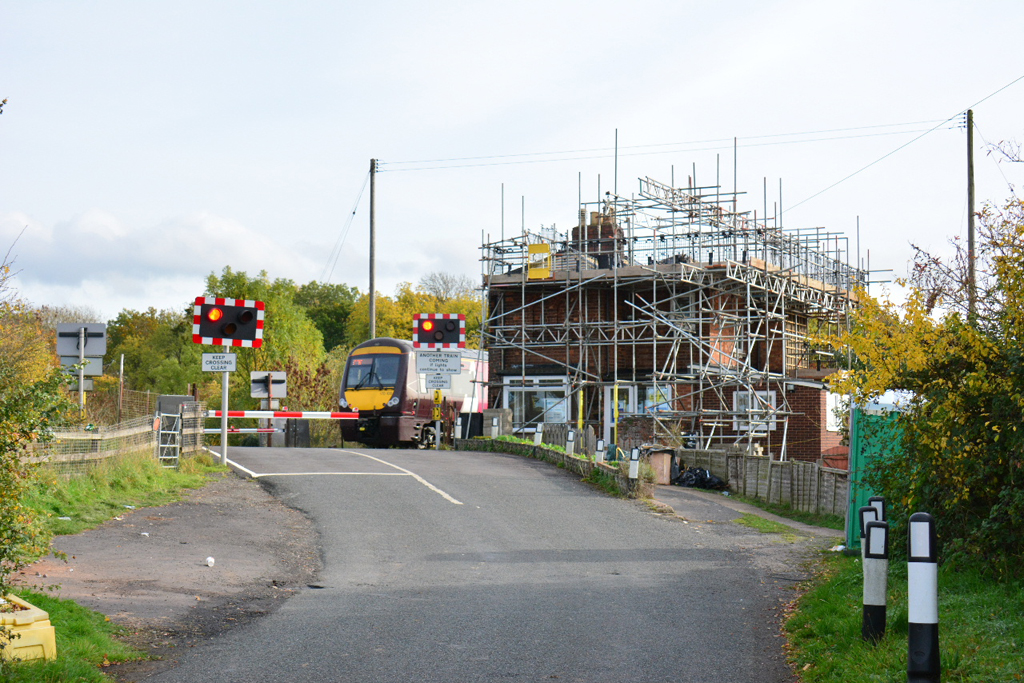 In October 2015 Network Rail started work to repair the house adjacent to the level crossing at Wadborough. Photograph taken by Steve Widdowson on 11th October 2015. 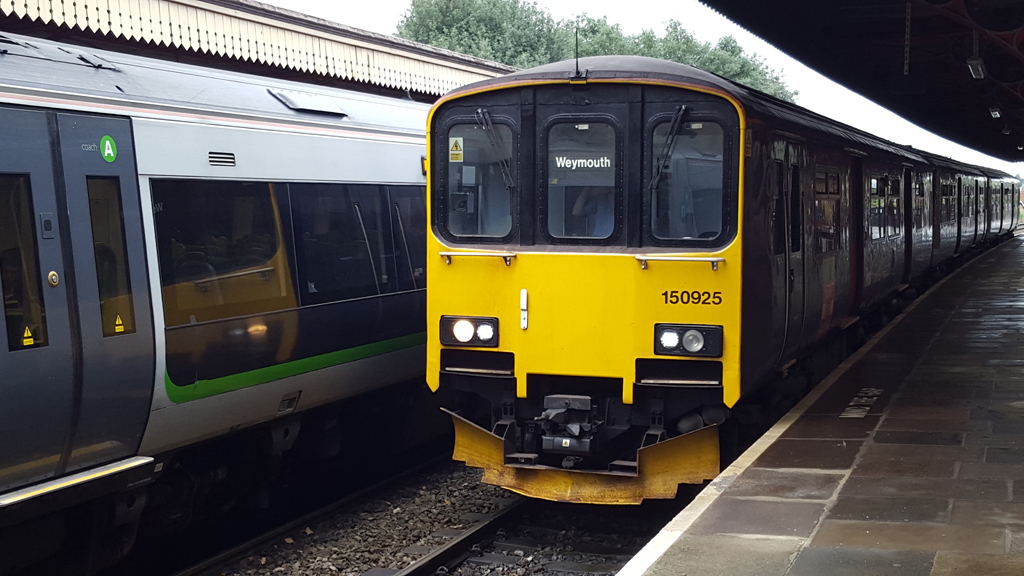 On 30th October 2015 the 14.50 from Great Malvern to Weymouth (headcode 1O94) was formed of class 150 three-car hybrid unit No.150925 instead of the normal class 158 three-car unit. The late arrival of the incoming working from Brighton saw the train leave Malvern 14 minutes late. Further time was lost to Weymouth where arrival was 31 minutes late. The late running of the train from Brighton also affected the 13.49 London Midland service from Birmingham to Hereford (headcode 1V27) which can be see at platform 2 (formed of class 170s Nos.170630 and 170519) and was running 26 minutes late. It was a day when late running was the norm with the next seven trains all running at least ten minutes late.