The Butts branch (authorised in 1859) was a short single track line that left the Worcester to Hereford line on a descending viaduct that started just to the west of Foregate Street Station. The line descended steeply to the level of the river and curved north to a headshunt between the river and racecourse. From here it went south, through a gap in the Bridge Street road bridge to terminate a hundred yards or so further along the river front. 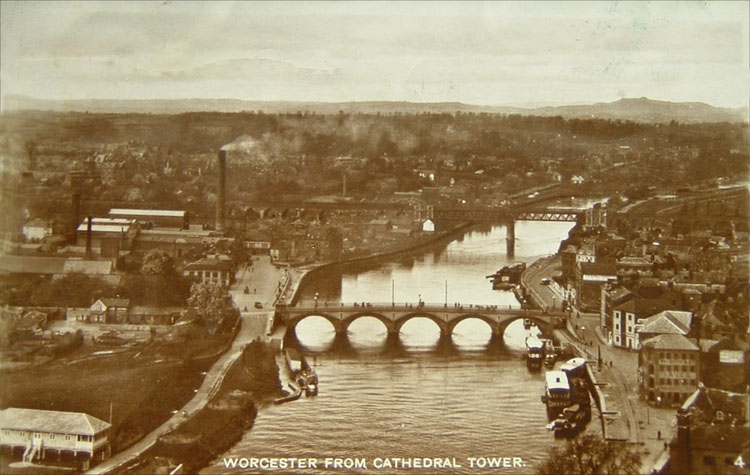 The Butts branch is clearly visible on the right hand side of this old postcard. The road bridge (complete with tram tracks) is in the foreground and the railway can be seen passing through the road bridge towards the railway bridge in the background. The chimney on the left bank of the river is part of the original Worcester power station before rebuilding. When the road bridge was rebuilt in 1931 the branch was truncated to finish north of the bridge and closed completely in 1957. Various parts of the branch including the bridge over Croft Road were demolished in June 1960 (Ref: The Railway Magazine, page 709, October 1960).

The initial intention had been for the line to continue south beyond the cathedral to terminate in the Diglis area where it was intended to interchange goods with the canal, but this part of the line was never built due to opposition from the church authorities

With the original intention for traffic on the line being thwarted there can have been very little goods traffic to justify its existence. It has been suggested that, on race days, horses were loaded and unloaded but this would, at best, have been infrequent. The GWR Service Timetable (No.14)(dated February 1912) states that in respect of the 5.40pm Mondays only Worcester to Hockley (Cattle Train) "Engine to come out of the Locomotive Shed at 3.45pm, run to the Butt's (sic) Branch to fetch cattle, and to make up a load at Worcester with other traffic when not fully loaded with Cattle for stations where timed to stop". This train made stops at Kidderminster and Stourbridge before arriving at Hockley. This traffic would appear to be the main source of revenue on the branch.

There are substantial parts of the branch still remaining as these are in use as under-arch storage units. This photograph taken by Andrew Smith on 26th April 2006 shows the remains of the Butts Branch descending to ground level. The Worcester to Hereford Railway is at the higher level. This photograph taken from Worcester Racecourse on 26th April 2006 shows a Class 180 dmu on a train from London with the remains of the Butts Branch visible behind the cars. 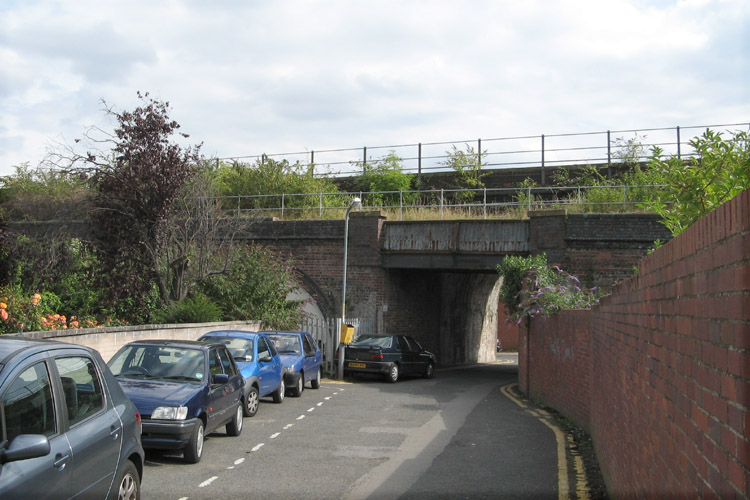 These three photographs were taken by Andrew Smith on 22nd August 2006 and show the one surviving bridge on the former Butts Branch. There seems no obvious reason why this bridge (which has a clearance of only 11 feet) should not have been demolished after the line had closed. Close examination of the bridge reveals that the ironwork carries the plates of McKenzie, Clunes & Holland of the Vulcan Iron Works which indicated that the bridge dates from the construction of the branch c1861. 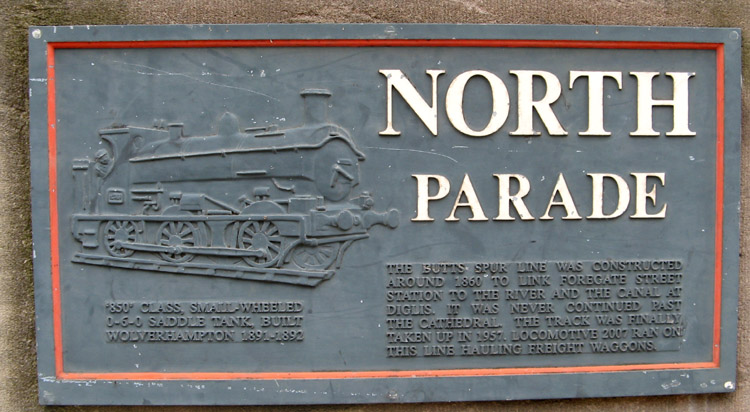 This interesting notice appears on the river bank wall near to the road bridge at Worcester.