This extract from a 1930s Ordnance Survey map shows the location of Suckley Station adjacent to the minor road to Knightwick. The village of Suckley lies off the map to the south. 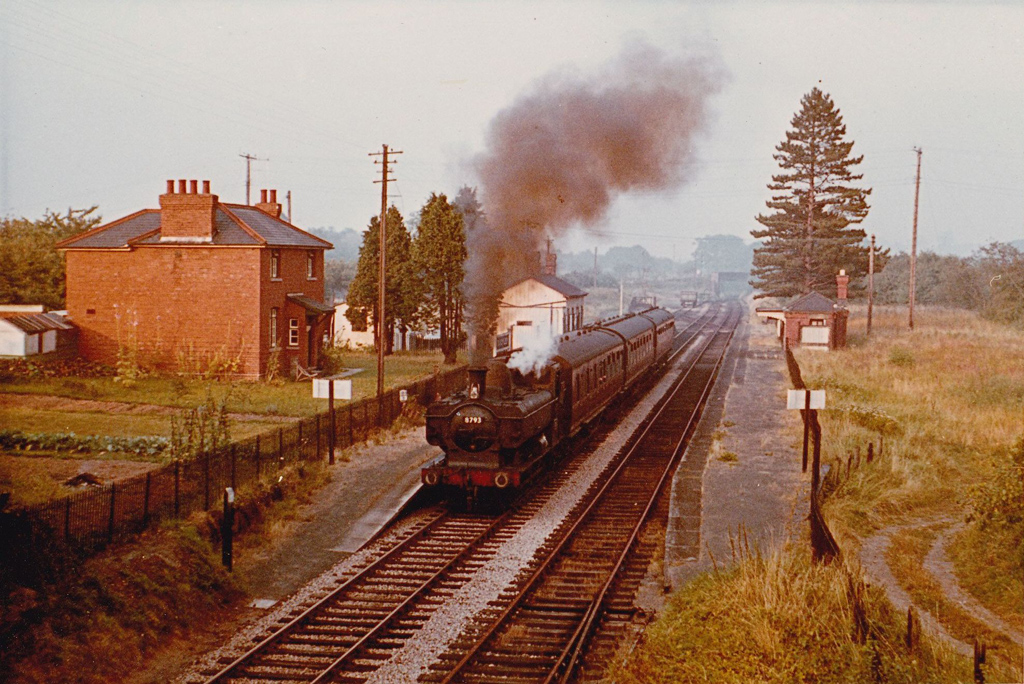 Suckley Station was about one and a half miles north of the village of Suckley. The station consisted of two platforms and passing loop. In 1956 the passing loop and one of the platforms (both opened in 1908) were taken out of regular use but remained in-situ. The station was situated at Knightwick Row to the east of the minor road from Suckley to Knightwick. The photograph (above), taken from this road bridge, shows Pannier Tank 0-6-0 No.8793 at the station with the 17:45 service from Worcester Shrub Hill to Bromyard. The photograph was taken by Keith Farmer on 3rd September 1964 which was the last day of normal operation before closure. The substantial house on the left hand side of the photograph became a private dwelling house and remained in use as such in 2012. 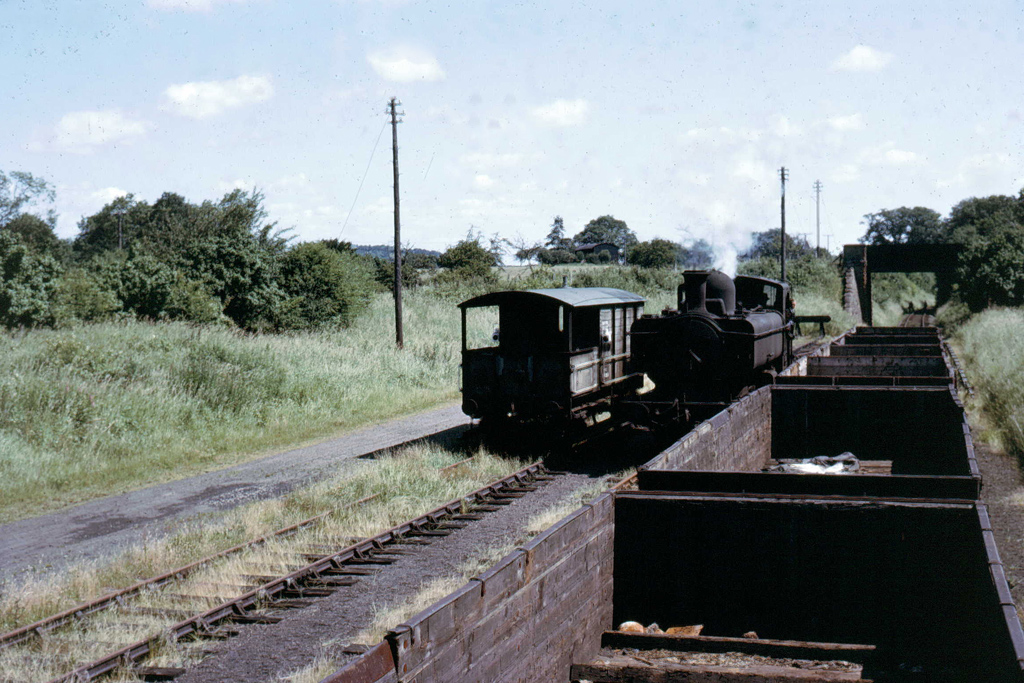 By 2012 the entire station area had become so overgrown that nothing could be seen from public viewpoints. Just about the only sign of any original railway interest were a free sections of old wooden fencing at the Highfields end of the site. Photograph taken by Andrew Smith on 19th November 2012.