One hundred and ninety seven (197) power cars (later designated as class 43) were built at BR's Workshops at Crewe in the period from 1976 to 1982. Originally the trains ran as dedicated diesel multiple unit sets and were allocated set numbers as classes 252 (prototype unit), 253 or 254. The main difference between the two classes being that they ran with either seven or eight carriages. This arrangement was found to be inflexible and the fixed formations were abandoned in 1988. The trains are capable of travelling at 125 miles per hour and sets are therefore commonly referred to as HSTs or 125s. For ease of reference the power cars are referred to as 'class 43' throughout this site. 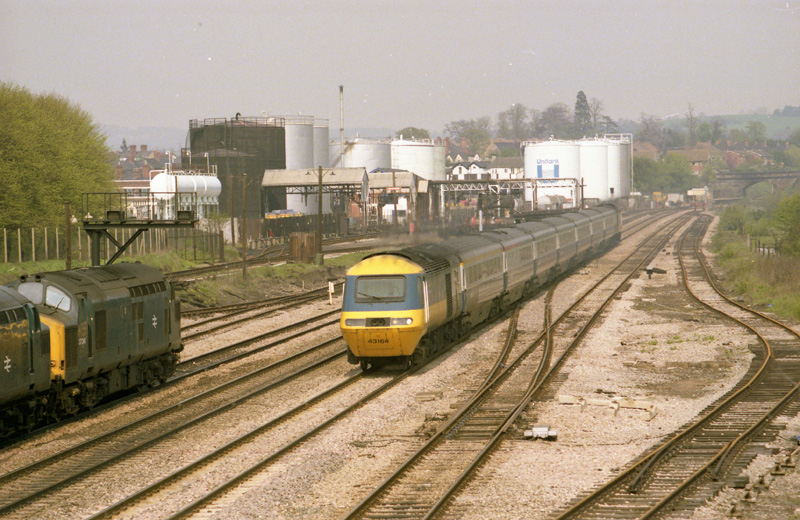 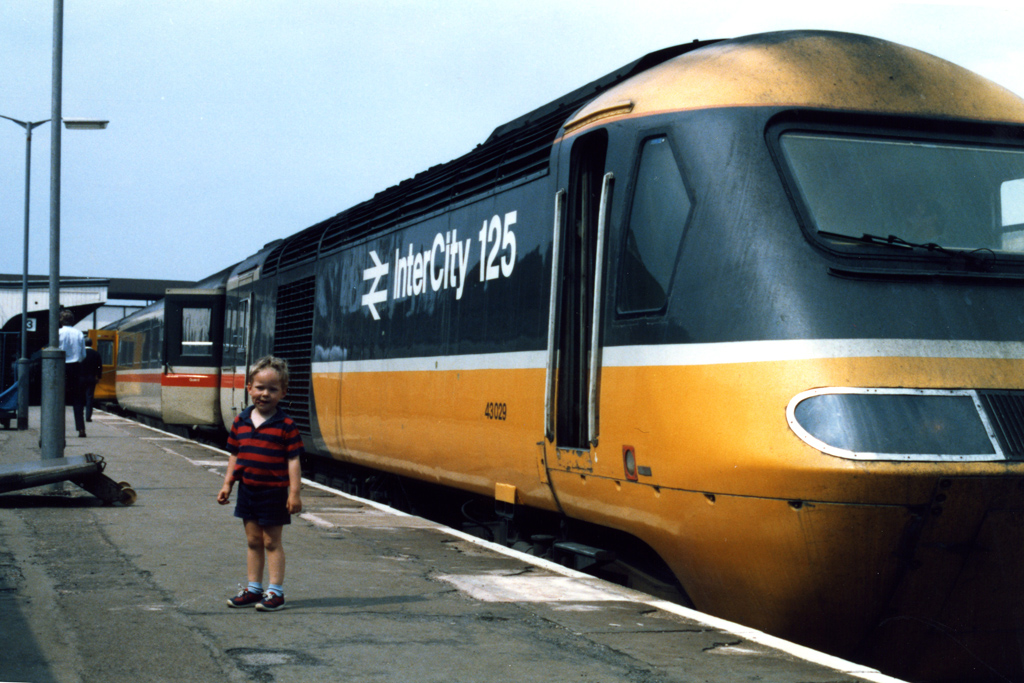 In April 1986, class 43 power car No.43029, in BR InterCity 125 livery, was photographed by Andrew Smith, at Worcester Shrub Hill Station on a 'down' express from London Paddington to Great Malvern. 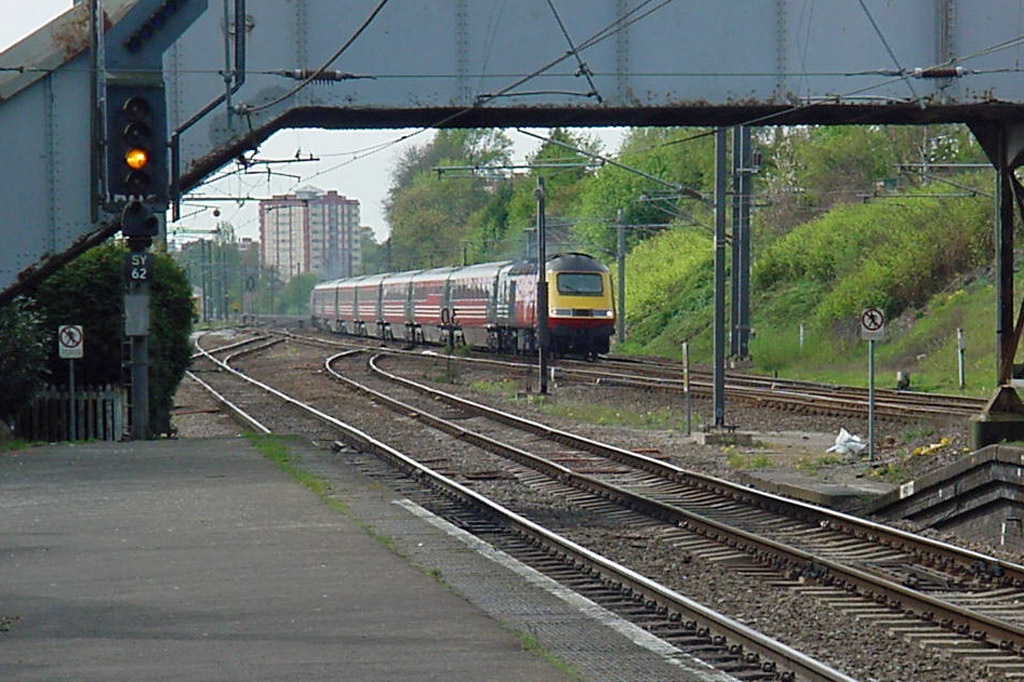 In Virgin Trains livery Class 43 power car No.43084 (with No.43079 at the rear) was photographed approaching Kings Norton Station on 25th April 2002. Photograph taken by Andrew Smith. 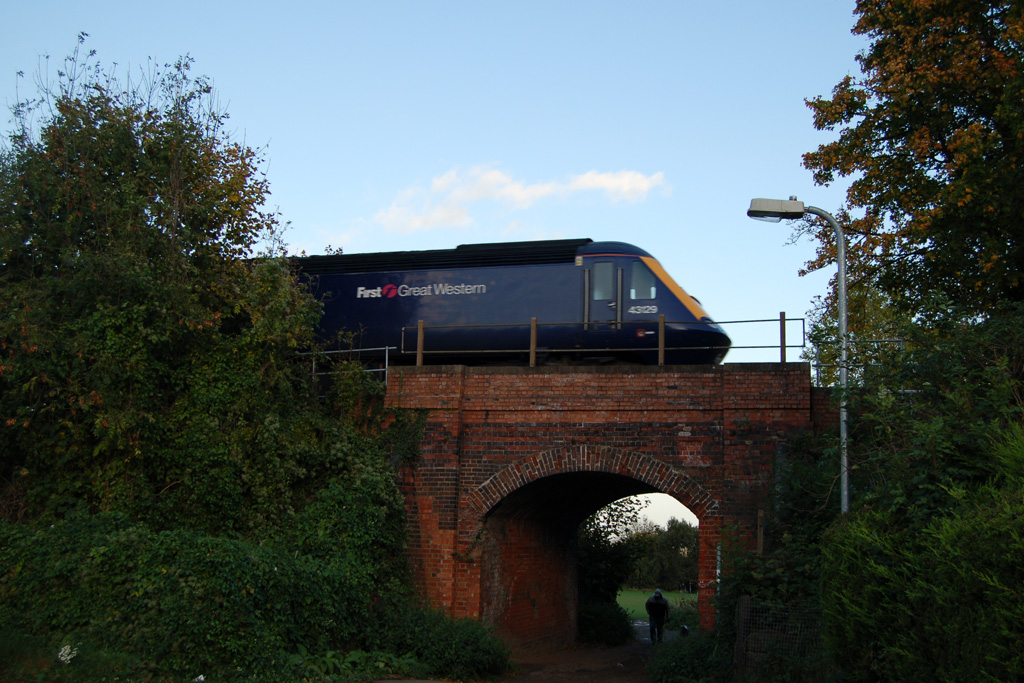 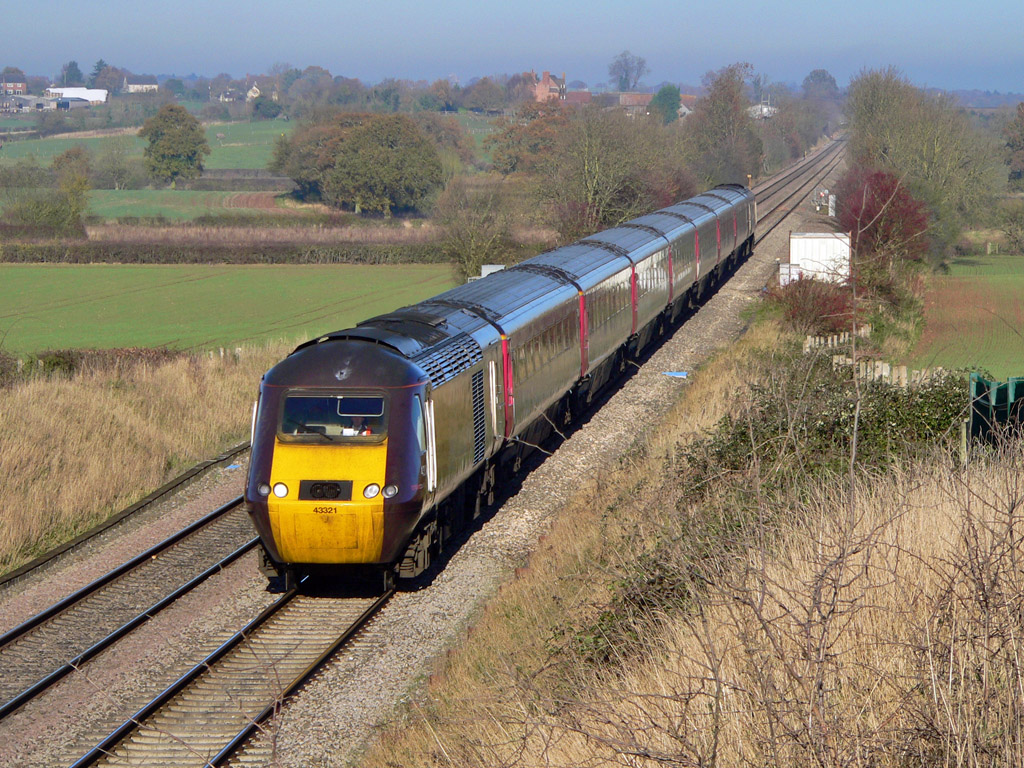 The Cross Country Trains livery is perhaps the worst ever carried by the 'HST's but is seen here at its best in this photograph taken by Robert Cooke at Bredicot. The power cars are Nos.43321 and 43207 with train diagram XC804, the 1V50 06:08 service from Edinburgh to Plymouth. 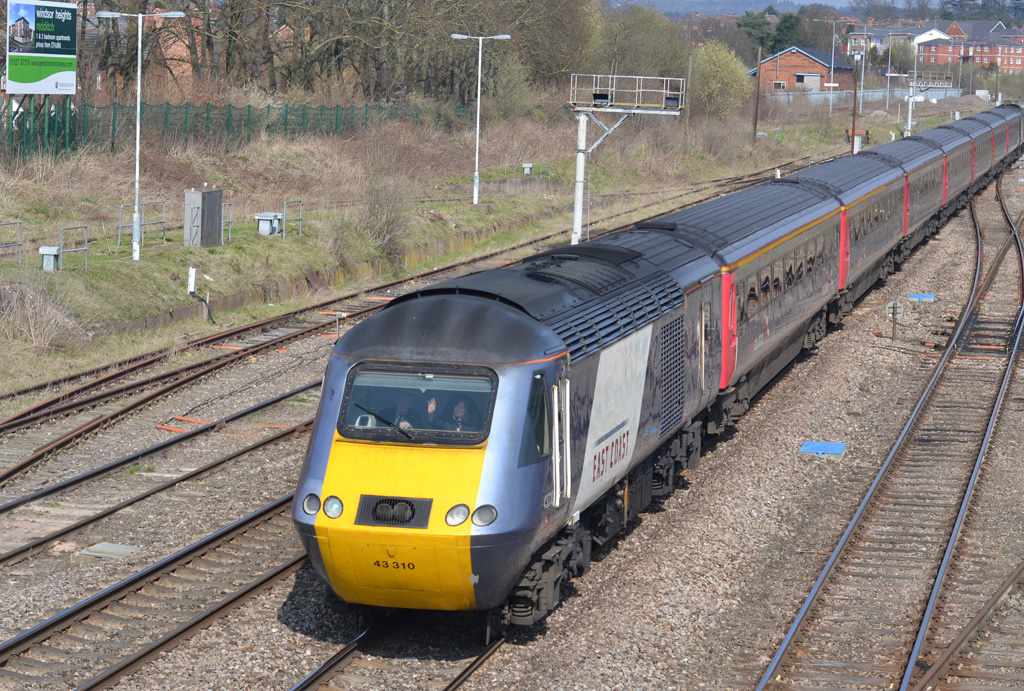 From the same spot as the photograph of class 43 No.43164 (above) but nearly twenty-seven years later (on 23rd March 2011) the view was much changed with only the signals and former goods shed remaining (the latter was out of use), at least the 'HST' belies the march of time. Class 43 power car No.43310 in East Coast livery was at the head of the 06:08 Cross Country Trains service from Edinburgh to Plymouth. The train was running over ninety minutes late when it passed Bromsgrove suggesting perhaps a power car failure. 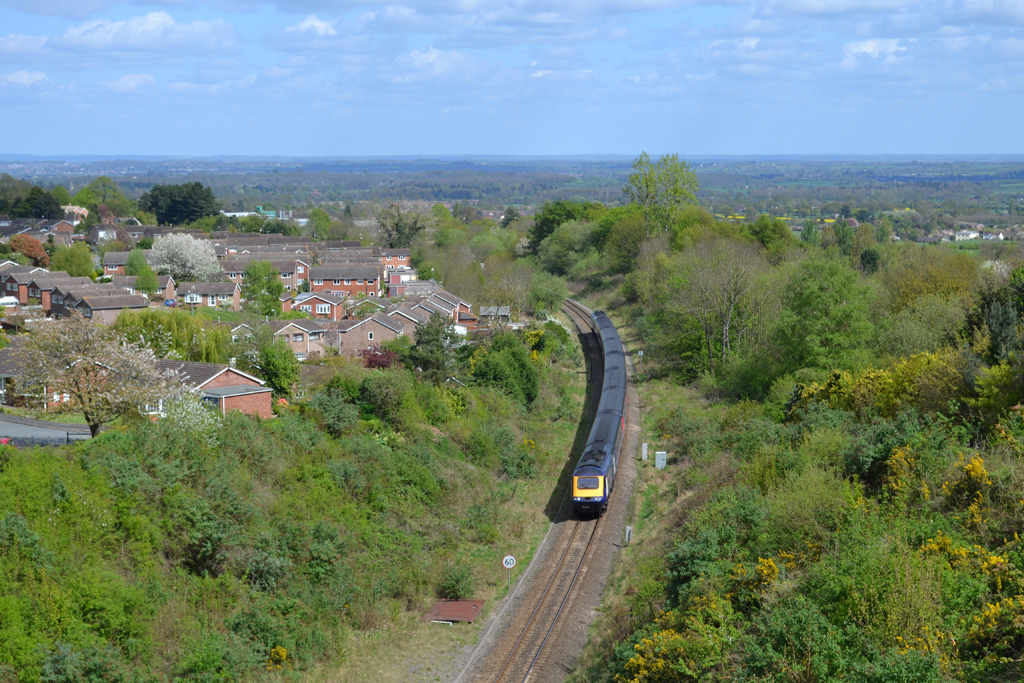 First Great Western 'HST' Nos.43143 'Stroud 700' and 43165 'Prince Michael of Kent' with the 10:22 service from London Paddington to Hereford on the single track section between Malvern Wells to Ledbury about to enter the tunnel through the Malvern Hills on 12th April 2011. Photograph taken by Andrew Smith. 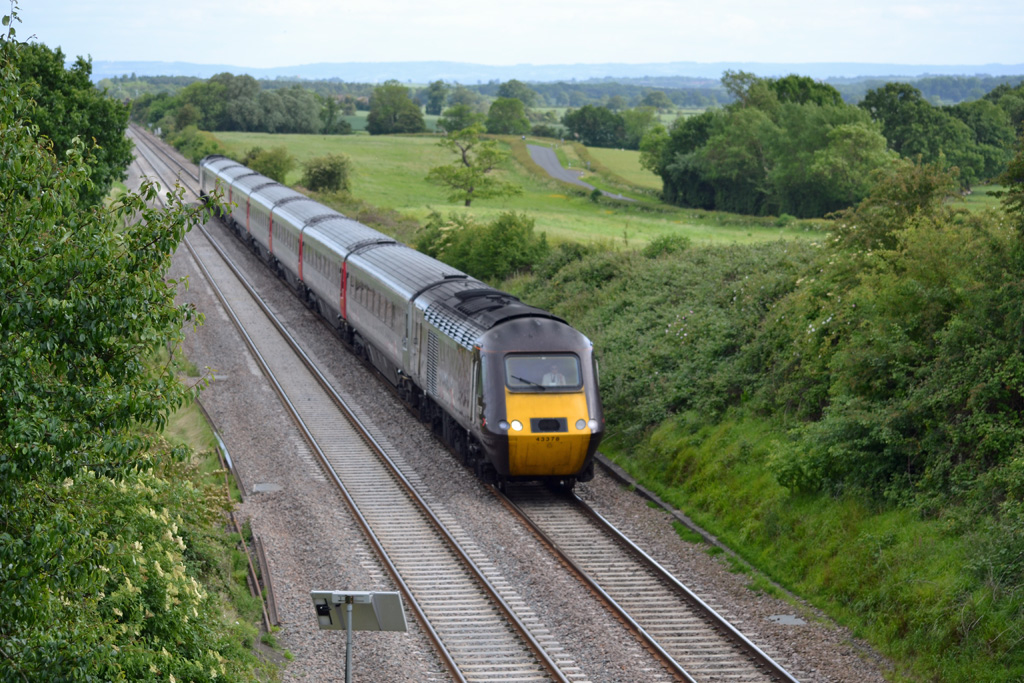 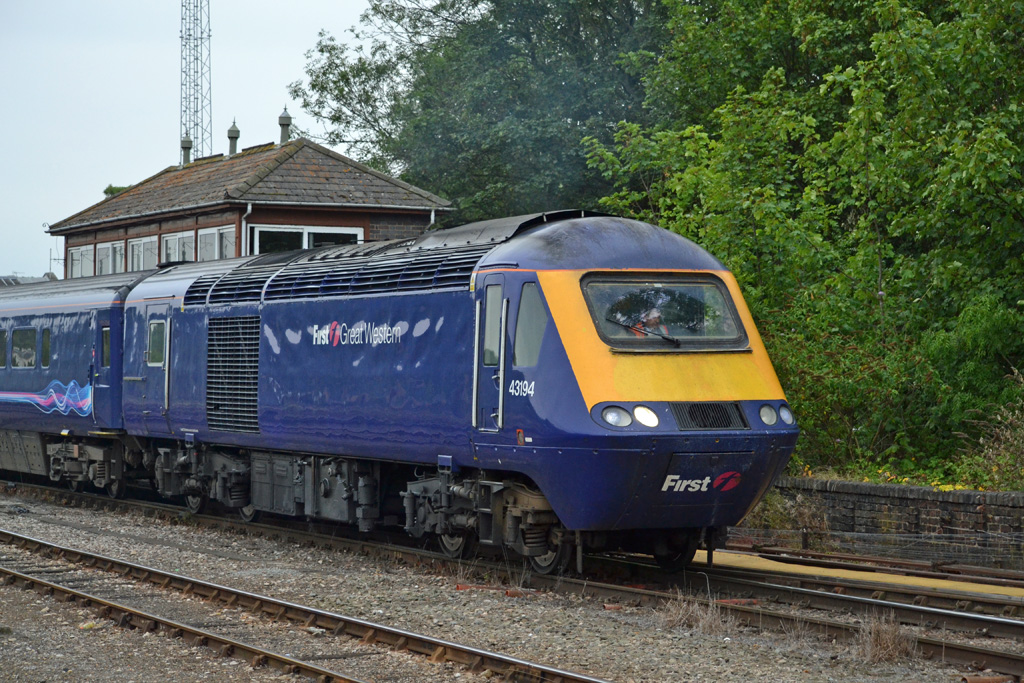 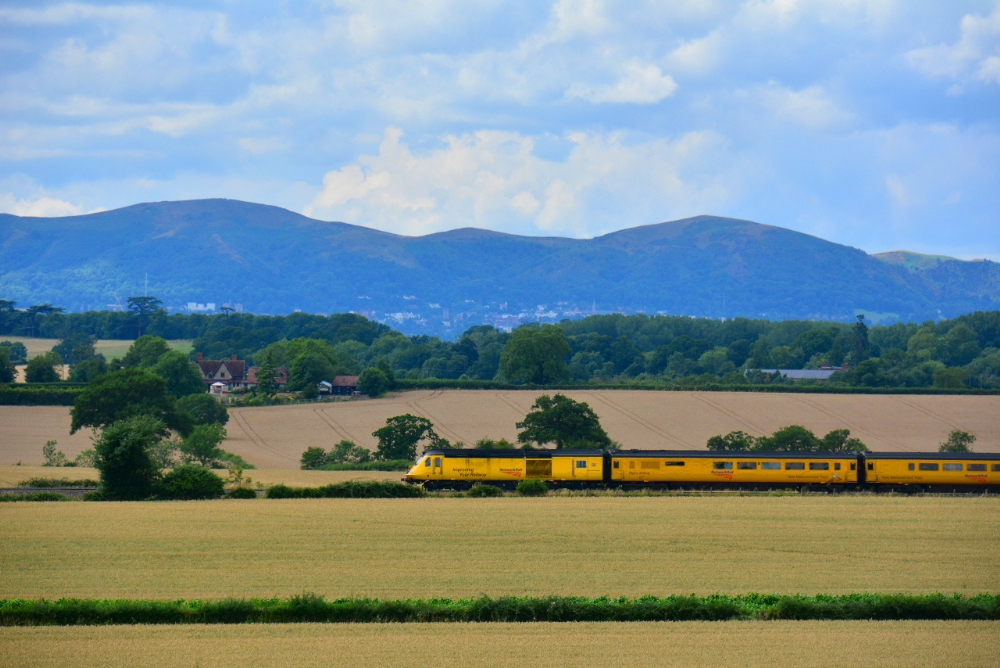 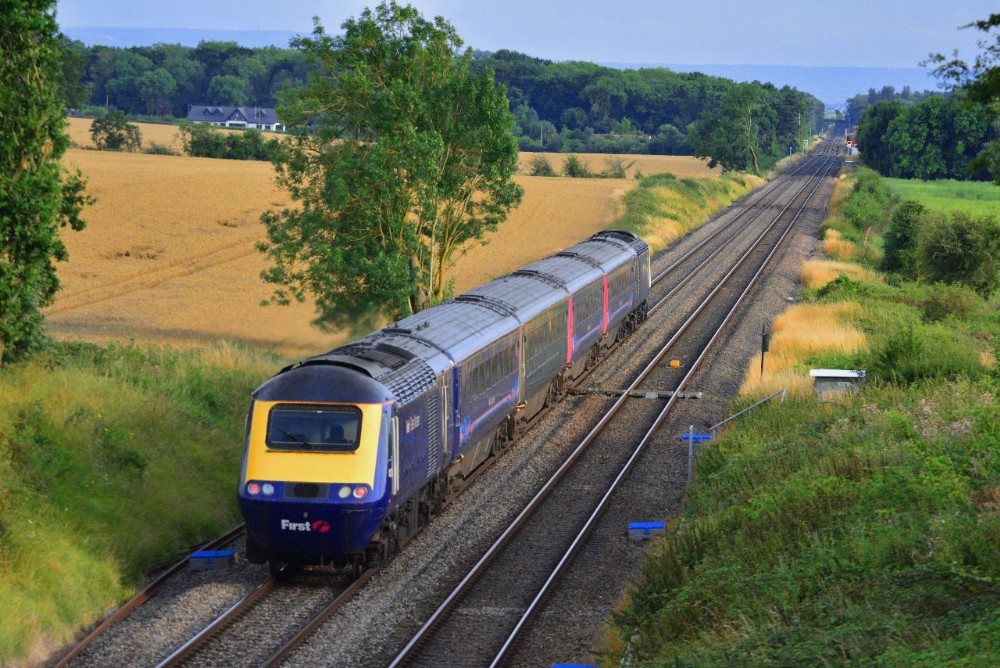 The long reign of the "HST 125s" on the Cotswold line which ended in April 2019 has provided the occasional opportunity to see a refurbised  and short-formed set coming up from Bristol Temple Meads The first known such working occured on 4th August 2019 when Nos.43086 and 43181 worked train code No.2E42, the 14.39 to Worcester. Steve Widdowson took this lovely photograph, taken at Abbotswood Junction, of the return working (train code 2T45, 18.40 to Bristol Temple Meads).
Back to content