Croome is between Abbotswood and Defford on the former Birmingham and Gloucester Railway line. It is an excellent location to take photographs of trains heading towards Gloucester. 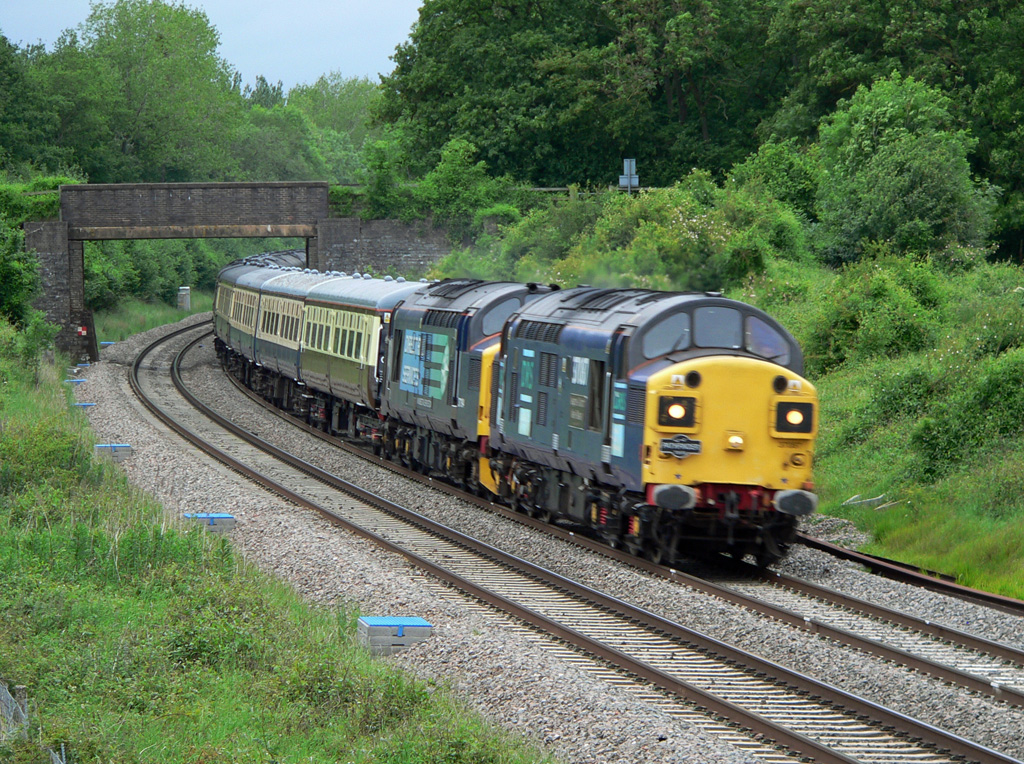 A pair of class 37 diesel locomotives in different versions of DRS livery head under the road bridge at Croome with the Pathfinder Tours 'Curnow Irrupter' railtour from Tame Bridge Parkway to Cornwall. The leading locomotive which is No.37087 'Keighley & Worth Valley Railway 40th Anniversary 1968-2008' is in the original livery whilst No.37195 features a revised livery which includes a compass design. Photograph taken by Robert Cooke at 6:49am on the morning of Saturday 28th May 2011. 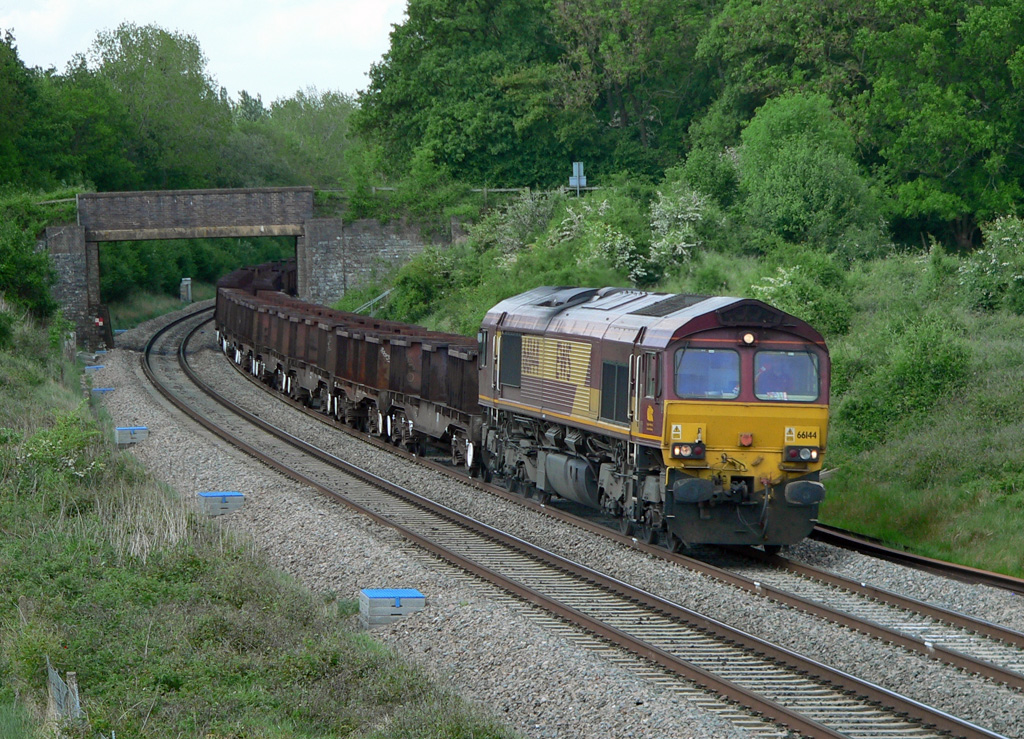 Class 66 diesel locomotive No.66144 was at the head of the afternoon train of empty wagons from Corby to Margam (headcode No.6V92), being photographed passing Croome at 2:45pm on 6th May 2011. Photograph taken by Robert Cooke. 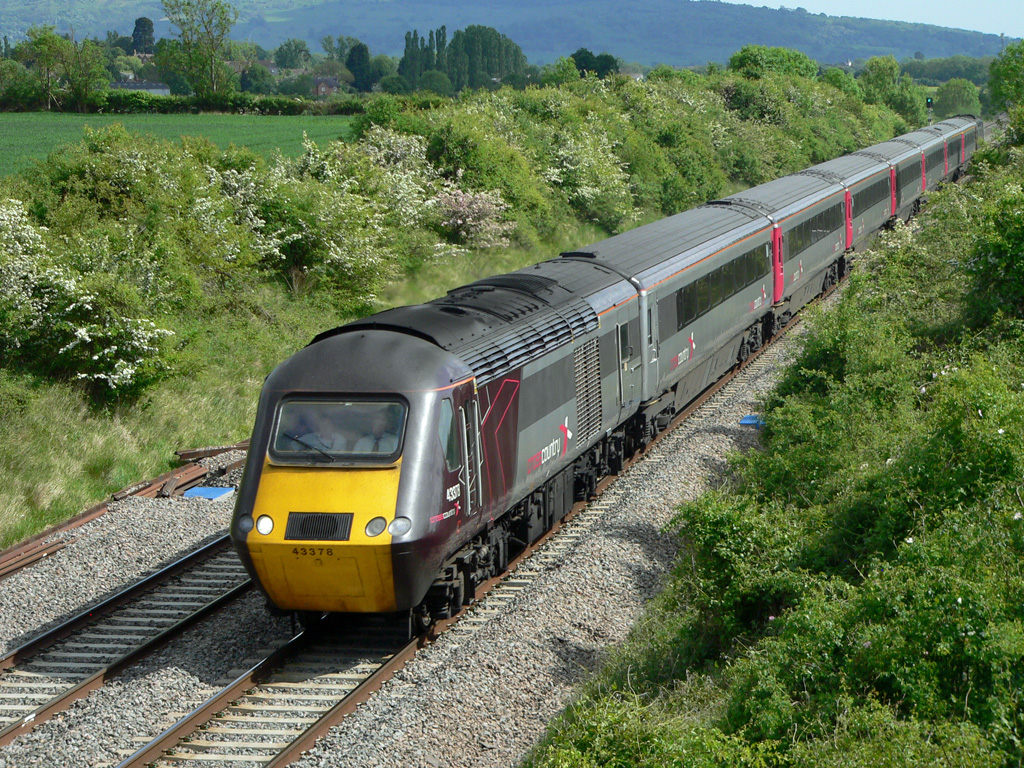 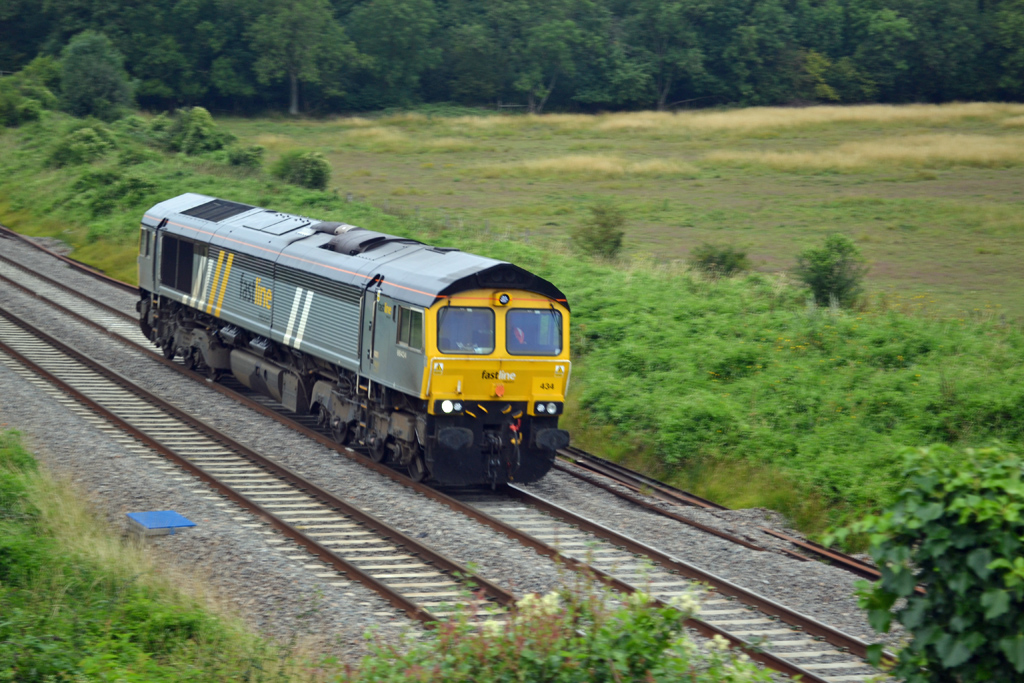 On Thursday 29th July 2011 the weather was bad and little was due in the way of freight traffic so the sight of class 66 diesel locomotive No.66434 in Fastline livery was most welcome (the locomotive had been sub-leased from DRS to Jarvis/Fastline and re-liveried just before the latter’s collapse) with train code No.0Z77, a light engine working from DRS Crewe Gresty Bridge Depot to Cardiff. Photograph taken by Andrew Smith.

Photograph of a class 40 diesel locomotive at Croome