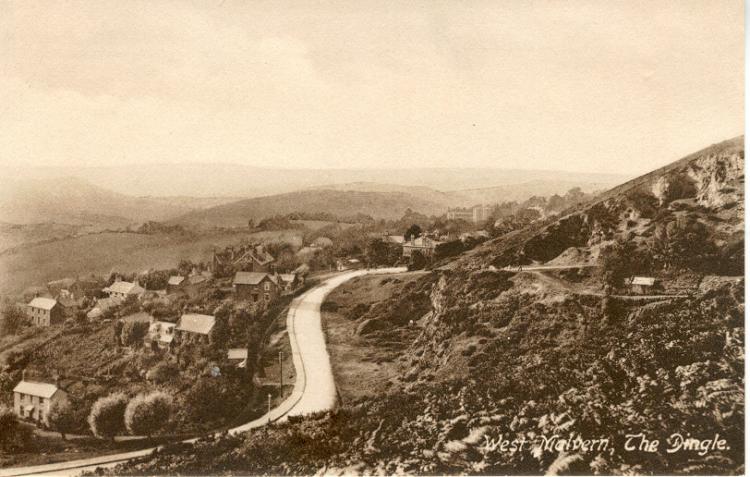 This old postcard is taken from the west side of the hills looking north. There is an old quarry to the east of the West Malvern Road at the same level that is now a small car park and bus stop. The road behind this that leads off to the right hand side of the postcard is known as 'The Dingle' and eventually turns into a path up Sugar Loaf Hill and leads to St Anne's Well on the other side of the hill. Amongst the buildings prominent in the background is St James's school.

Three easily identifiable quarries can be accessed from here. Strictly speaking there was a upper, middle and lower quarry at The Dingle. The quarries are owned by the Malvern Hills Conservators and access is freely available.

Cars should be parked at or near to the bus turning circle at the southern end of the village. 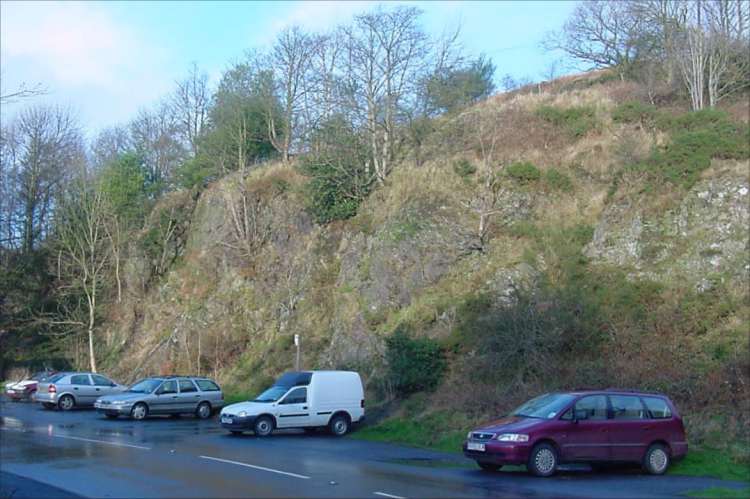 The quarry face immediately behind the car park is the Lower Dingle Quarry.

From here walk north alongside West Malvern Road for about 50 yards to 'The Brewers Arms' public house. A stone track leads up the hill from the opposite side of the road and the Middle Dingle Quarry (sometimes rather confusingly called 'Lower Dingle Quarry') is reached on the left hand side after about 50 yards. 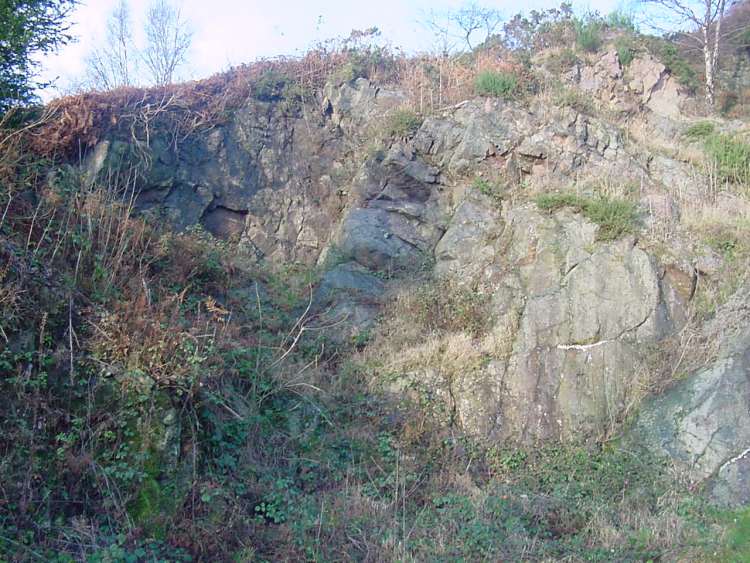 Unusually the Middle Dingle Quarry has both an entrance and an exit. 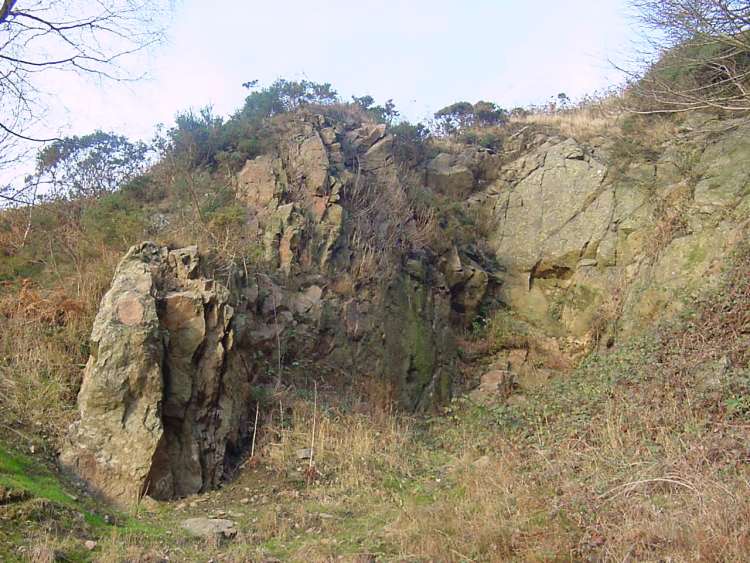 To access the Upper Dingle Quarry it is necessary to take a small path on the left just beyond the exit to Middle Dingle Quarry. Care must be exercised on this path as it falls away steeply in places. 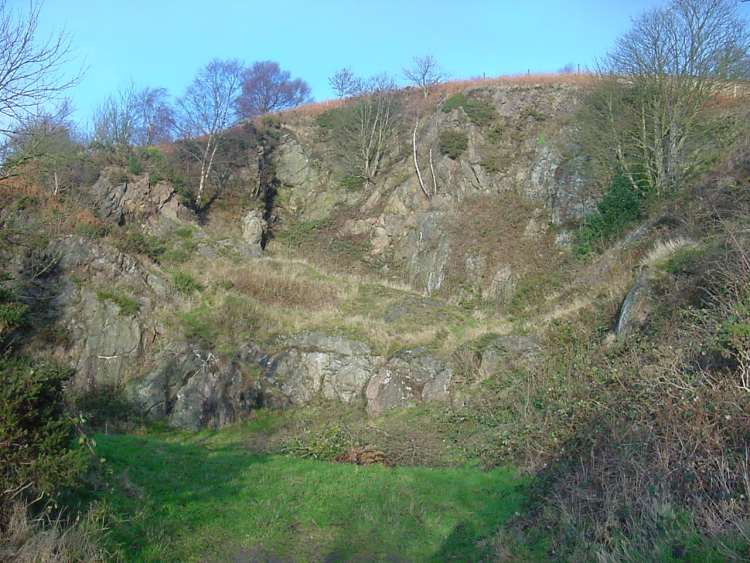 All four photographs were taken by Andrew Smith on 27th December 2002.