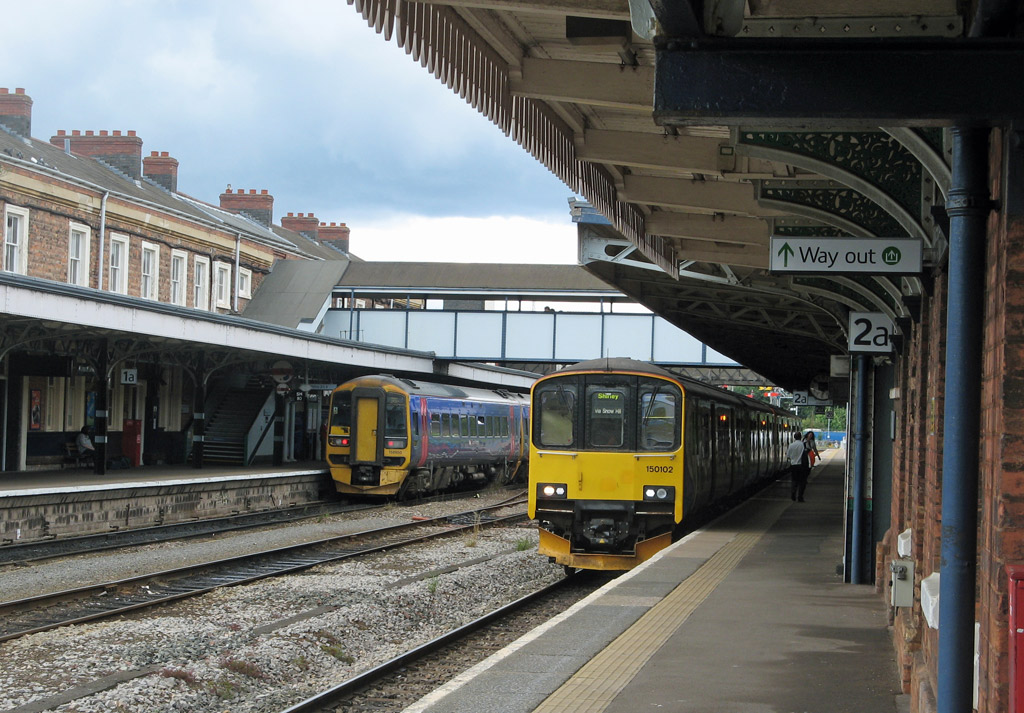 Just visible on platform 1 is the rear part of the First Great Western hybrid three-car class 158 diesel multiple unit No.158950 on the 08:00 service from Brighton to Great Malvern. On platform 2 is a pair of London Midland's class 150 two-car diesel multiple units with car No.57102 (from unit No.150102) at the front. The rear most class 150 set is No.150106. This train was as correctly indicated waiting to take the 14:47 service from Shrub Hill to Shirley via Kidderminster. It had previously worked the 12:46 service from Dorridge to Shrub Hill. 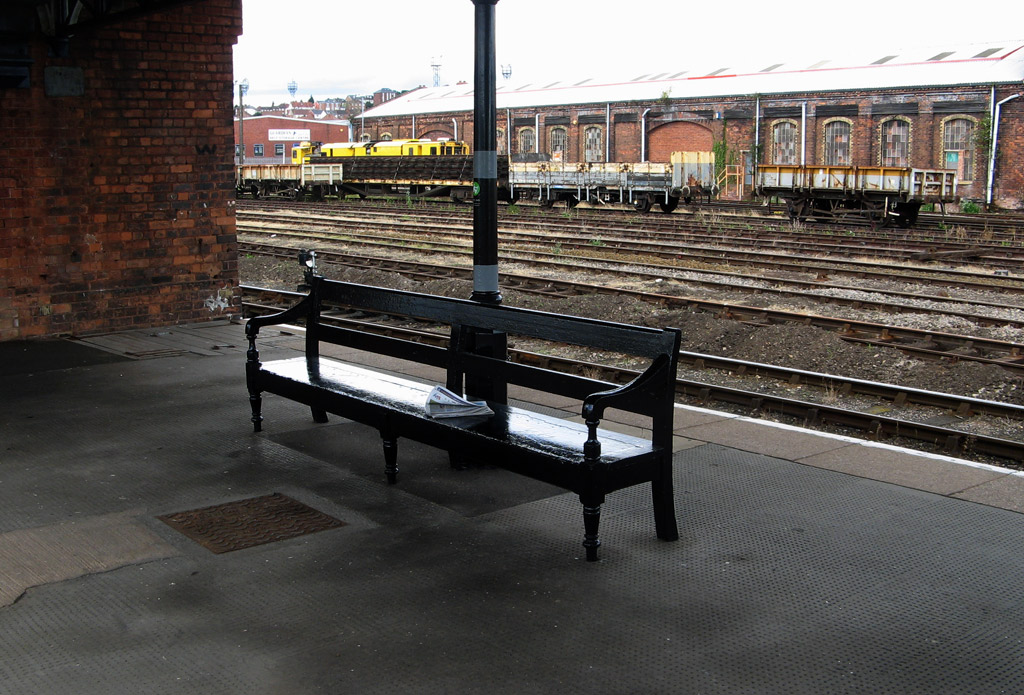 The lavish passenger facilities at the poorly situated platform three at Shrub Hill consist of this seat which is at least under shelter. The tracks in the goods yard have been cleared of weeds but ZDA wagon No.973422 (on right) continues to sit quietly as it has done for many years (see 2006). The yellow item of plant is a Stoneblower machine. 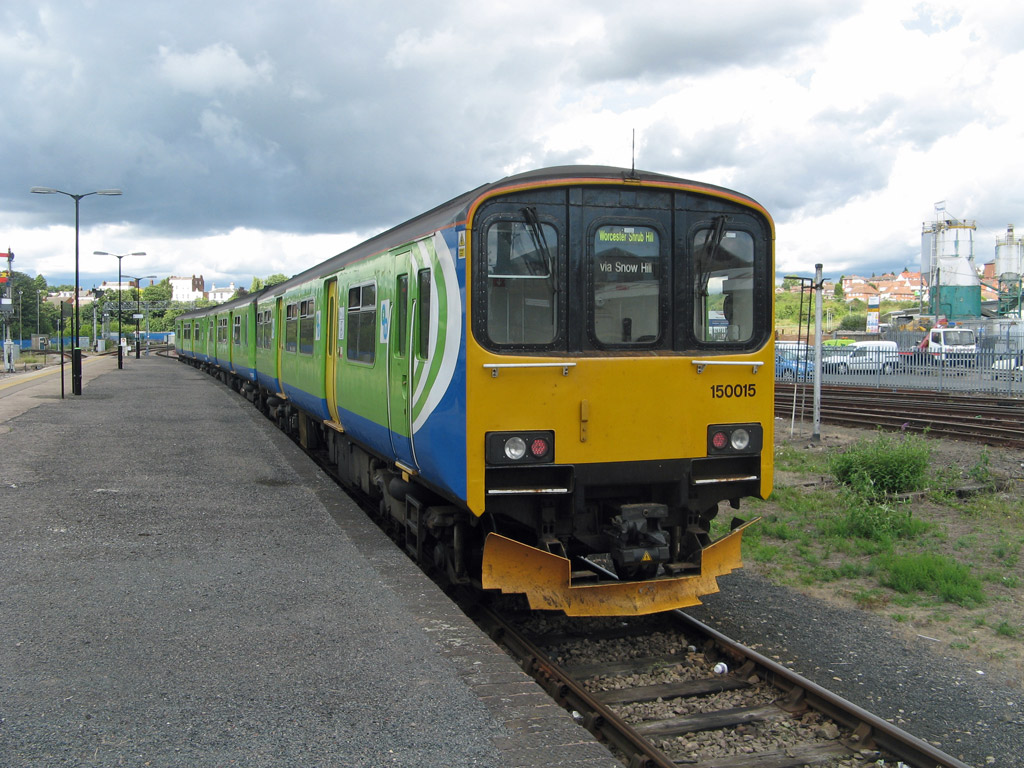 An ominous black cloud hovers over Worcester's diesel multiple unit depot (on the left hand side beyond the signals) as London Midland's Network West Midlands branded class 150 three-car hybrid unit No.150015 awaits its next duty. The cloud should have warned race goers that a little known horse called 'Western Pride' was about to win at Worcester Races at odds of 66 to 1, thus handing all of the punters hard-earned cash to the bookmakers. Sadly no BR Western Region excursion bookings were being taken: 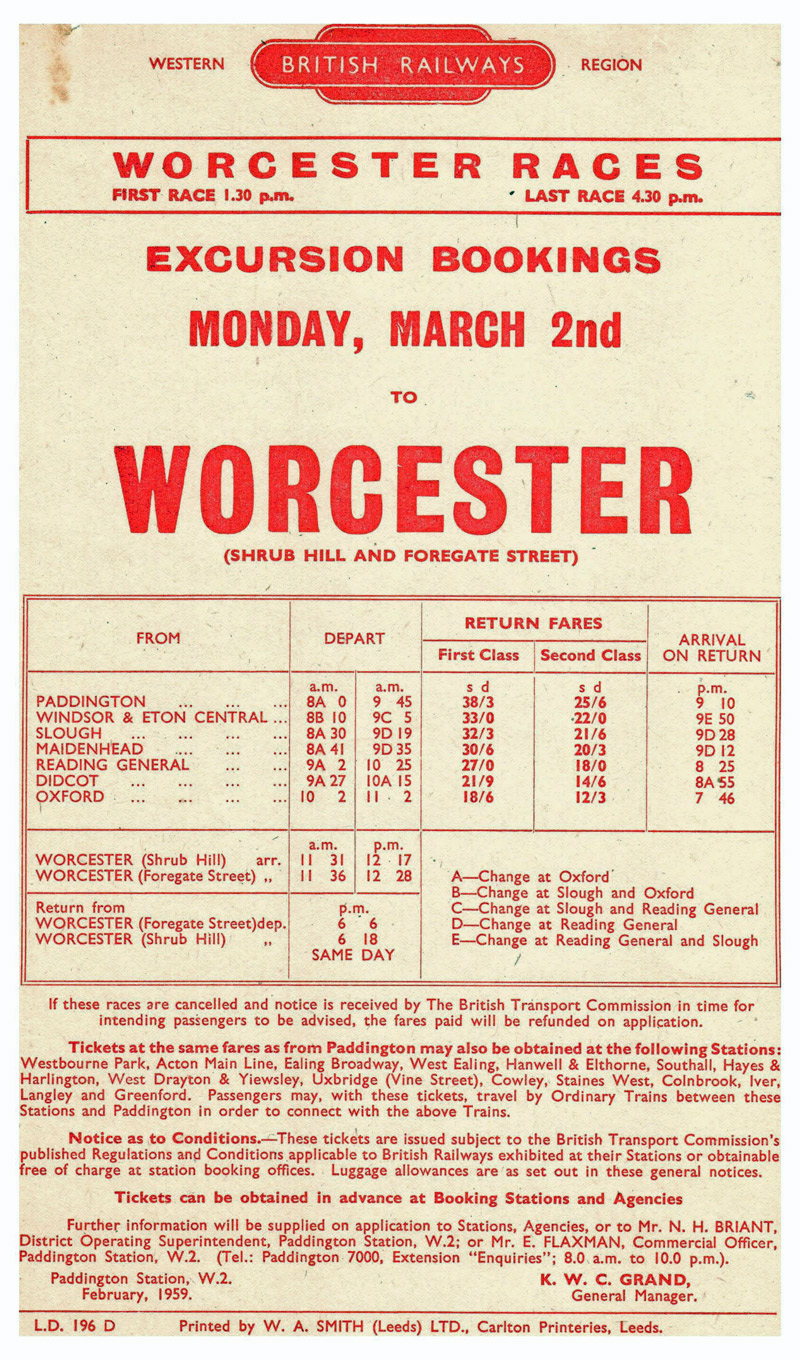 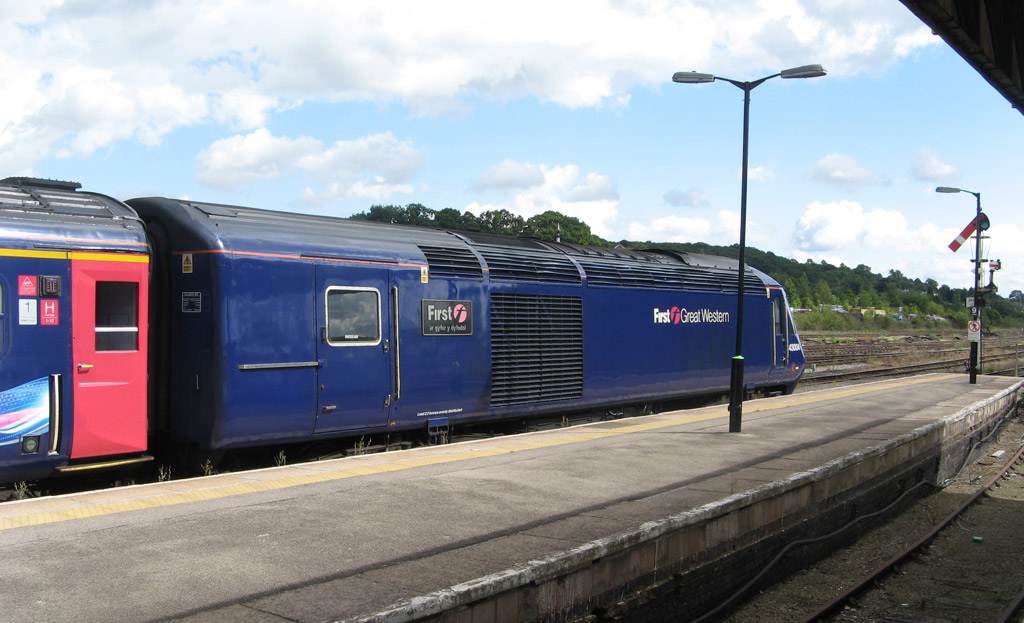 The apt name of 'First' is carried by First Great Western HST power car No.43004 seen leaving platform 1 at Shrub Hill on the 14:34 service from Great Malvern to London Paddington. Although nominally rostered for an HST this service was seen later the same week being worked by a class 166 diesel multiple unit.