THE EVER CHANGING FACE OF PUBLICITY

Over the years many different brands have been used to promote the railways in Worcestershire. A few of these are illustrated here. 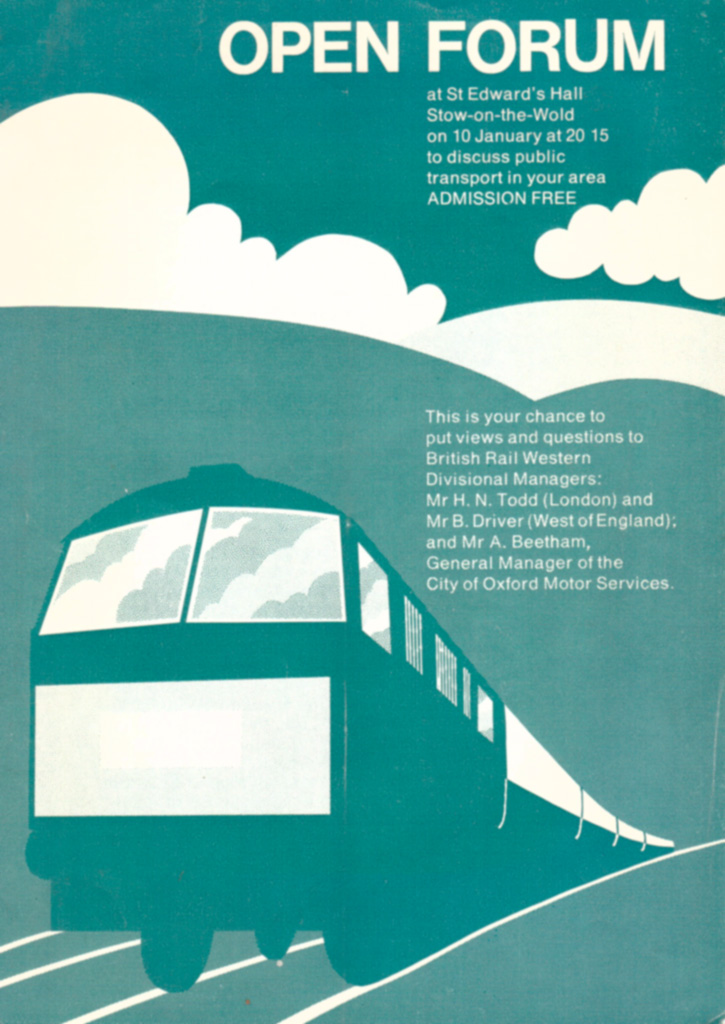 This early example (1973) of an artist's interpretation of what presumably started out as a class 52 diesel hydraulic locomotive sets the standard for others to follow. It comes from a leaflet produced for an Open Forum of road and bus users but the accompanying text sets a sombre tone indeed in relation to what it calls the "Oxford Worcester line" stating that "Some sections were made simple to reduce the cost of maintenance, and in fact several hundred thousand pounds have already been saved". 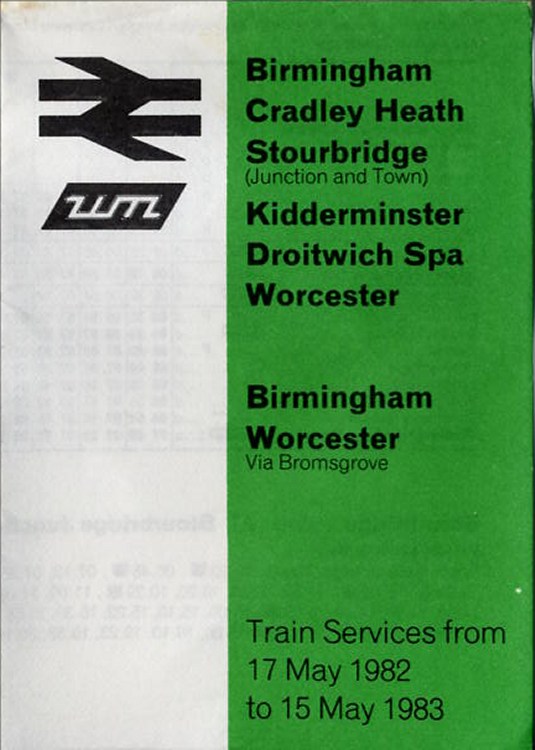 After the Labour Government passed the Transport Act of 1968, the bus operations in Birmingham, West Bromwich, Walsall and Wolverhampton were taken over by the West Midlands Passenger Transport Executive who by virtue of Section 20 of the Act also become involved in financial support for the West Midlands railways. It published a Development Plan in 1970 that paved the way to a fully integrated transport system for the area. WMPTE adopted the 'WM' logo as seen on the above timetable and stations and trains were similarly branded. The 'WM' logo was at its best when affixed to diesel multiple units painted in a short lived predominately white colour scheme: 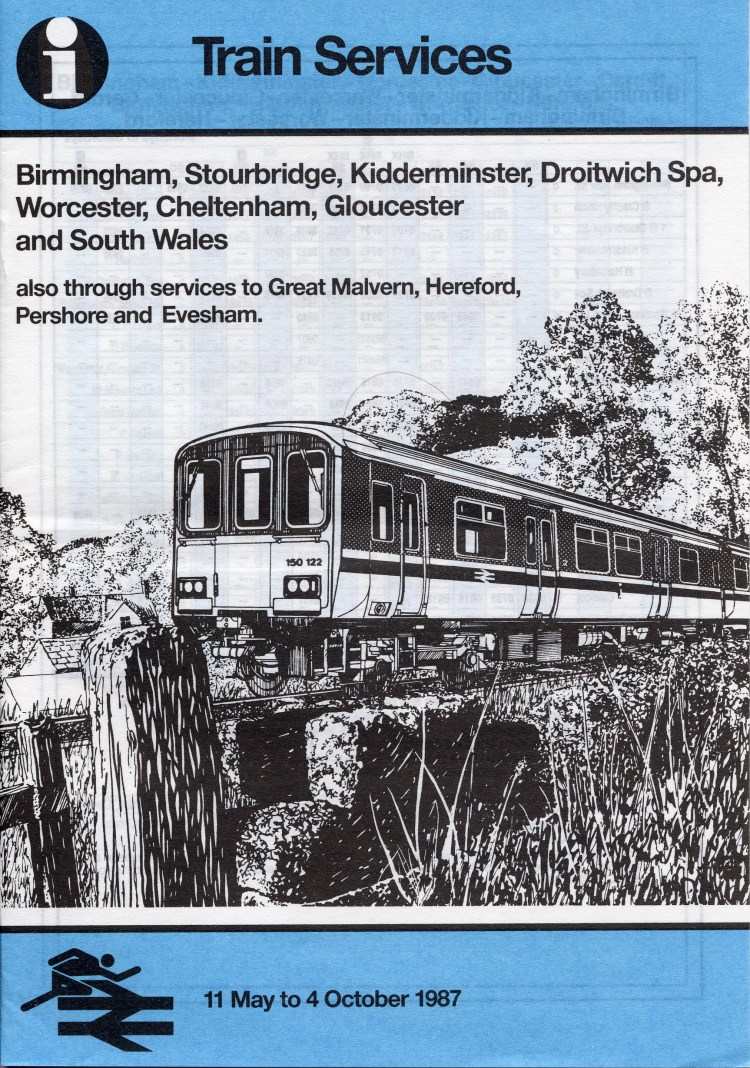 There is a lovely line drawing on the front of this 1987 timetable and also a short-lived logo featuring the BR symbol below a sprinting man.

Presumably this was to advertise the then nearly new class 150 diesel multiple units. 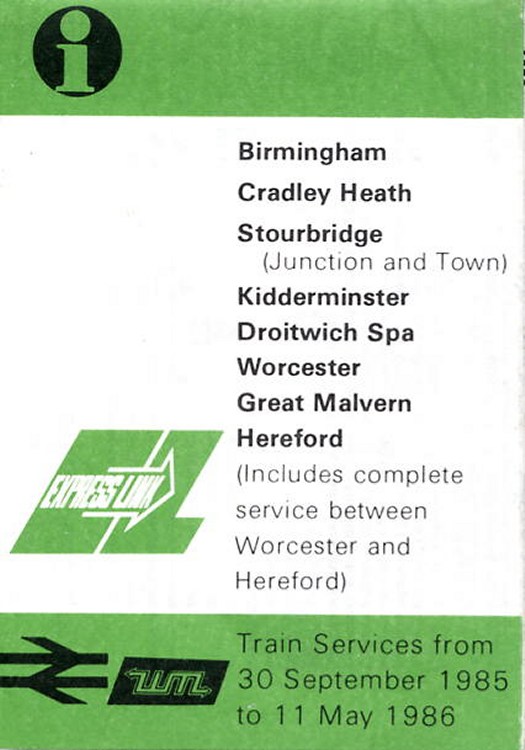 Another spectacularly duff marketing move was the 'Express Link' complete with a ghastly green logo.

'Midline' was the invention of B.R. and the West Midlands Passenger Transport Executive to promote the local services in the West Midlands. The awful red logo was dumped once the P.T.E. renamed itself 'Centro'.

This was quite a nice but short-lived logo that was used for the launch, in May 1978, of the new 'Cross City line' services from Longbridge to Four Oaks.

More headed notepaper but this time for another version of divisional railways - the 'Provincial' network of East and West Midlands. You might not get a reply if you were to 'Telex' to 299431 today.

New phone number for 'Regional Railways Central'. No Telex anymore but now we have a fax number instead. 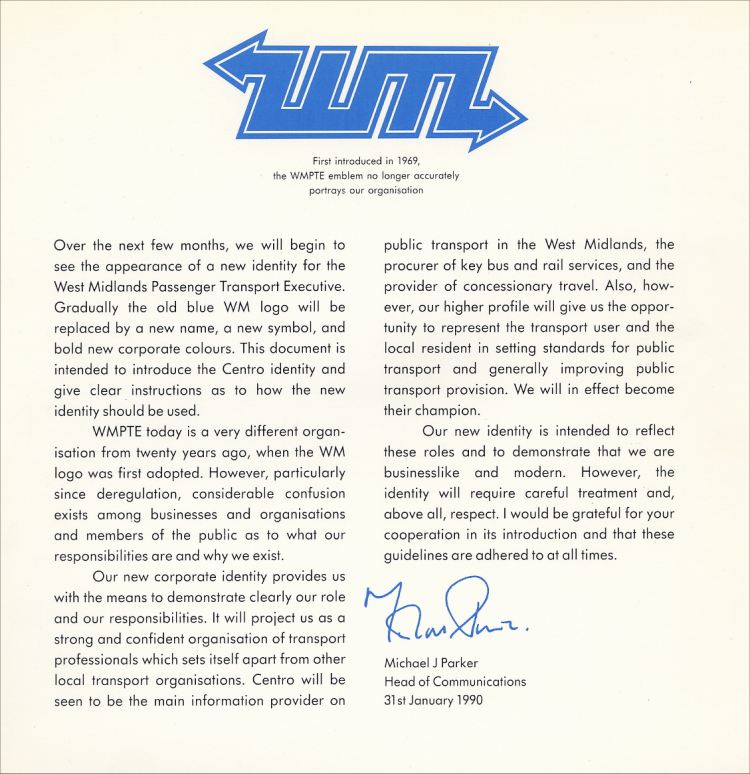 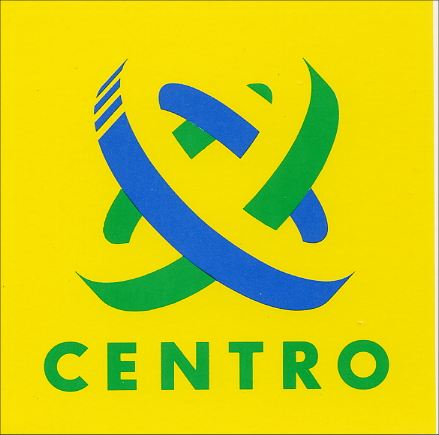 "Community Rail Partnerships are a diverse variety of stakeholders and interested parties along rail corridors, who actively participate in the development of a quality rail service that is responsive to local community needs" (SCRP web site). Why can these people not speak in Plain English? A perfect example of how to make nothing much sound good by using lots of the key words in one sentence - "partnerships", "diverse", "stakeholders", "participate", "quality", "responsive" and "community". As seen on the side of an ancient First Great Western class 150 diesel multiple at Worcester Shrub Hill on Saturday 24th August 2013.