Just to the south of the village of Tibberton on the former Birmingham and Gloucester Railway line there is a vantage spot where a minor road from Worcester to Crowle crosses the line. 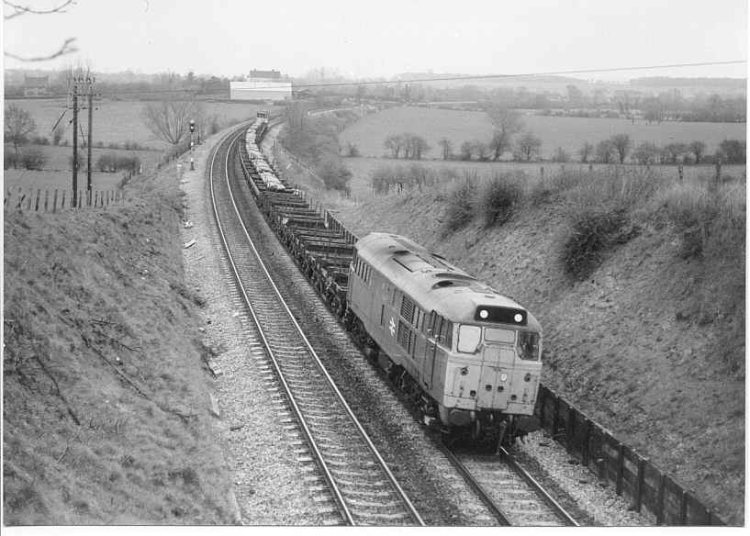 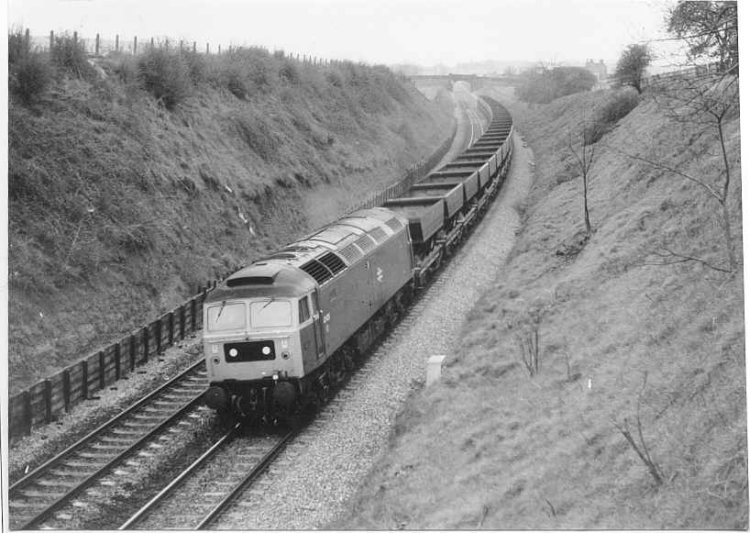 On the same date, class 47 diesel locomotive No.47475 has charge of a train of returning empty wagons.

Both photographs taken by Adrian Booth. 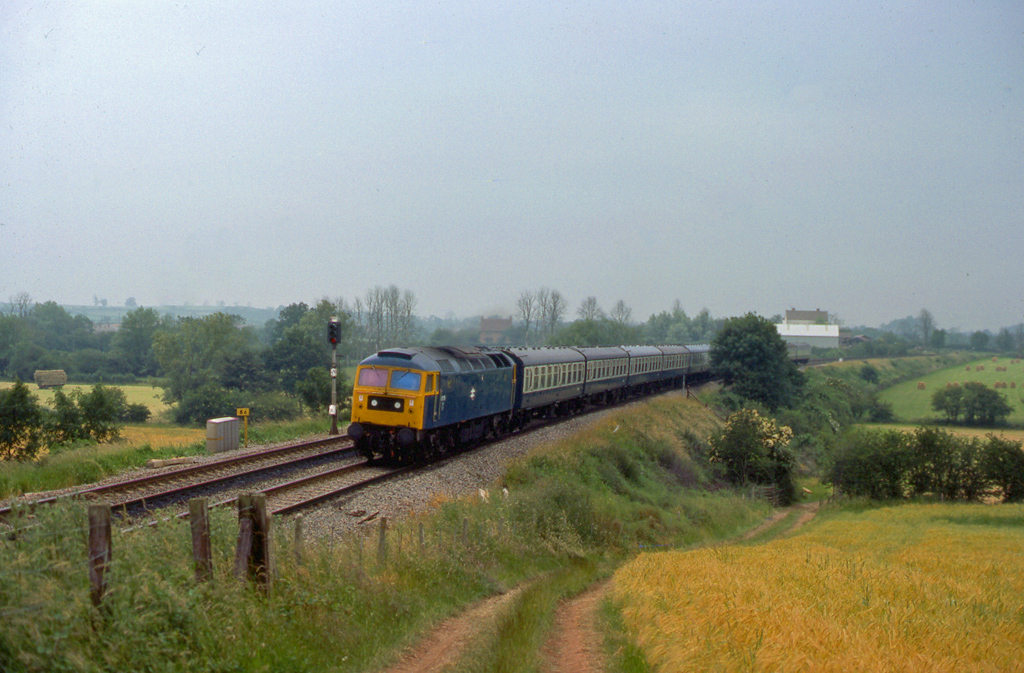 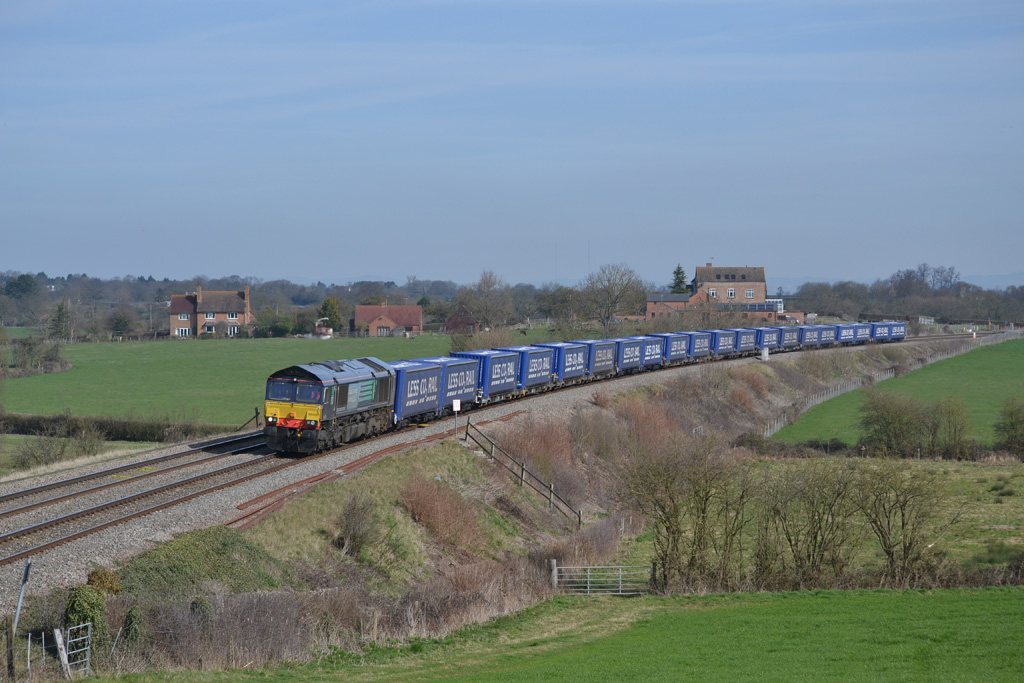 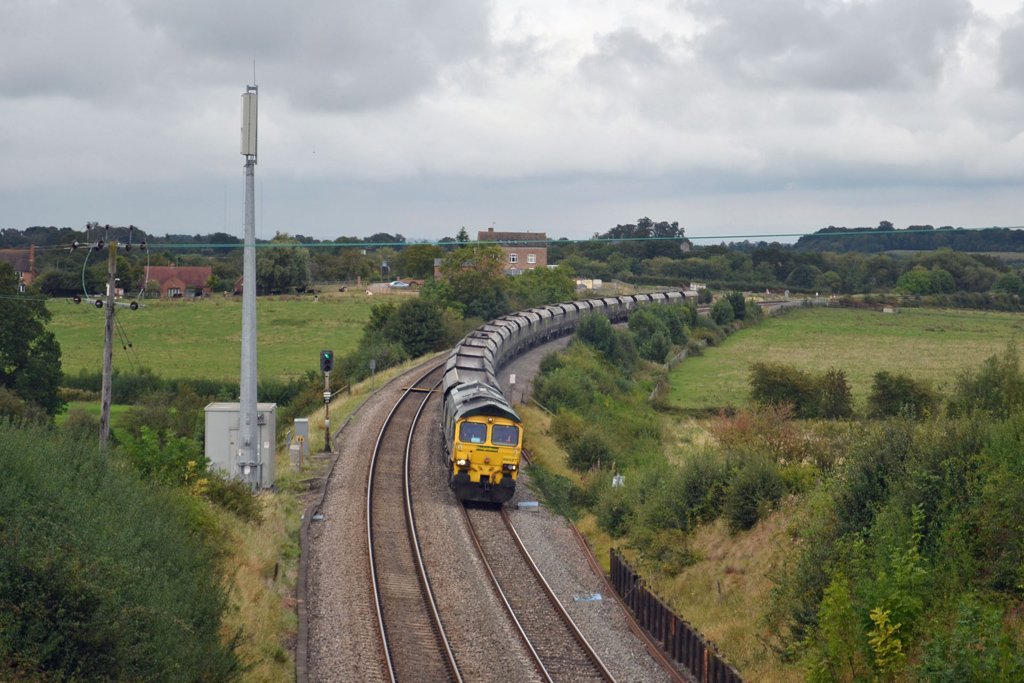 Above: At shortly after 14:30 on the afternoon of Friday 21st September 2012 class 66 diesel locomotive No.66527 sped past Tibberton with train code 4V06 from Ratcliffe to Portbury empty coal hoppers. The summer growth of the trees on the embankment is noticeable when compared to the view above in March.
Below: It was followed shortly after by DB Schenker's class 66 No.66134, still in EWS livery, with train code 6V92 on the returning empty steel wagons from Corby to Margam.
Both photographs taken by Andrew Smith. 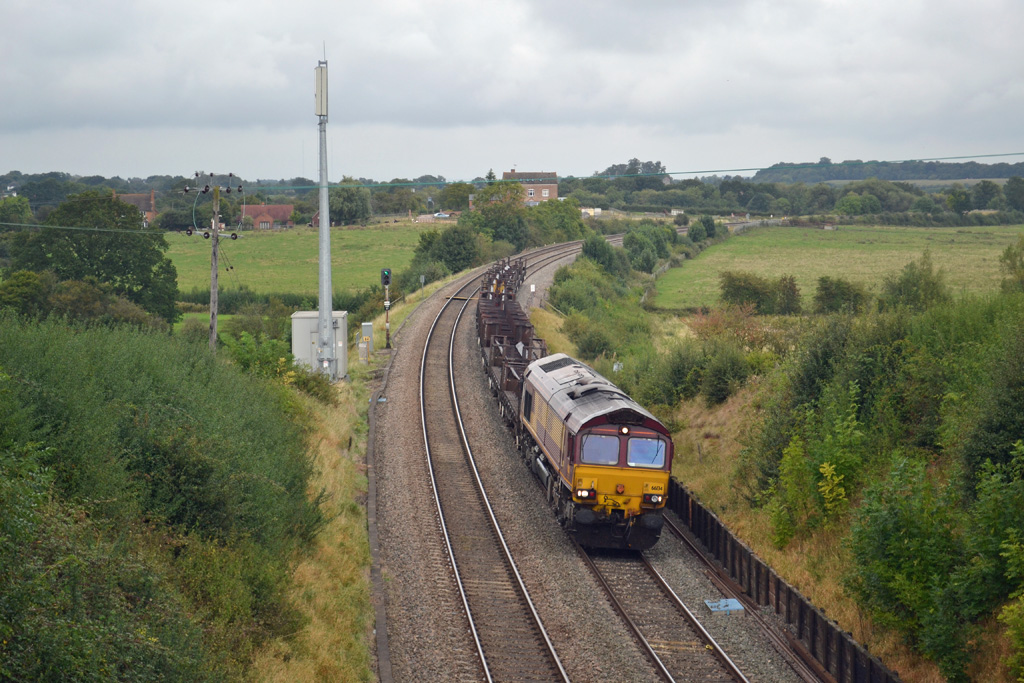