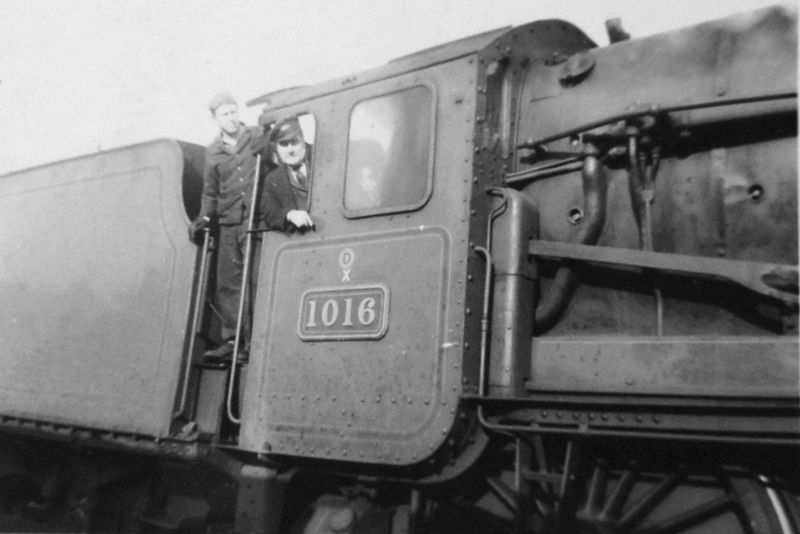 One class of ex-GWR locomotives that is under represented on this web site is the thirty locomotives of the Hawksworth designed 'County' class 4-6-0's. These were instantly recognisable as being the only GWR locomotives with straight nameplates. This is Shrewsbury based No.1016 'County of Hants' at Worcester. The identity of the train crew is not known other than that they were not Worcester men. No.1016 was withdrawn in September 1963. 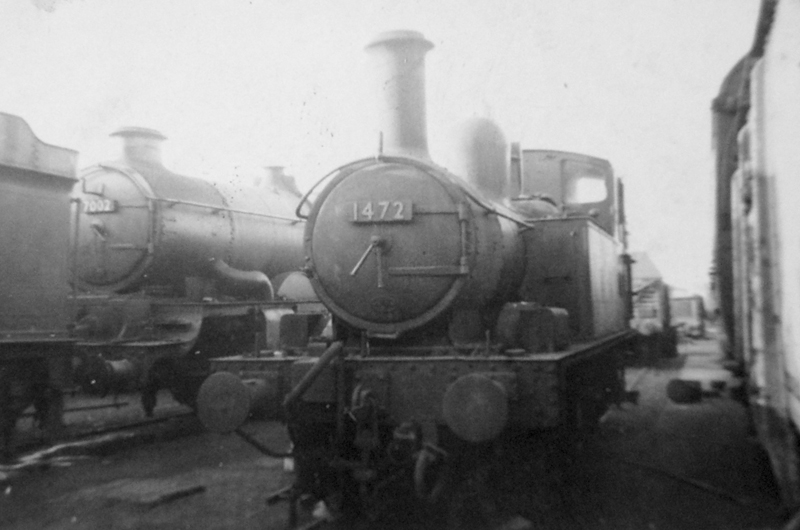 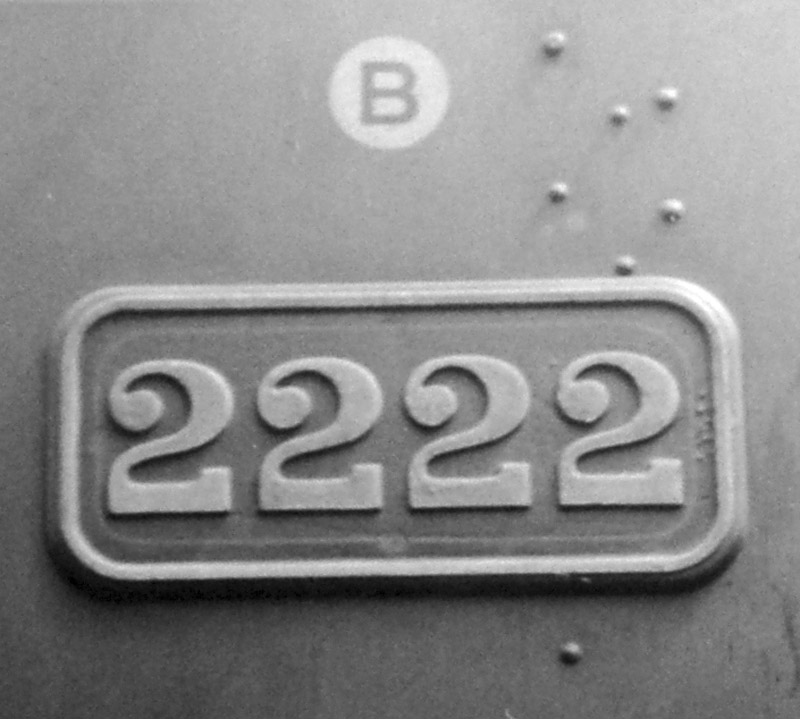 This 1962 photograph shows the numberplate of ex-GWR Collett 0-6-0 tender engine No.2222 which came to Worcester in the middle of 1962 and remained until withdrawal three years later. These very useful engines were mostly used on minor trains but one was usually to found at Honeybourne for banking freight trains. 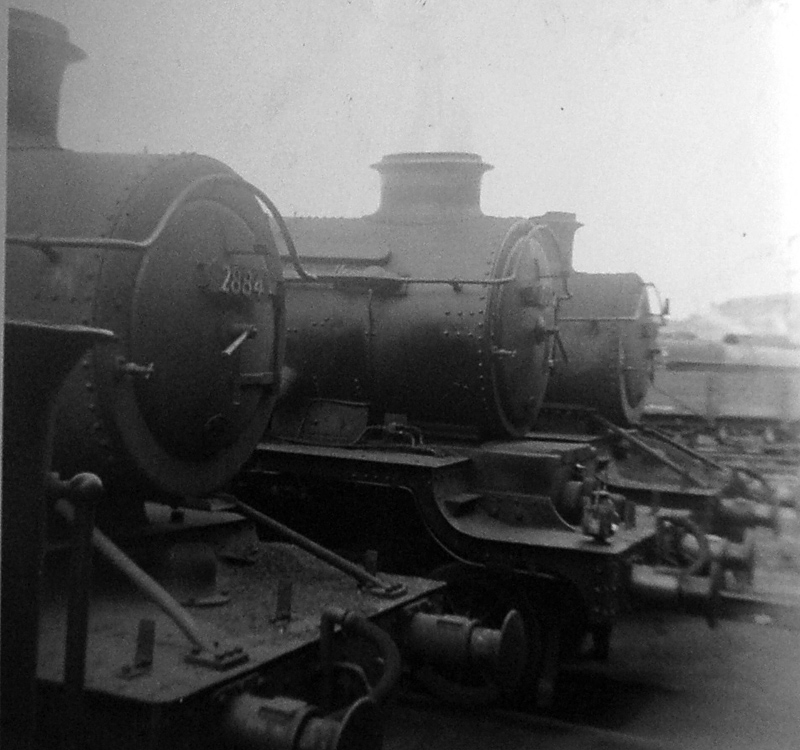 This is a lovely line up of front ends at Worcester engine sheds in 1962. On the left is the first of the second batch of ex-GWR 2800 class 2-8-0 freight locomotives. The class was designed by Churchward as early as 1903 but Collett modified the design (including side window cabs) in 1938. Whilst it is not possible to say with certainty which shed this engine was based at a reasonable assumption would be Pontypool Road or just possibly Severn Tunnel Junction.

Next to the 2800 class is the familiar shape of a double chimney 4-6-0 'Castle class' locomotive. On the right appears to be another engine of the 2800 class. 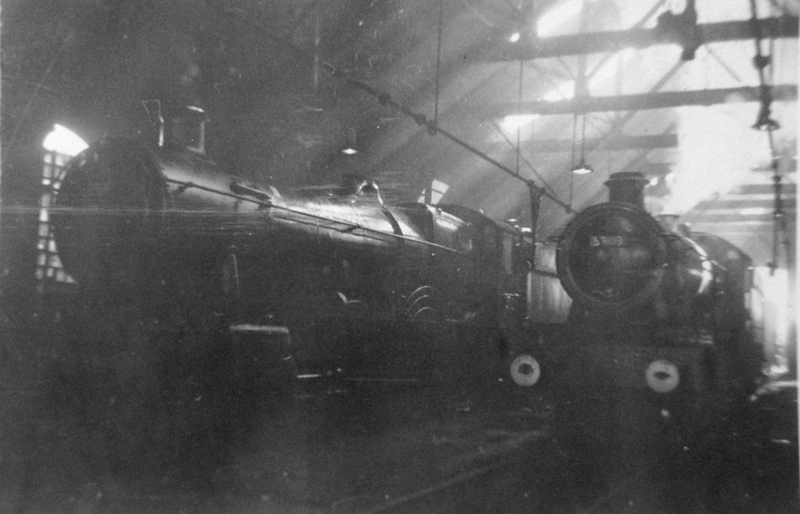 The locomotive on the right of this photograph is ex-GWR 'Hall' class 4-6-0 No.5903 'Keele Hall' which was a visitor to Worcester shed from South Wales. As the exact date is not known the locomotive's home shed cannot be ascertained with certainty but was either Cardiff (Canton) or if these photograph was taken after that shed closed to steam in 1962 then it was a Llanelly engine. 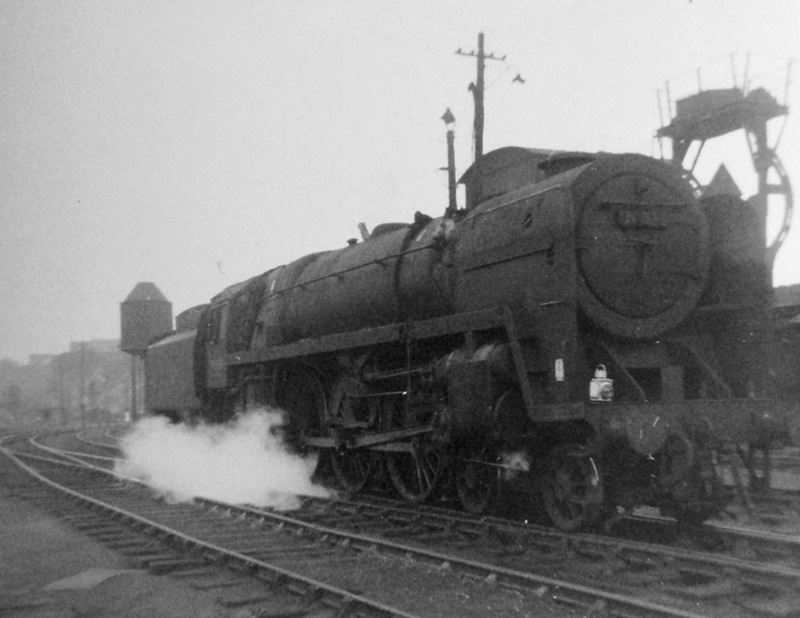 BR Standard 'Britannia' class 4-6-0 No.70030 is seen in the shed yard at Worcester with the coaling stage behind the locomotive. Another picture of No.70030 (possibly taken on the same day in 1964) appears here.