The Worcester & Hereford Railway crossed the River Severn by means of an elegant three span bridge built in 1859. This bridge was replaced by the current two span bridge in 1905. The viaduct is 935 yards long and contains 68 brick arches. 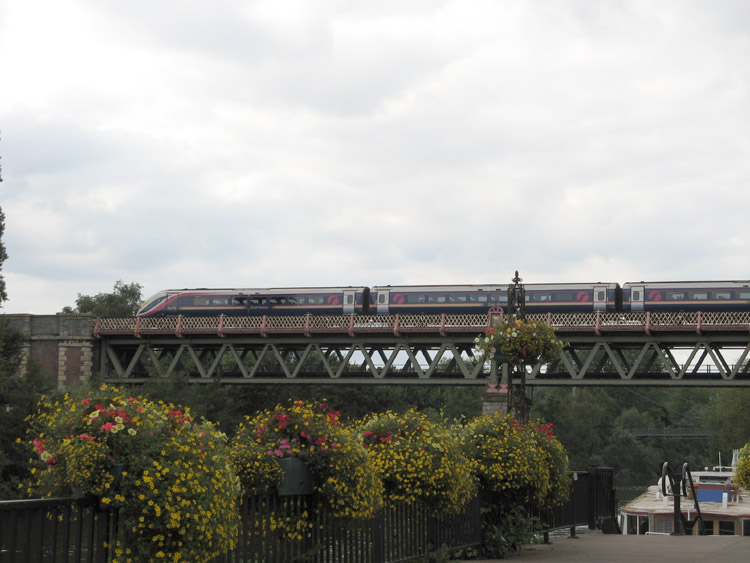 An unidentified Class 180 five-car diesel multiple unit crosses the 1905 built river bridge at Worcester with the 13:52 train from Paddington to Hereford. The photograph is taken from the site of the Butts Branch. 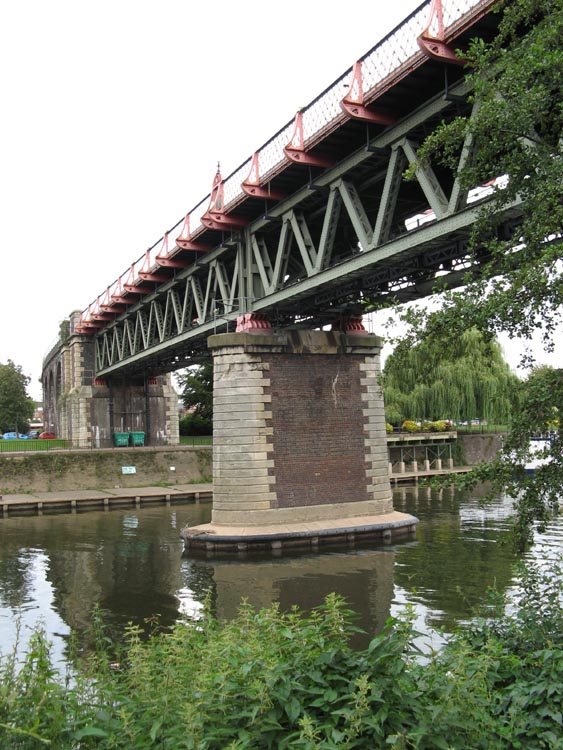 The bridge is worthy of closer examination and this is best achieved by the walk on the west bank of the river. 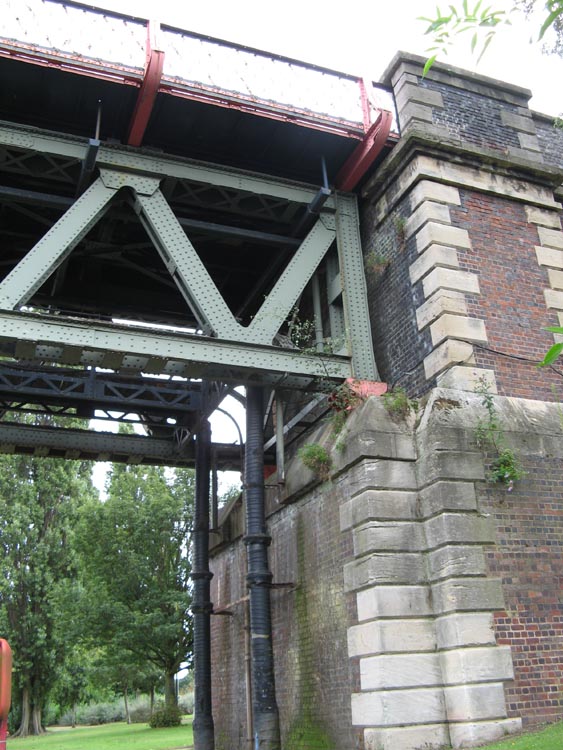 All photographs taken by Andrew Smith on 22nd August 2006.