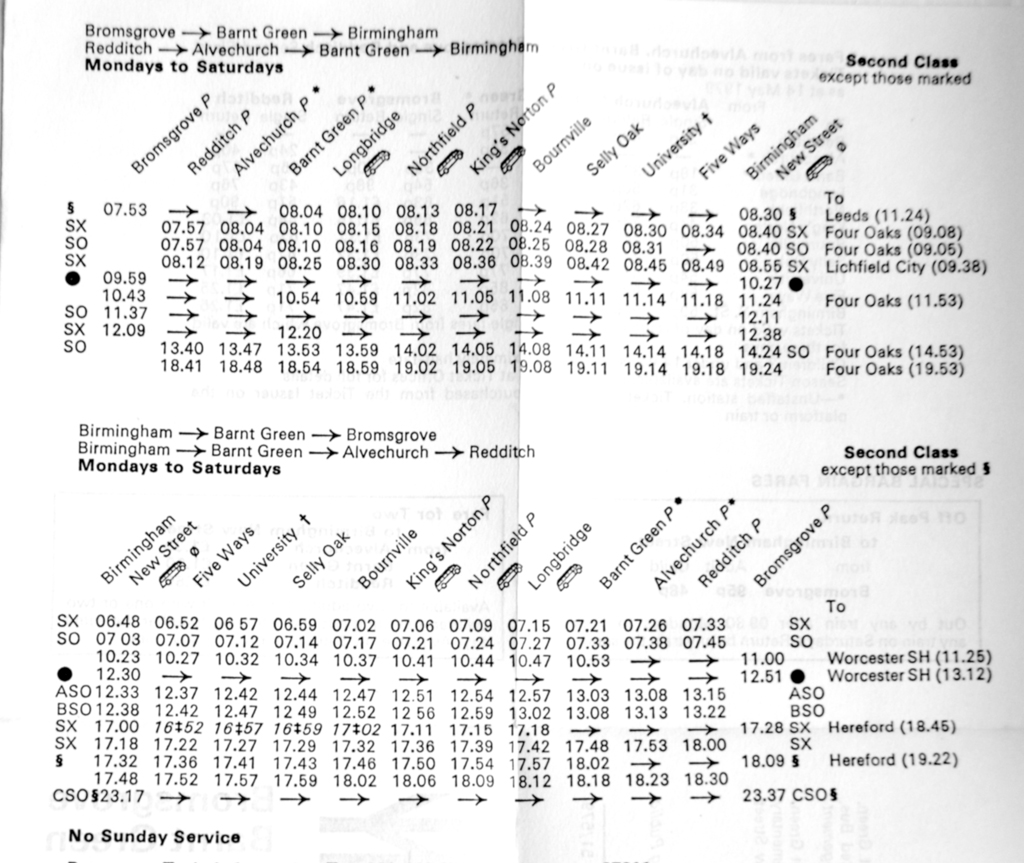 The winter 1962-3 timetable can be found here

Parts of this line cross the county boundary into Warwickshire and Ashchurch is in Gloucestershire.