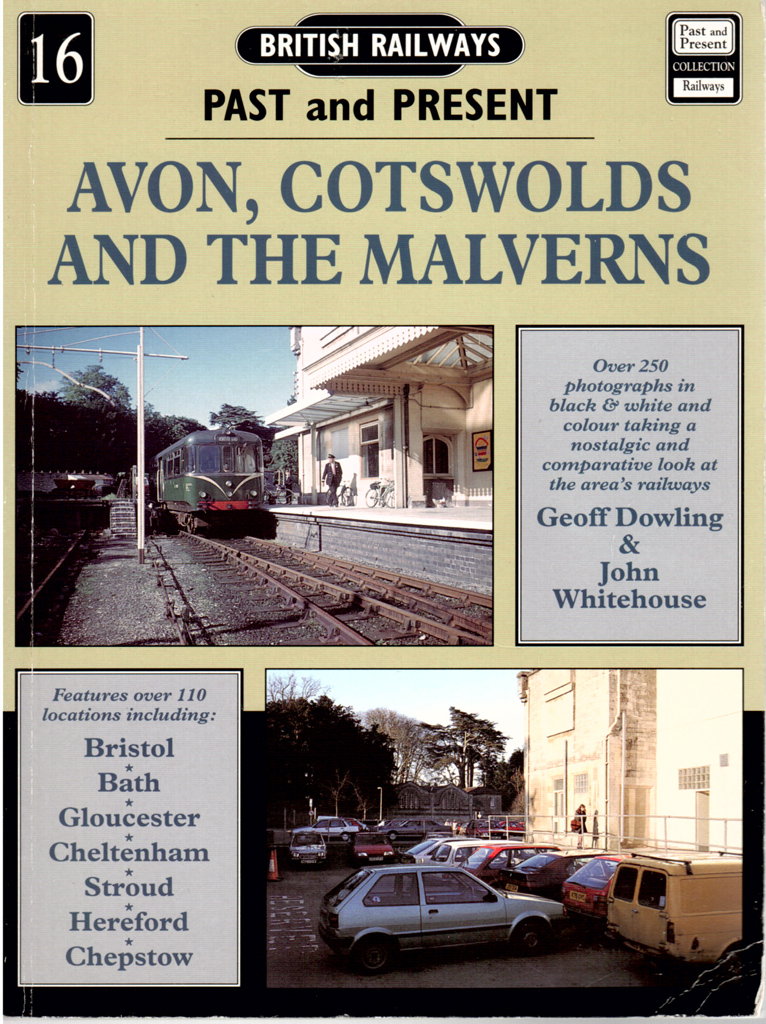 It ever you need a reason for continuing to buy books in the high street and not via the Internet then this book is surely it. The title of the book suggests at least a fair amount of coverage of Malvern as it gets equal billing along with Avon and the Cotswolds. However the copy reviewed which was published in December 1995 includes just two photographs at Malvern Link and that is your lot. Worcester fairs no better and yet Hereford which is not in Avon, the Cotswolds or Malvern gets four photographs spread over three pages. There is one interesting photograph of Worcester's No.5091 'Cleeve Abbey' on a northbound passenger train near Bristol . This is train '1V51' which was an Oxley duty being a northbound summer Saturday holiday train for which the 'Castle' would work from Bristol to Wolverhampton. Despite this nugget this book is a disappointment.