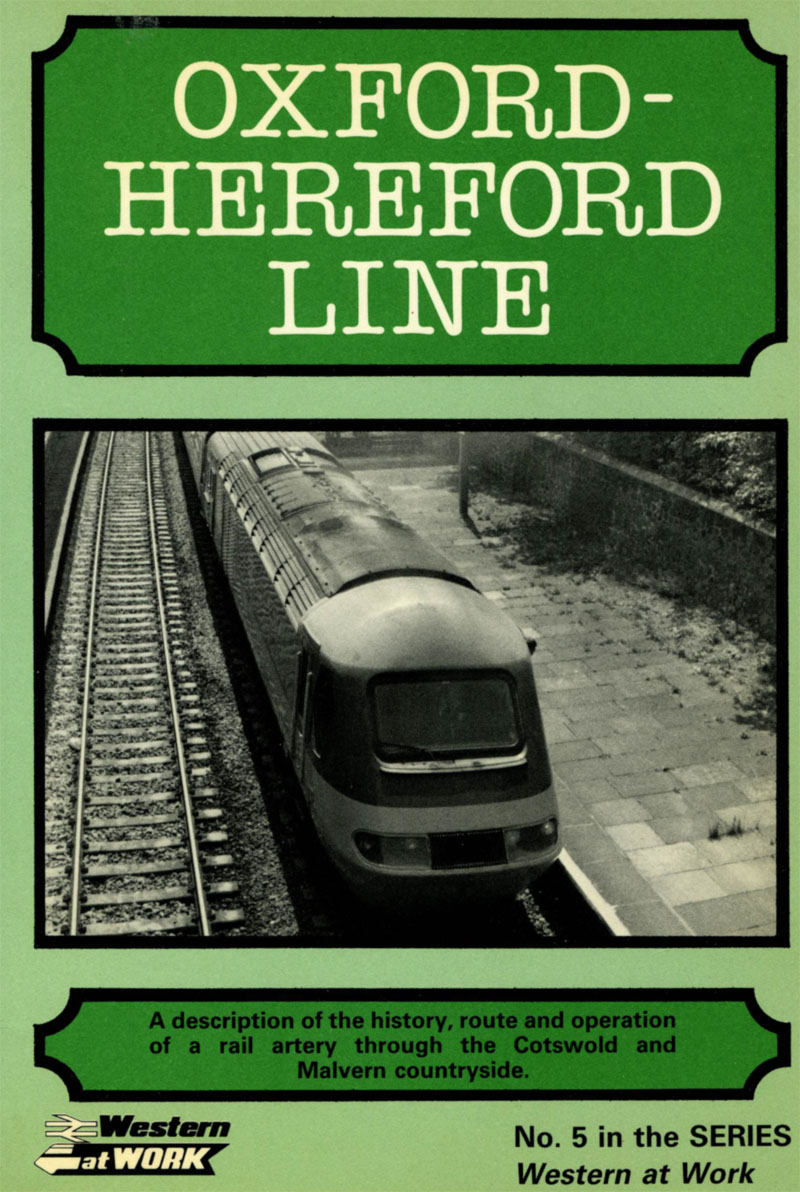 This 32 page A5 size booklet is No.5 in the SERIES Western at Work which appears to be the result of a collaboration between British railways and a commercial publisher. It is a description of the history, route and operation of the Oxford Worcester & Wolverhampton Railway (OW&WR) line from Oxford to Worcester and on to Hereford by the Worcester & Hereford Railway line (W&HR). There are some black and white pictures in the book but with many being shown four to a page they are quite hard to see for anyone without superb eyesight. The text cannot be faulted giving a detailed history of the OW&WR & W&HR systems. The illustrations chosen include a lot that are not railway related such as Morris dancers in Moreton-in-Marsh but there are several nice line drawings of the route.

Perhaps the most interesting part of the book are the pages that describe the railway changes between 1965 and 1995 including a list of all the single track sections on the line with their respective line speeds. There is also a list of level crossings and tunnels.

Worth buying if found in a charity shop or bargain bin.