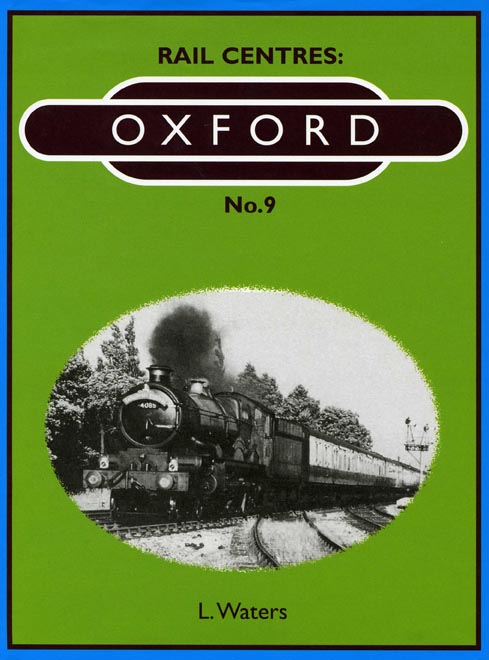 We do not normally review books that deal with areas that lie wholly outside the county of Worcestershire but this book is an exception as it covers the southern part of the former Oxford Worcester & Wolverhampton Railway (OW&WR).

The book is part of a series of 21 books covering varies important railway locations that was first published by Ian Allan in 1986 and re-printed by The Amadeus Press for Book Law Publications. The quality of the reprint is first class.

The early history of the OW&WR is covered in some detail in the first few pages of the book. We could find no factual errors in this section so it can reasonably be assumed that the rest of the book is of similar accuracy.

There are some superb black & white photographs of Worcester based locomotives in the book of which our favourite is 'Castle' class 4-6-0 No.7007 'Great Western' at Kennington Junction on a Hereford to Paddington train.

One of the appendices contains a list of locomotives on Oxford shed on 26th December 1965 which lists twenty-five locomotives in steam (including four 'Hall' class 4-6-0 locomotives) with a further thirty locomotives out of use. Interesting the list does not include No.7924 'Thornycroft Hall that was noted by Pete Wilcox at Worcester on 30th December 1965.