NOTES, JOTTINGS AND OTHER THINGS

Robert (Bob) Bennett wrote on 11th June 2009 to say that his father was Fred Bennett who worked at Shrub Hill sheds until his death on 1972. His brothers Samuel and Alfred (both deceased) also worked at the sheds as did his grandfather George Bennett (deceased) and cousin Brian Bennett. He has many fond memories of Worcester sheds and remembers Stan Bright and Ron Merry who ran First Aid trips. He would be interested in contacting anyone who knows about his family's work. 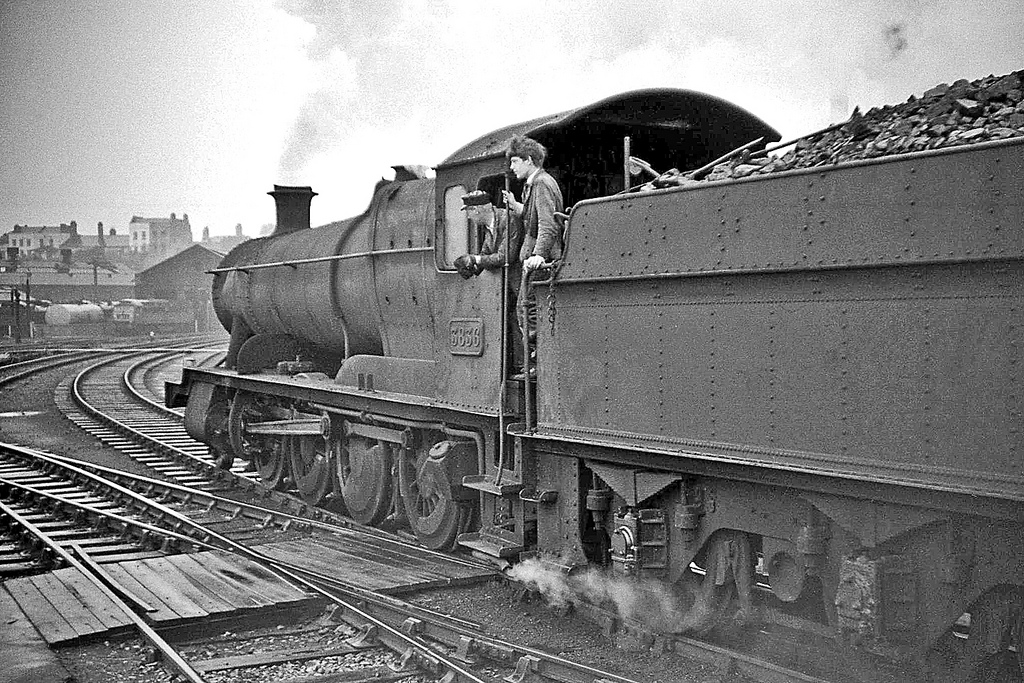 This interesting photograph of 2-8-0 No.3836, which was allocated to Bristol (Barrow Road), was taken by Paul Dorney on 8th June 1965 at Worcester Shrub Hill Station. Can any railwayman assist in identifying the footplate crew. The usual sources for providing such information have drawn a blank so it is quite likely that the crew was not from Worcester sheds. The photograph is the copyright of Paul Dorney who has kindly allowed it to be used on the site. Paul Dorney has supplied this photograph of 0-6-0 'Pannier' tank No.9401 and 4-6-0 'Castle' class No.7007 'Great Western' on shed at Worcester in about 1959. Can anyone identify the railwayman? The photograph was taken by Tom Bassendale of Birmingham and is one of an extensive collection of historical photographs that have been saved following the decease of Tom and John Bassendale.