Just to the south of the junction at Stoke Works is a pedestrian bridge providing a view over the former Birmingham & Gloucester Railway. 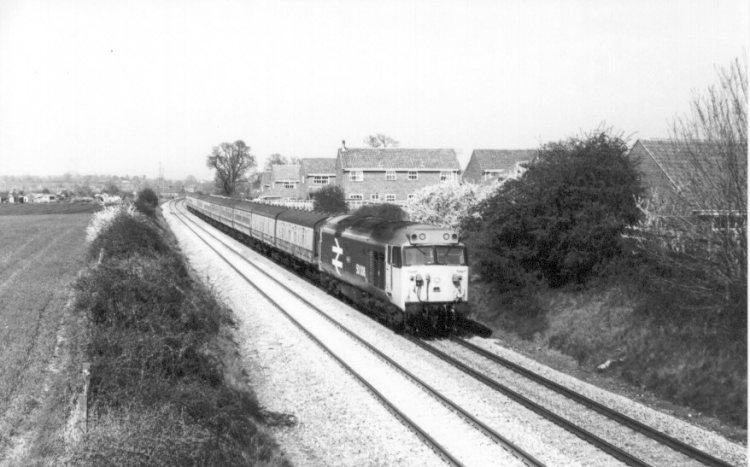 Class 50 diesel locomotive No.50006 'Benbow' is at the head of a southbound passenger train in December 1983. The original Stoke (Prior) station was located just beyond the last carriage of the train. 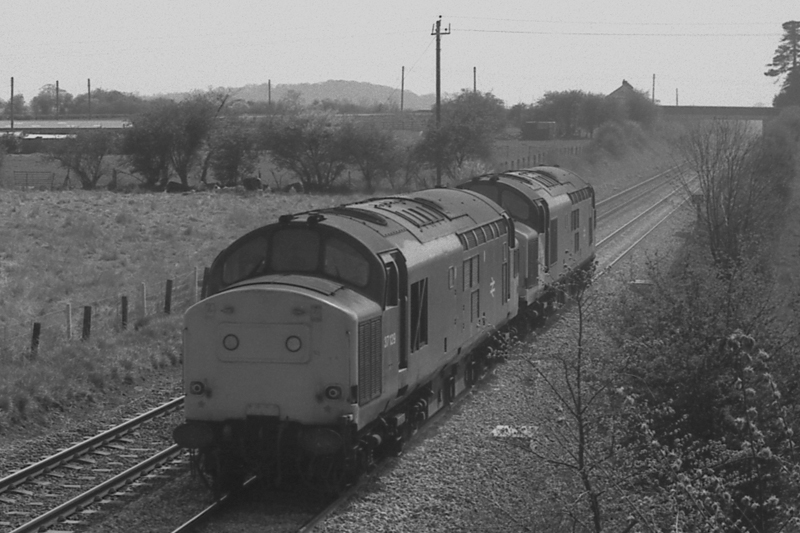 A pair of class 37 diesel locomotives led by No.37129 run north towards Bromsgrove where they will bank a freight train up the Lickey Incline. At this time in January 1984 the regular banking engines were provided from Gloucester depot.

Both photographs were taken by Andrew Smith.