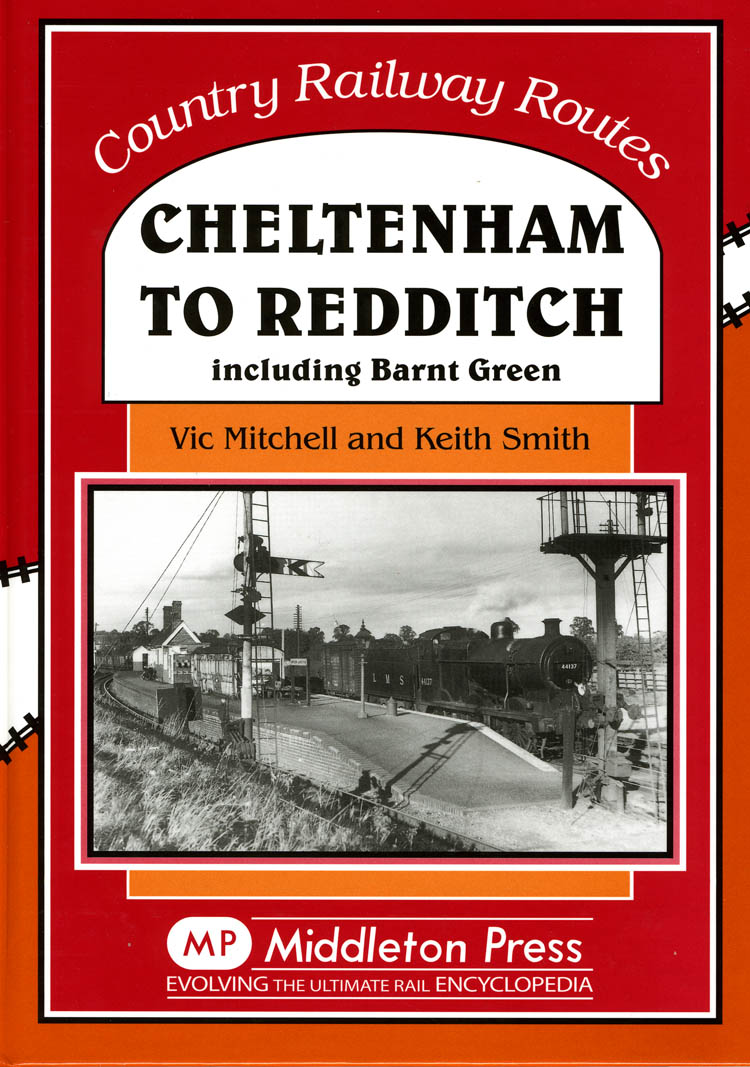 Readers of this site might initially be confused (as we were) at the apparent railway line between Cheltenham and Redditch that is the title of this book in the "Country Railway Routes" series of the "Ultimate Rail Encyclopedia".

The authors have already covered parts of Cheltenham in the book about the Birmingham & Gloucester Railway (see review) and must do so again when they cover the lines from Stratford-upon-Avon to Cheltenham and from Cheltenham to Andover so why they felt the need to cover it again here is not evident. Perhaps it was the scarcity of material about this "route" that caused them to include Cheltenham.

This gripe apart the bulk of the book describes and illustrates three lines namely: Midland Railway (Ashchurch to Evesham) line; the Evesham to Redditch Railway and the Redditch Railway. The latter two being operated by the MR.

The book, which follows the usual Middleton Press layout, is a most interesting read with a good choice of photographs.