Ex-LNER Class B1 No.61303 was a rare visitor to Worcester Engine Sheds. The locomotive had been new to Stockton and then to Thornaby in June 1959 and to Hull (Dairycoats) from March 1962. However it is likely that this photograph was taken after the engine was based at York from September 1964. 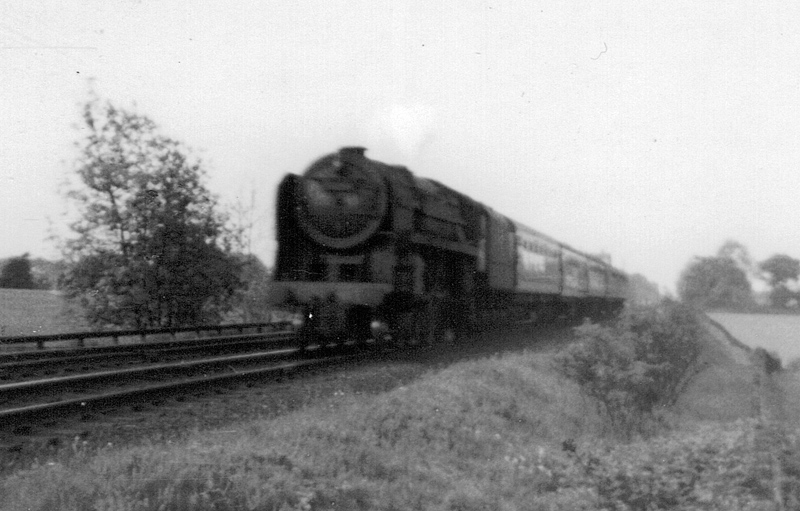 On the former B&GR is No.70051 'Firth of Forth' of Crewe North Shed making light work of a Birmingham New Street to Gloucester Eastgate stopping train seen descending the Lickey Incline between Blackwell & Bromsgrove. 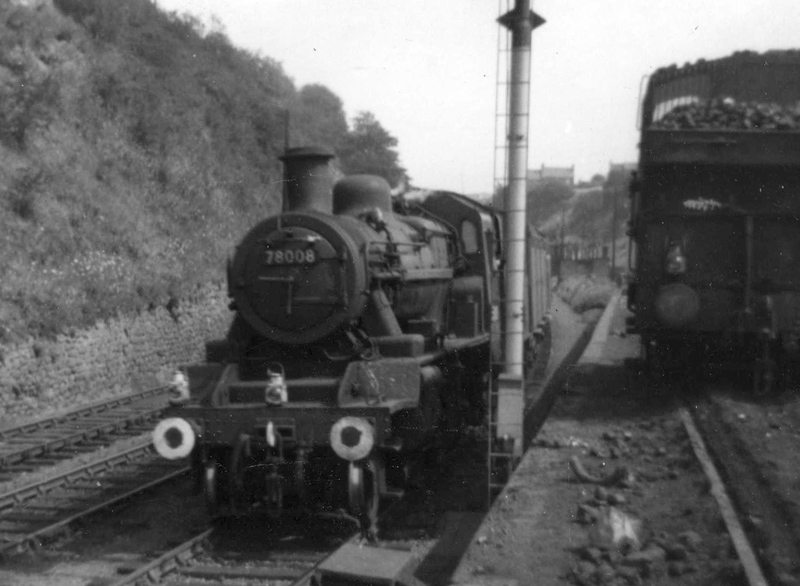 Standard class 2 2-6-0 No.78008 of Wolverhampton Stafford Road Shed is seen passing Worcester Engine Sheds on the section of line from Rainbow Hill to Worcester Foregate Street. Just visible behind the locomotive is the train which in this case is the 'down' Wolverhampton to Great Malvern pigeon train. At Great Malvern the train would be placed in the former Ashchurch line platform and at the appropriate time a Station Porter would release the pigeon's from their baskets. The train would then return empty to Wolverhampton. 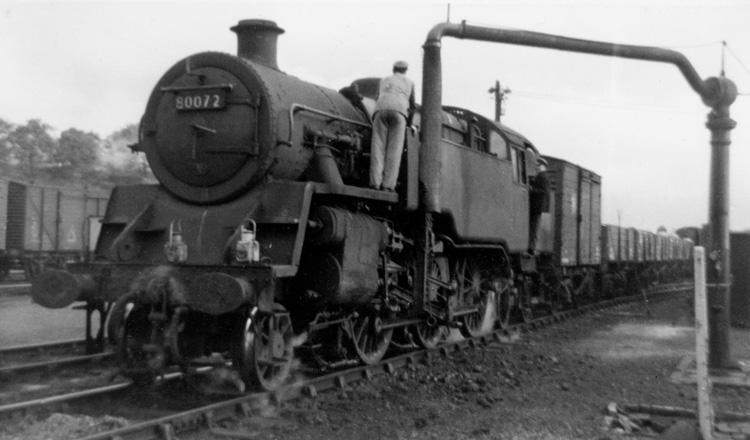 BR Standard class 2-6-2 tank engine No.80072 is taking water at Worcester. The locomotive is sporting an 87D shed plate indicating that its home depot was Swansea East Dock but this photograph was probably taken shortly after its transfer to Leamington. It was one of a batch originally allocated to the Eastern Region on the London, Tilbruy & Southend line but was based at Swansea from July 1962 until August 1963 when it was sent to Leamington. 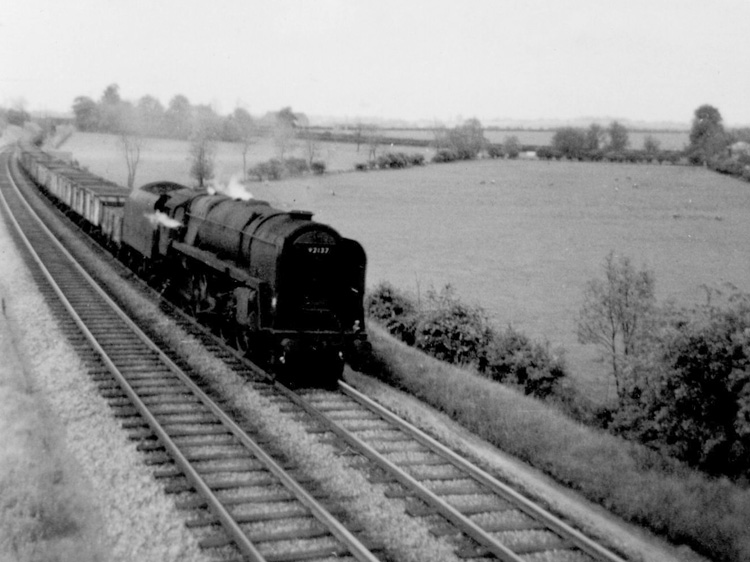 BR Standard class 9F 2-10-0 No.92137 of Saltley (21A) seen at speed with a southbound train of coal wagons at Norton Junction. The train is just about to pass under the Oxford to Worcester line. 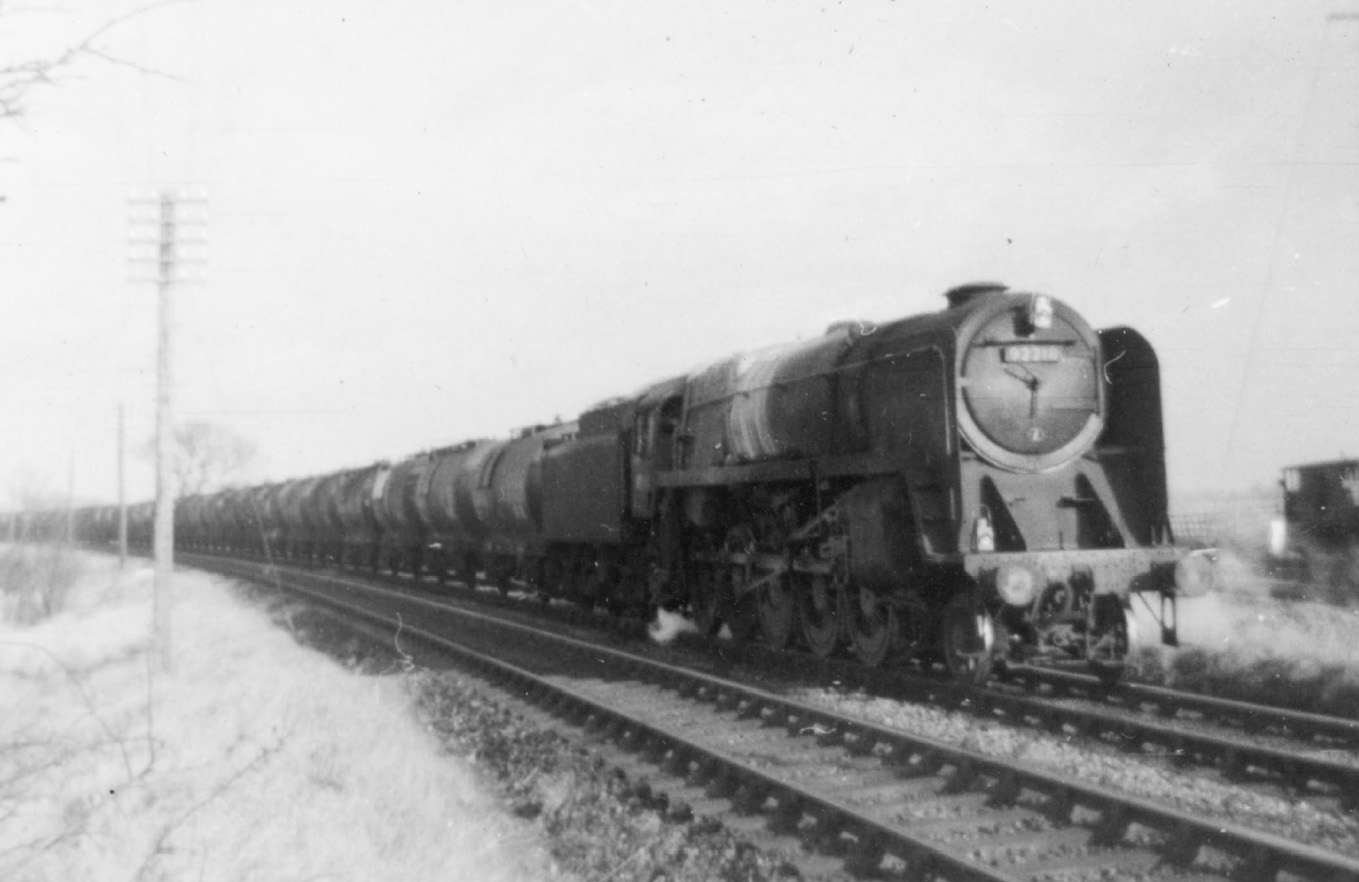 Another familiar sight in the Worcester area were oil trains from the refineries in South Wales to the Midlands and their returning empties. More often than not motive power would be one of these Standard Class 9F 2-10-0 locomotives. This is No.92218 which was built at Swindon for the Western Region and is carrying a Banbury shed plate in this photograph.