Mick Rock stands in front of 0-6-0 Pannier Tank No.1639 at Worcester Engine Sheds. 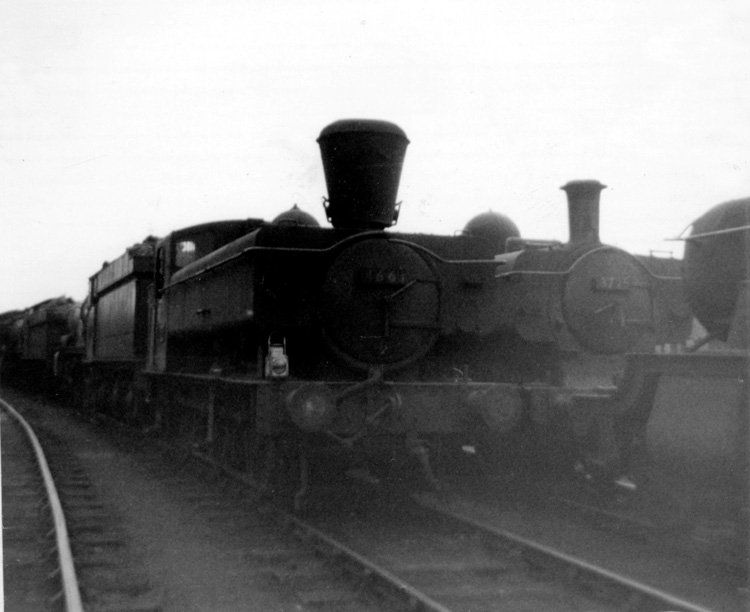 This is the unmistakable sight of Worcester's 0-6-0 Pannier Tank No.1661 fitted with spark arresting chimney with another Worcester Pannier Tanks No.3725 alongside. No.1661 was withdrawn in June 1964. 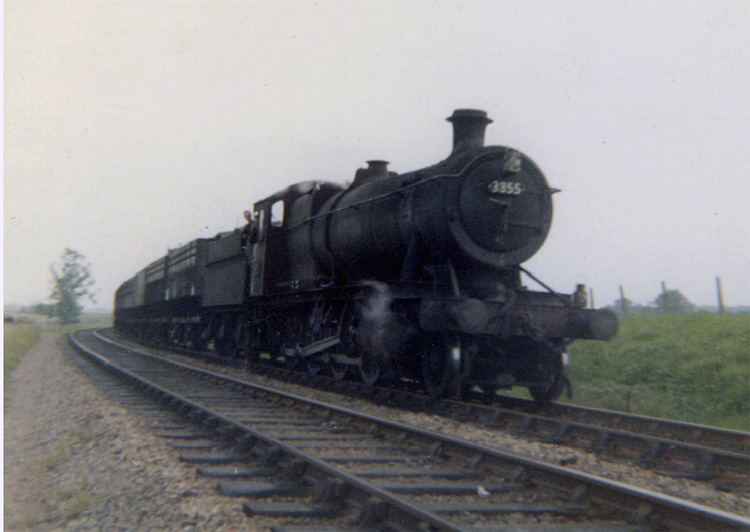 This a rather nice colour photograph showing some long forgotten wagons. In this case these are coke wagons on the 'up' Uskmouth to Bilston train. The locomotive is ex-GWR 2-8-0 No.3855 built at Swindon in 1942 and withdrawn in August 1965. 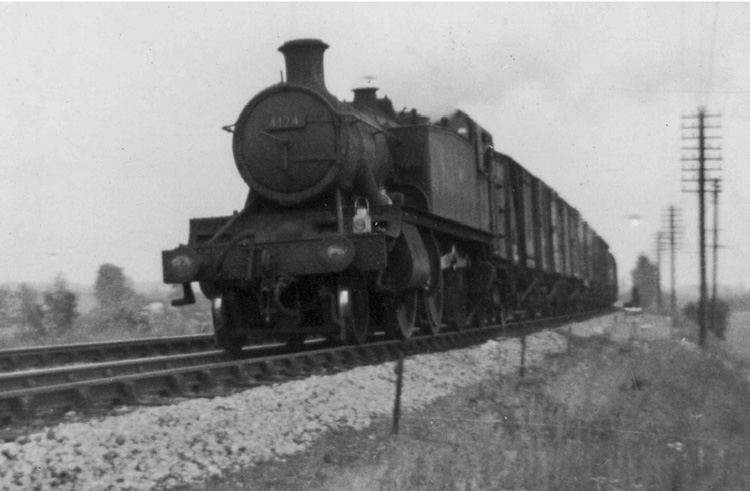 Ex-GWR 5100 class 2-6-2 tank engine No.4124 at speed near Norton Junction with a fitted freight. No.4124 was allocated to Worcester Shed in 1958. The train is near Norton junction's outer home signal heading towards Worcester Yards from the direction of Evesham. 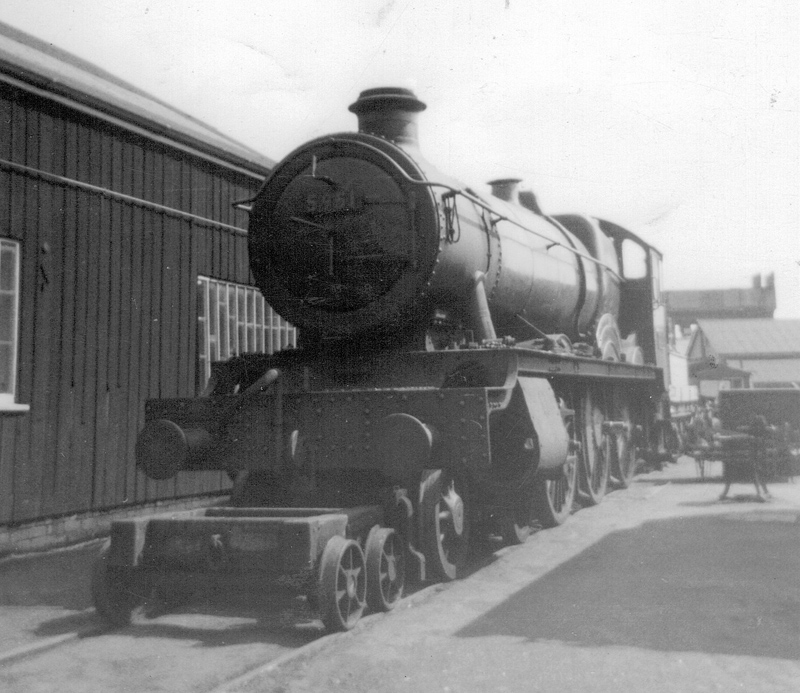 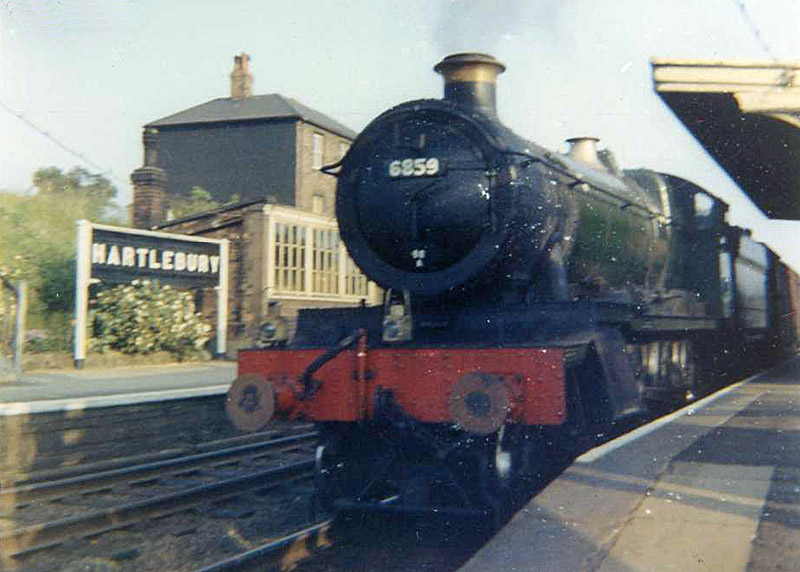 In 1965 ex-GWR 'Grange' class 4-6-0 No.6859 'Yiewsley Grange' pauses at Hartlebury Station to load parcels whilst hauling the 18:45 Worcester to Crewe parcels, by the time the locomotive had lost its nameplate. By 1965 it was unusual to see an ex-GWR locomotive in such a clean condition. This one had been cleaned for a use on the SLS/RCTS 'West Wales Railtour' on 26th Septbember 1965. Robert Pritchard noted the locomotive in immaculate condition on Worcester engine shed on 28th September 1965 and it is therefore reasonable to assume that this photograph was taken at that time. Yiewsley is between Slough and Southall in Middlesex. 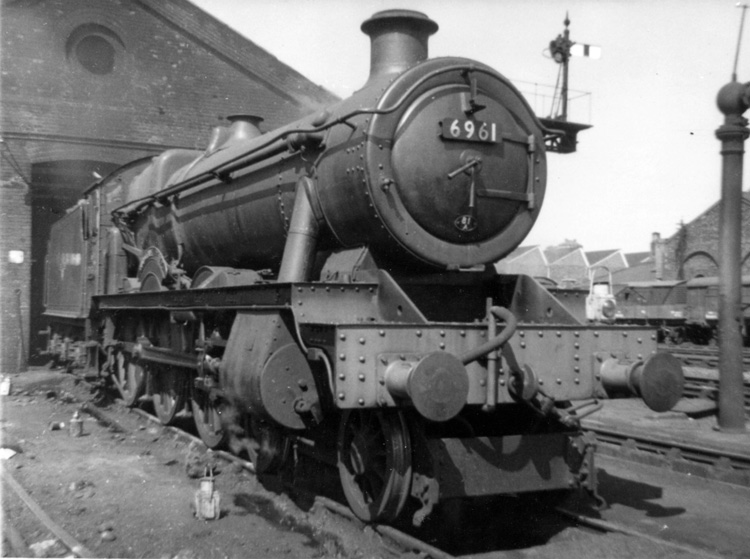 One of Old Oak Common's (81A) 'Modified Hall' class 4-6-0 locomotives No.6961 'Stedham Hall' seen in front of the passenger engine shed. The locomotive is waiting its time to return to London probably with an express passenger train or fitted freight. 'Stedham Hall' was withdrawn in August 1965. The photograph was taken during its brief spell at 81A between September 1964 and January 1965. The 'other' Stedham Hall is at Midhurst in Sussex. 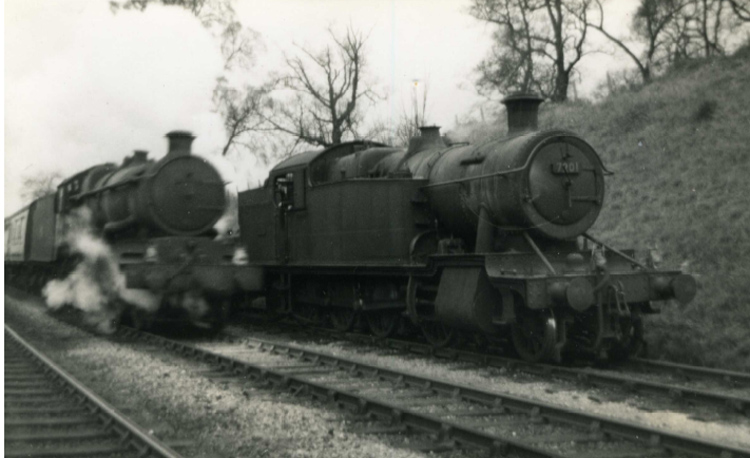 An unidentified "Castle" class 4-6-0 rushes past 7200 class 2-6-2 tank engine No.7201 of Pontypool Road Shed at Norton Junction. No.7201, on which Mick Rock was the fireman, is in the 'up' refuge siding whilst the Paddington down express passes on the main line. 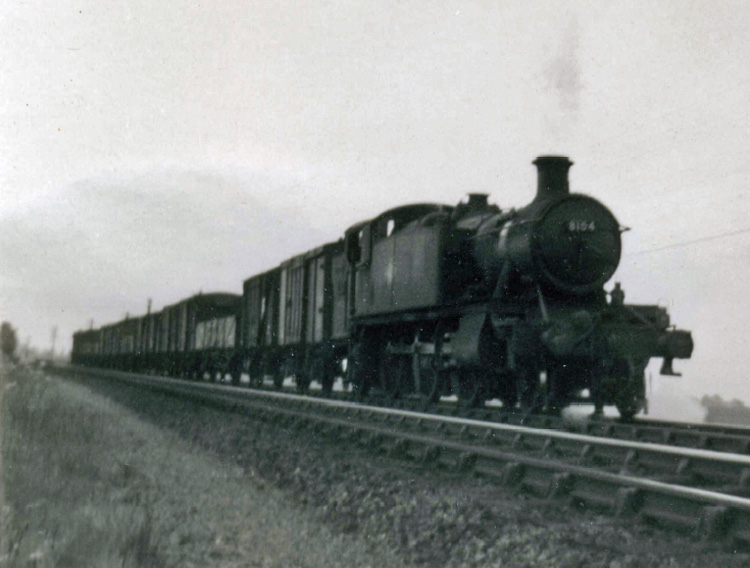 This photograph shows 8100 class 2-6-2 tank engine No.8104 on a fitted freight near Norton Junction outer home signal. The train has come from the Evesham drection and is heading for the yards at Worcester.