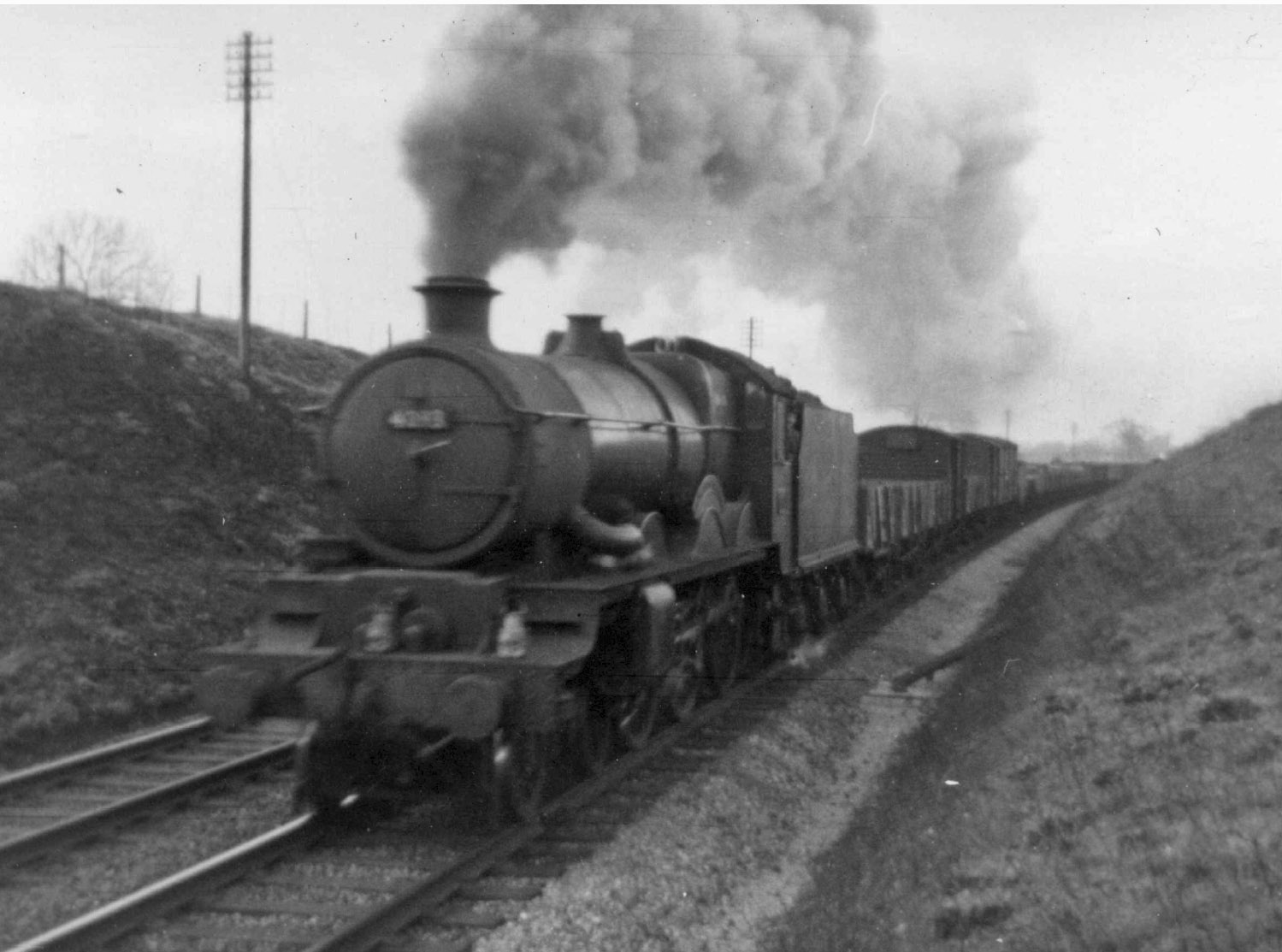 The sight of an ex-GWR 'Castle' class 4-6-0 never fails to excite interest as shown to good effect here as No.4093 'Dunster Castle' was photographed speeding south of Abbotswood Junction on the afternoon Stourbridge to Severn Tunnel junction freight train. 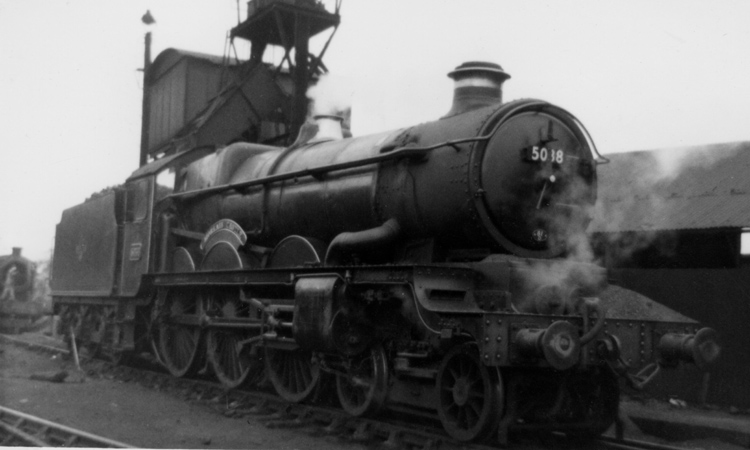 Former GWR 'Castle' class 4-6-0 No.5038 'Morlais Castle' of Worcester Sheds in immaculate condition when seen alongside the coaling stage in 1963. The engine was withdrawn in September 1963 from Reading Shed (81D) which had been its home shed from May 1962. The web site www.walesatheart.com states that 'In 1286, Gilbert de Claire began to build a castle overlooking the area at Morlais. However, the castle was never completed. Edward I tired of the two Lords squabbling and so sent both of them to the Tower of London. Little remains of Morlais Castle, whose seven turrets once saluted the vales of Merthyr from its mountainous location.'