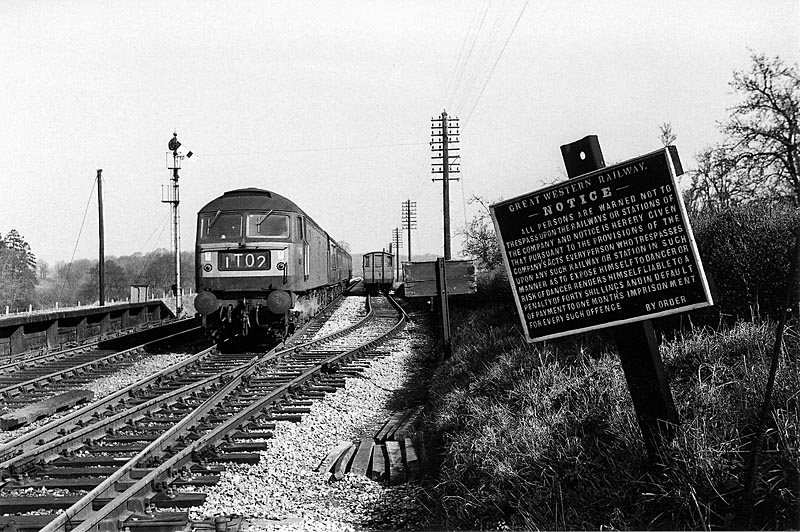 Perhaps the most interesting part of this photograph which was taken on 19th March 1966 is the GWR Notice sign on the right hand side warning of the dangers of trespassing on the railway. The locomotive at the head of the train is BR class 47 No.D1748 and it is seen approaching the level crossing at Newland. The platform for the 'up' Halt is visible on the left hand side (the 'down' platform is behind the photographer on the other side of the level crossing. The wagon in the 'down' side siding is probably part of a permanent way train being assembled for use at the weekend. The headcode 'IT02' indicates that Robert has captured to 09:15 London Paddington to Hereford express which was due through Newland shortly after midday.

Ex-GWR 2-6-2 'Prairie' tank No.4161 of Worcester shed is seen approaching Malvern Link Station with the 17:45 stopping train from Ledbury to Worcester on 18th September 1965. The locomotive was withdrawn in November 1965. 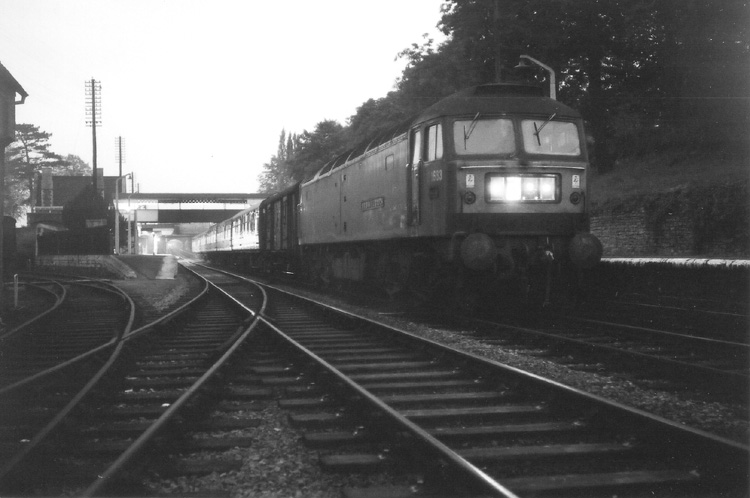 Class 47 diesel locomotive No.D1663 'Sir Daniel Gooch' is at Malvern Link with the evening service from Ledbury to Worcester. This service's main function was to return the 'Schools Train' stock to Worcester. The photograph was taken on 8th October 1965. 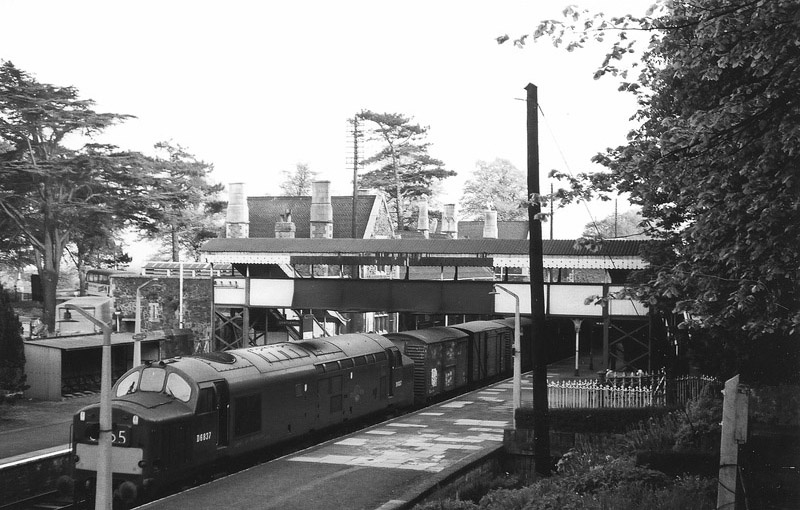 An 'up' freight train is in the hand of BR class 37 No.D6837 at Malvern Link Station on 3rd May 1966. Much of this fine station was later demolished included most of the station buildings but the footbridge remained in use. The station was rebuilt in 2014.

No.6998 'Burton Agnes Hall' with straight sided tender was on a freight train at Malvern Link on 21st November 1965.