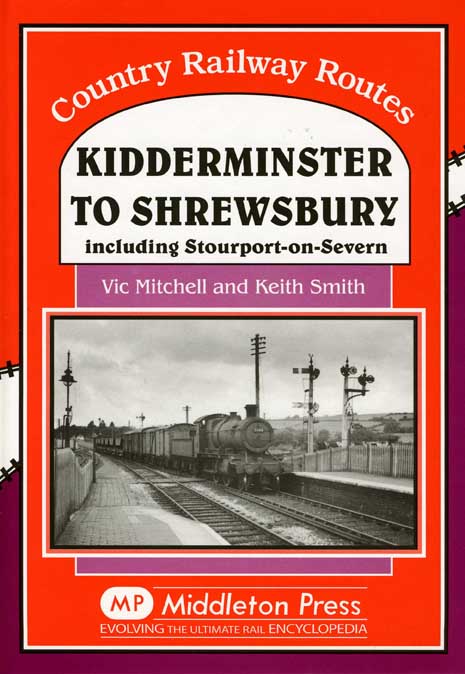 This volume in the "Ultimate Rail Encyclopedia" series from Middleton Press is in the sub-series titled "Country Railway Routes" and covers the Severn Valley Railway lines from Kidderminster & Hartlebury to Bridgnorth and Shrewsbury. As such it features lines that have been covered well by other publications. However the authors have attempted to provide something a little different to the run of the mill SVR books as along with numerous black and white photographs are many maps, timetables and other interesting snippets of information. The use of better quality paper has ensured better reproduction of the photographs and this is to be commended. We particularly like the photograph of ex-GWR "Grange" class 4-6-0 No.6849 "Walton Grange" of Oxford Shed at Kidderminster in 1964 (photo No.13). Rather confusingly the location index at the start of the book lists the number of the first photograph at that location rather than referencing a page number, but this minor niggle apart we recommend this book.