This line (known locally as The Bromyard Branch) left the Worcester to Hereford Railway shortly before it reached Bransford Road Station.

The line, authorised by the Worcester, Bromyard and Leominster Railway Act of 1861, was worked by the Great Western Railway and vested in it on 1st July 1888, by means of the GWR Act of 1888. The line opened as far as Yearsett in Herefordshire on 2nd May 1874 and to Bromyard on 22nd October 1877 and closed on 5th September 1964. The following day the late Bill Morris sponsored a special train from Bromyard to Blackpool. This was steam worked throughout and the Bromyard to Worcester section was handled by Collett 0-6-0 tender engines Nos.2222 and 2232.

From the junction at Bransford to Bromyard the line was single track. There were intermediate stations, all of which opened on 1st March 1878, in Worcestershire at Leigh Court, Knightwick and Suckley. 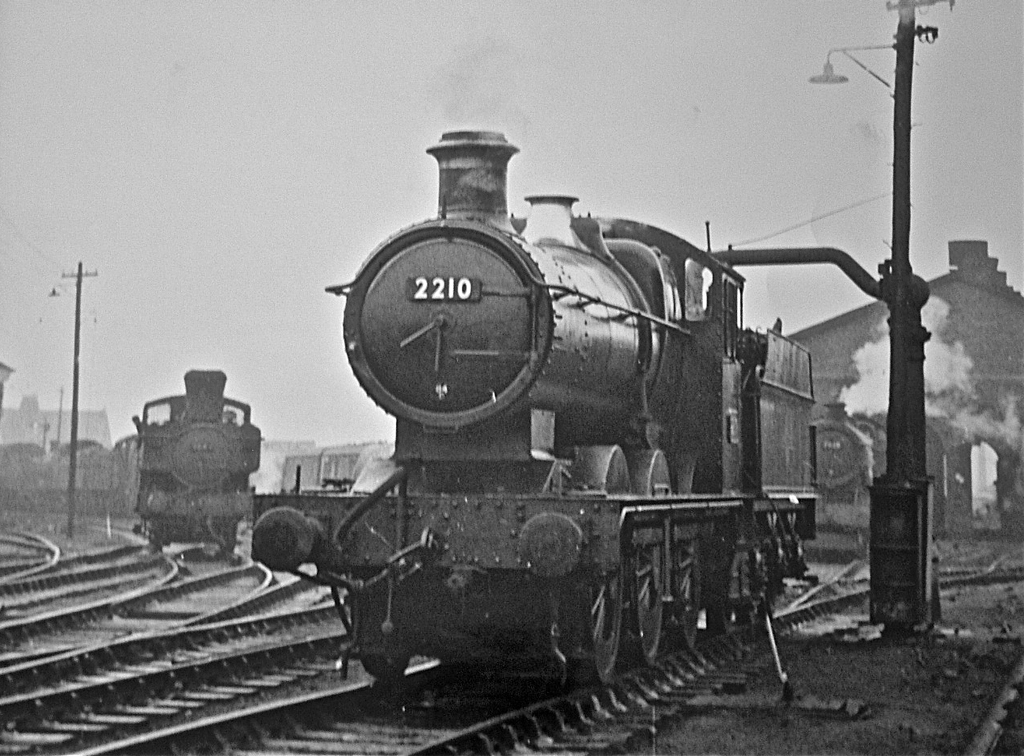 Ex-GWR 0-6-0 tender engine No.2210 of Leamington shed taking water on Worcester Shed prior to be used for a special event on the Bromyard line when it was hired for the day by the National Model Railway Association. William H. Smith in his book "The Bromyard Branch" states that the specials ran on November 3rd 1962 between Suckley and Bromyard. The photograph was taken by Roy Smith and shows the locomotive after it had received the attention of Worcester's team of cleaners.

This is the winter 1957-8 timetable for the Worcester to Bromyard line. It was a rather sparse service and it came as no surprise when the line fell victim to the Beeching Axe. Image by courtesy of Paul Luscombe) 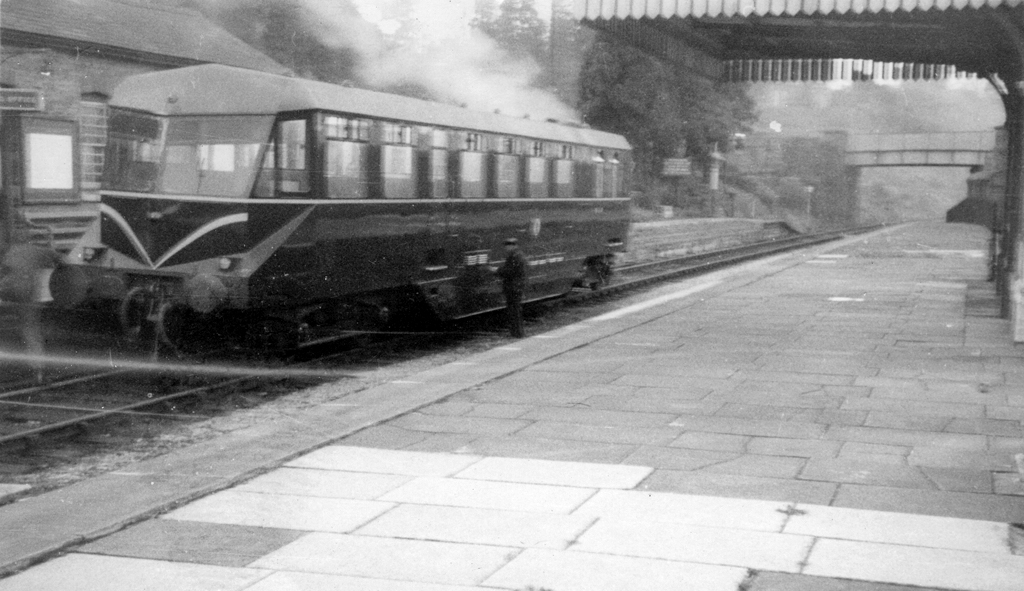 At the moment this photograph of W32W at Bromyard on 3/11/1959 is the only one we have to illustrate this line. Photograph from the MIAC Collection; Photographer unknown 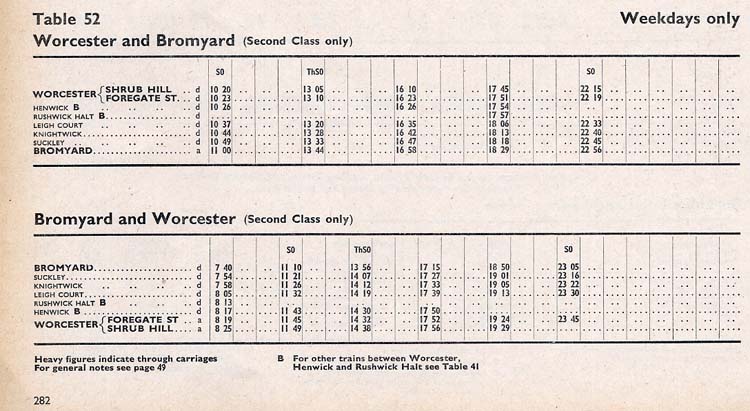 This extract from the Western Region passenger timetable for the period from 15th June 1964 shows the rather sparse level of service that existed in the final period that Bromyard appeared in the timetable as a railway destination. The first train of the day (07:40 from Bromyard) was an unbalanced working travelling as empty stock from Worcester. This was a well loaded train usually consisting of three carriages with an 0-6-0 pannier tank locomotive in charge. A similar combination worked the 17:45 from Worcester and 18:50 return train. The 16:10 from Worcester and 18:50 return was usually a class 122 single car diesel train. 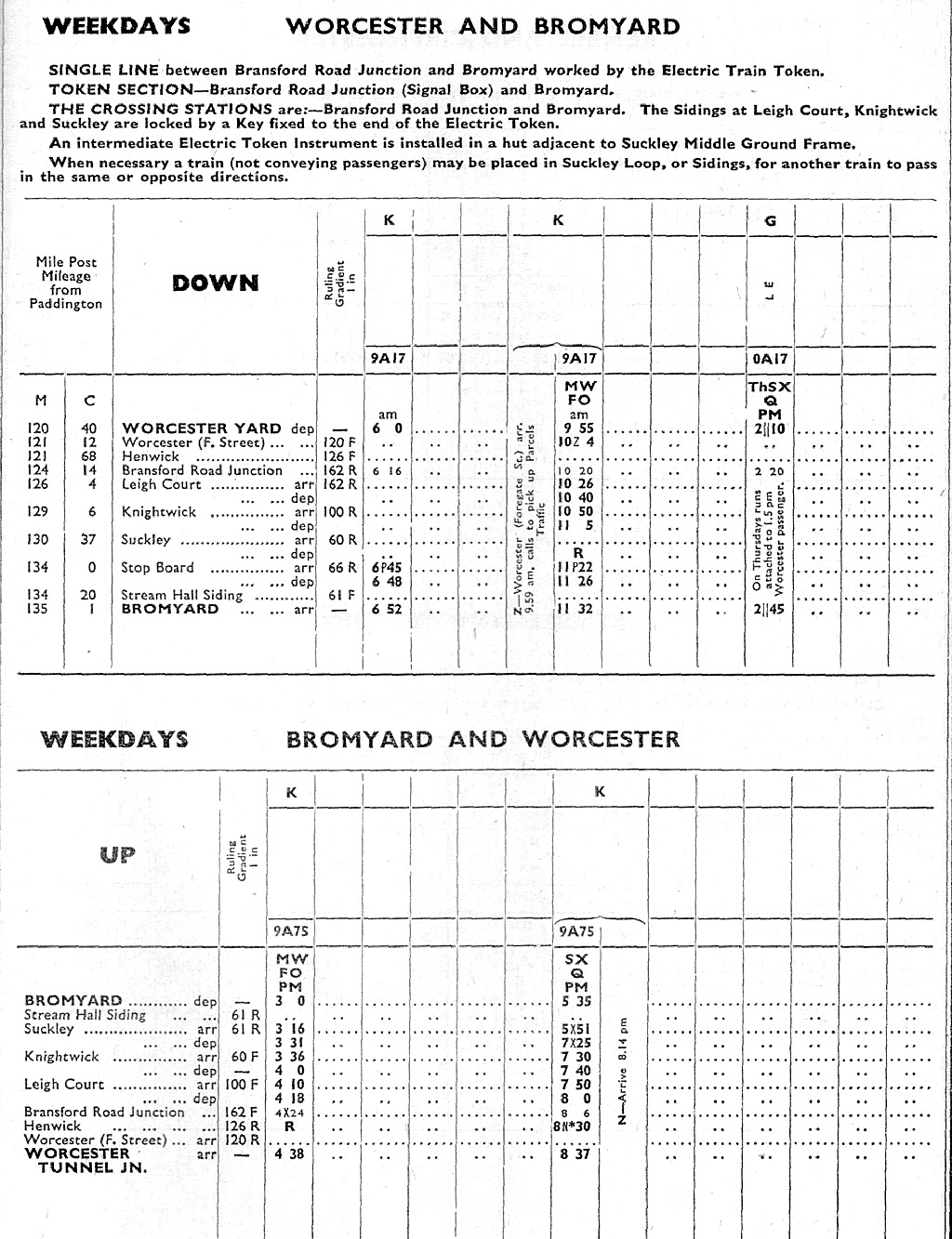 In the return direction there were workings at 15:00 (Monday, Wednesday and Fridays only and at 17:35 (Saturdays excepted conditional).

If there were only a few wagons in the consist these would often be attached to a passenger train. 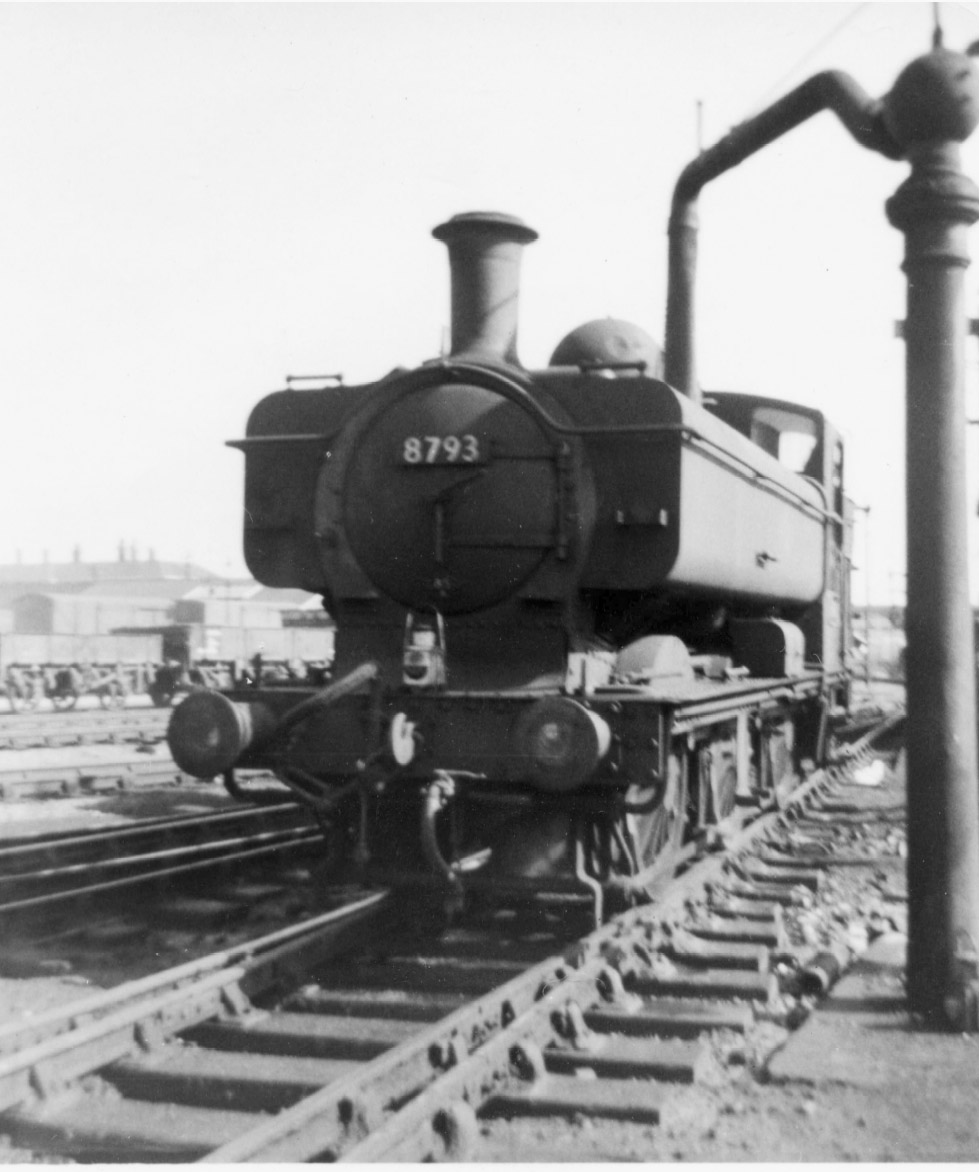 Ex-GWR 0-6-0 'Pannier' tank locomotive No.8793 taking water at Worcester prior to working the 17:45 Worcester Shrub Hill to Bromyard on which Mick Rock was to be the fireman. Photograph taken by Mick Rock. 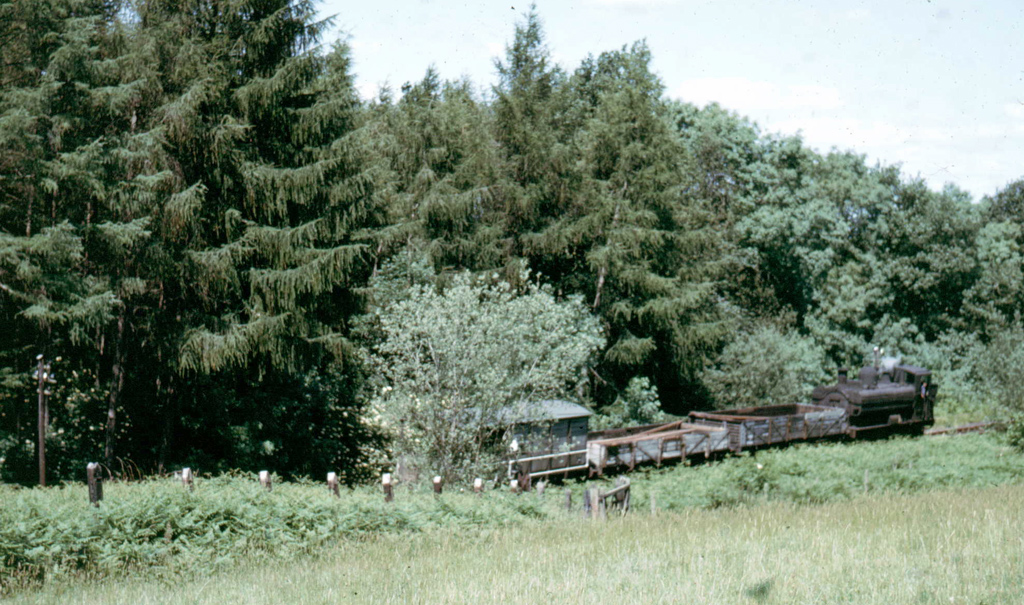 Almost as soon as the line closed in 1964 BR began to recover scrap material. Scrap trains were worked using some of Worcester's 0-6-0 Pannier steam locomotives as in this view of No.3682. (MIAC collection)

We would highly recommend the following publication for anyone who wants more information:

This book is available from all good booksellers or from the publishers, The Kidderminster Railway Museum (Severn Valley Railway).