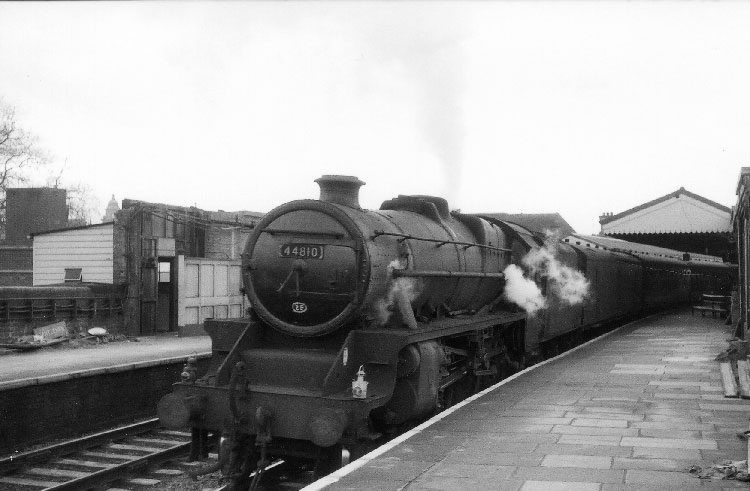 Saltley based 'Black 5' 4-6-0 No.44810 was at Worcester Foregate Street Station on 15th January 1965 deputising for a diesel on 1A68 the 12:05 from Hereford to London which it would take as far as Worcester Shrub Hill. On the 'down' platform the former toilet is being demolished. Notice the large 'Gentlemen' sign casually cast aside and no doubt heading for the skip. 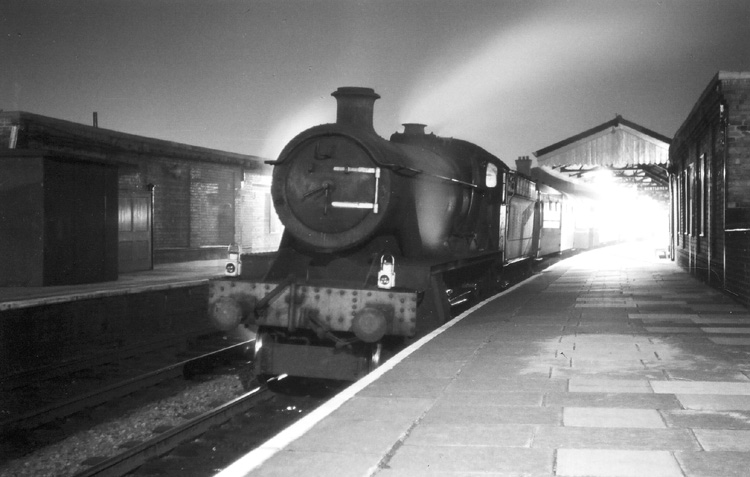 Robert has used all of his photographic skill to capture this image of the first 'Modified Hall' class 4-6-0 locomotive No.6959 'Peatling Hall' (running minus name and numberplates) whilst working the 18:05 from Hereford to Paddington which it will take as far as Shrub Hill Station. This photograph was taken towards the end of steam working at Worcester on 25th October 1965.