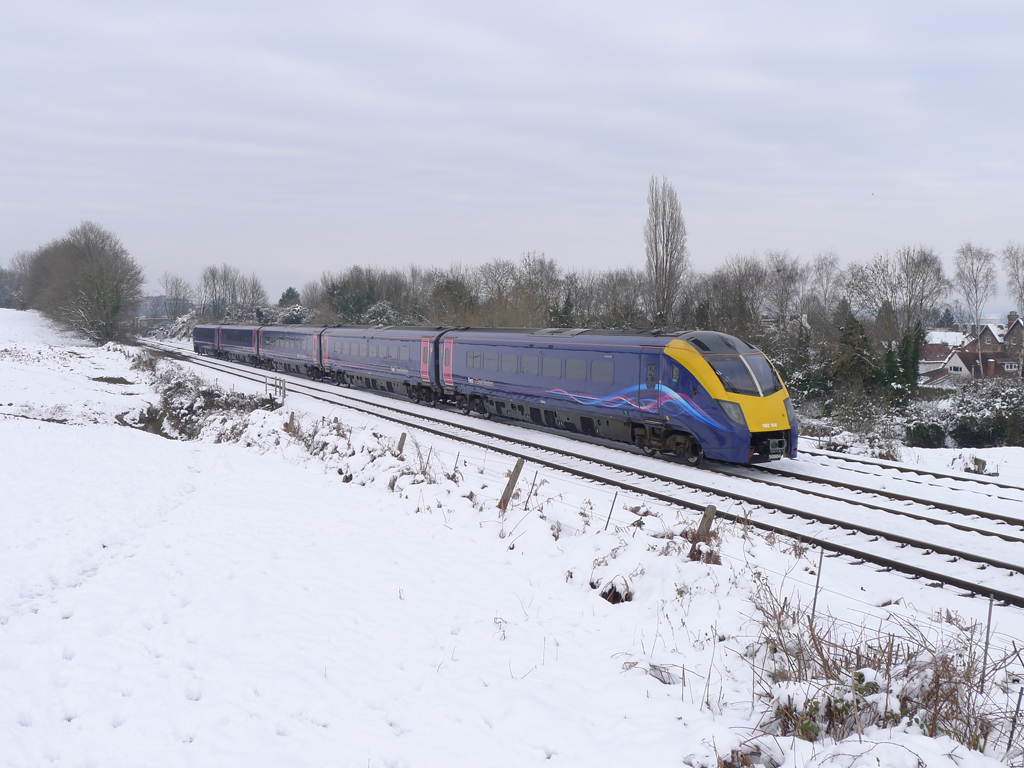 First Great Western class 180 five-car diesel multiple unit No.180104 at Malvern Wells on 24th Janaury 2013. There was plenty of snow on the ground but the light was “bright cloud” at 13.25 so Robert hurried to Malvern Wells to see the lunchtime Class 180 diesel multiple unit. However it arrived in dull cloud and to make matters worse most of the snow had fallen off the trees. At least 2012' lineside growth has been felled – thanks to the Ray of Sunshine responsible. The exposure was 1/320th at F3.5 which was one more stop than indicated by the camera to get some detail in the train only to lose it from the snow.