One of the great delights of visiting the same station over many years is to see how things have changed between visits. Sometimes these are for the better but all too often they are not. It was pleasing therefore to see that in the two years since the visit in 2004 things had markedly improved. 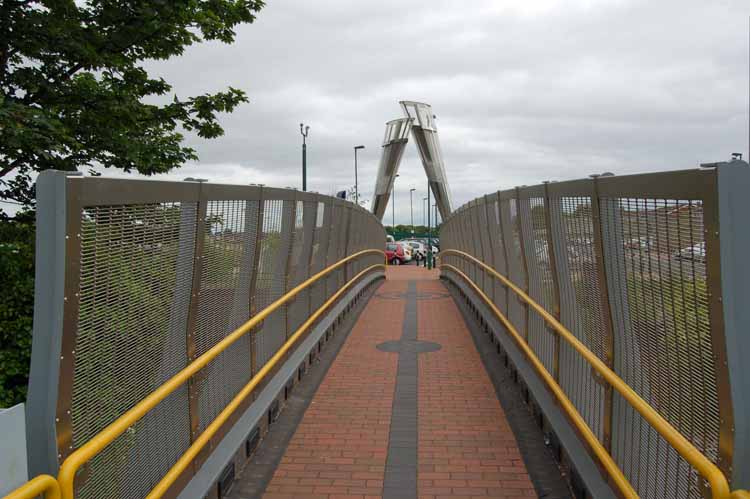 The first visible sign of improvement was this impressive new pedestrian bridge from a car park on the opposite side of the road to the main station car park. This was much needed as the previous car park was often full. 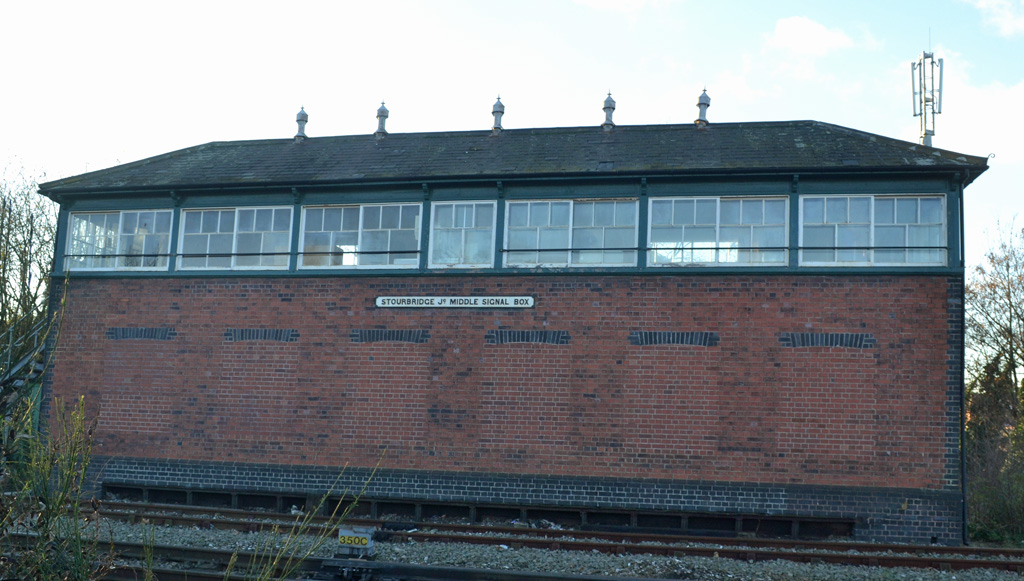 The GWR built Stourbridge Junction Middle Signal Box (plus those at Kidderminster, Hartlebury and Blakedown) was closed in August 2012. Andrew Smith took this photograph on 1st December 2012. 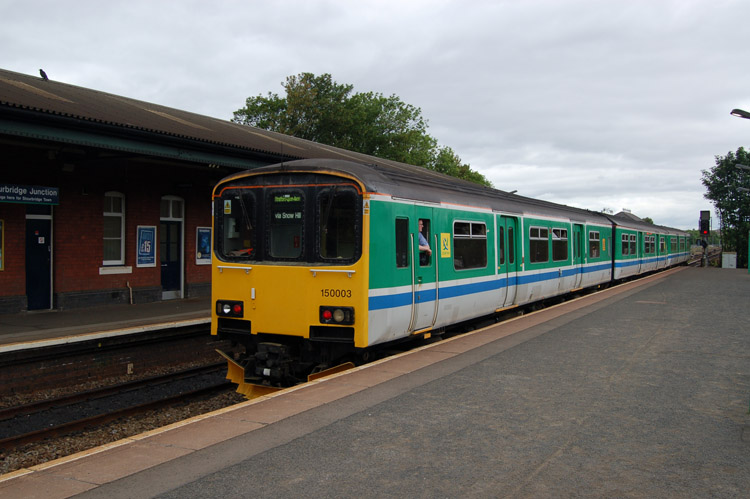 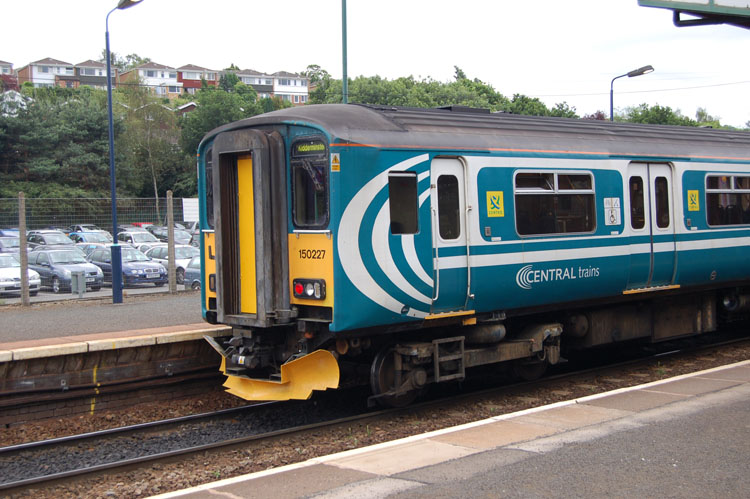 This is former Anglia Railways class 150 dmu No.57227, which had been leased to Central Trains in a deal financed by Centro. 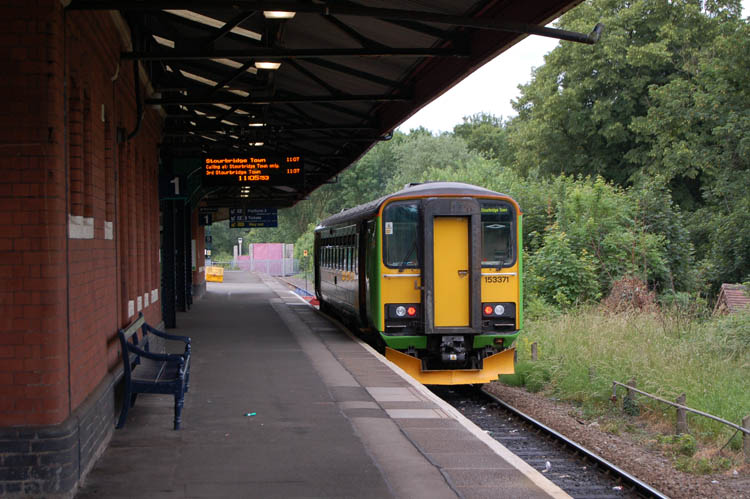 Another innovation was the electronic passenger displays, here telling passengers that class 153 dmu No.57371 (153371) was shortly to depart with the 11:07 to Stourbridge Town. 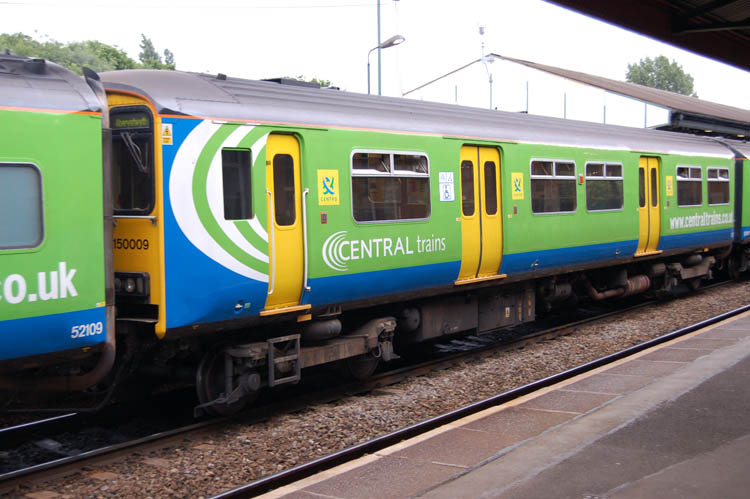 Central Trains repainted many Centro livery class 150s in this new livery and No.57202 had become part of a three-car set No.150009 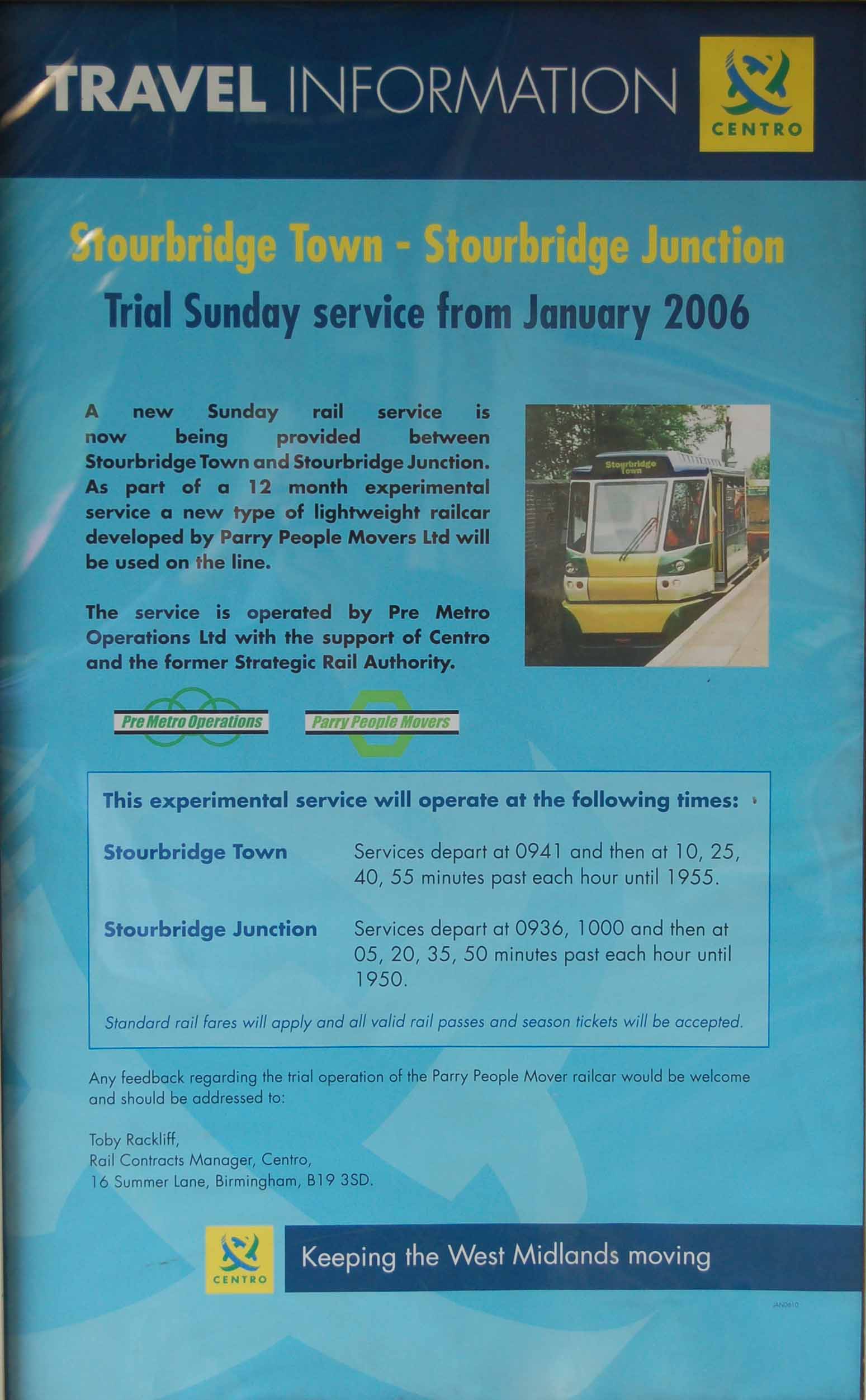 Another new initiative was the use of the Parry People Mover type PPM-50 (No.999900) Sunday services. 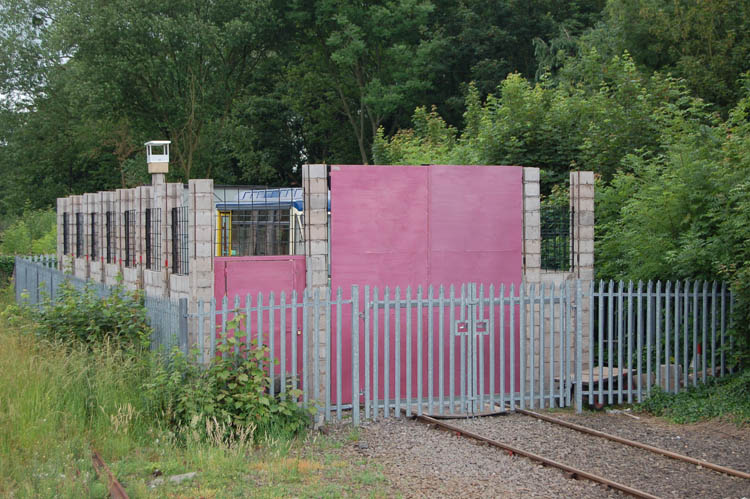 The PPM-50 had its own engine shed complete with purple doors but no roof. 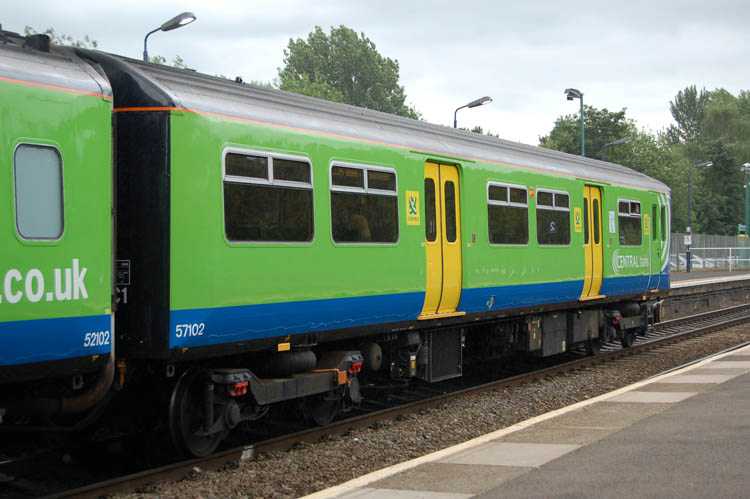 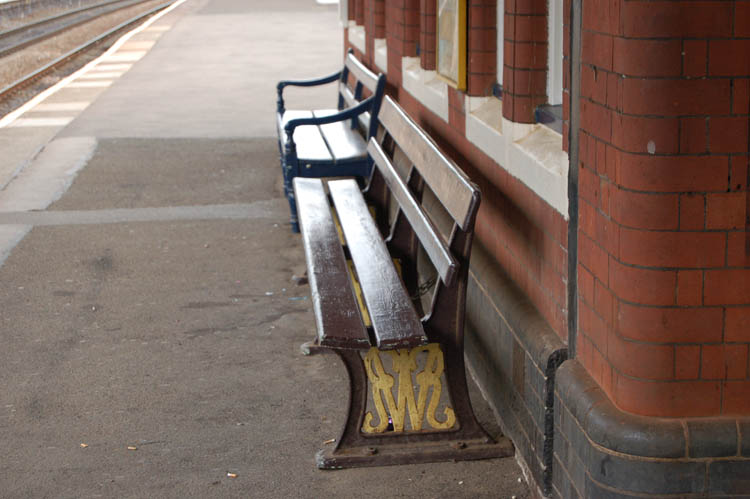 It was nice to note that not everything had changed at Stourbridge. This original GWR seat was tastefully painted in chocolate and cream. 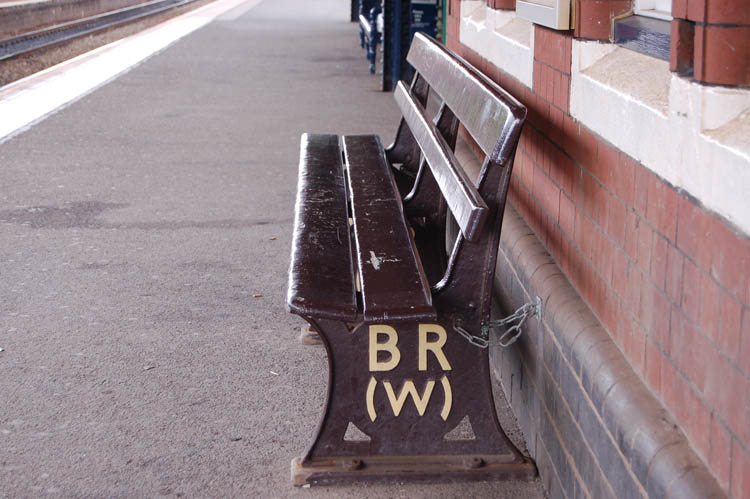 And on the other platform were a pair of seats with BR (W) emblems. 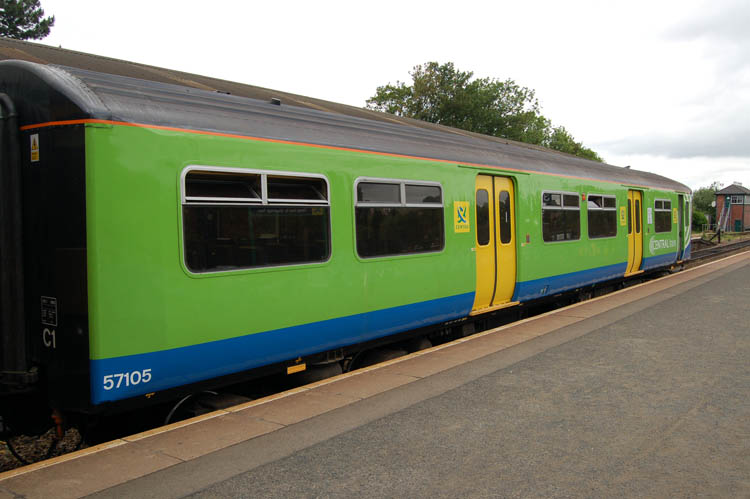 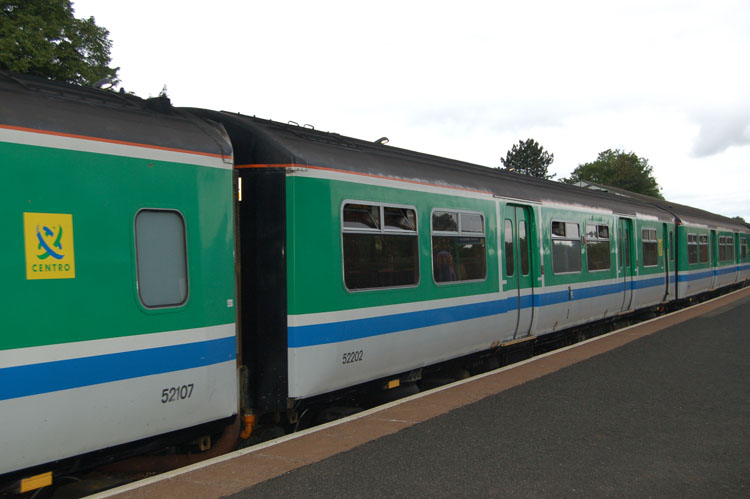