Knightwick was the second station on the branch line to Bromyard. After leaving Leigh Court the railway followed closely the course of the River Teme to arrive at Knightwick Station which was half a mile from the village that it served.

It was opened in 1874 and consisted of a single platform on the south side of the line with a small brick station building and goods yard. There were no passing facilities. 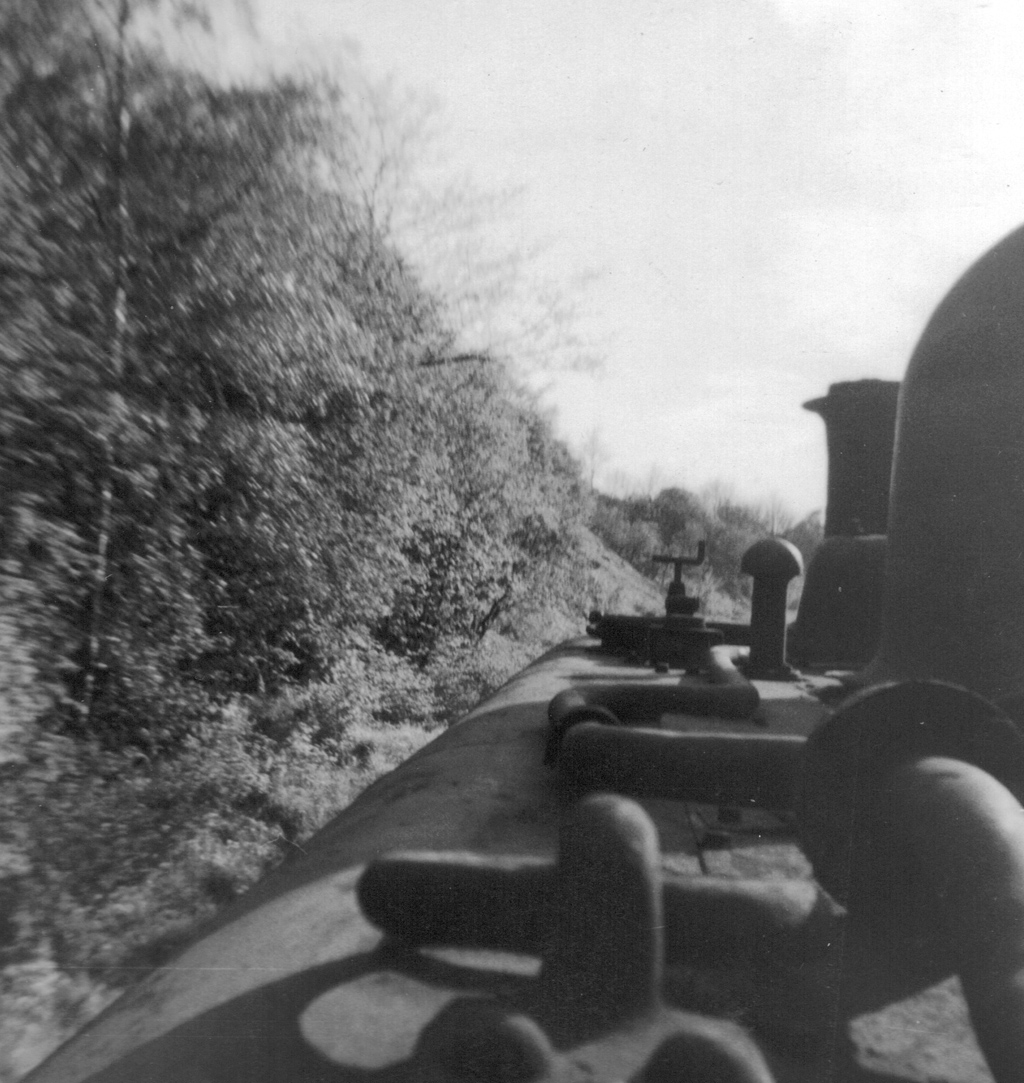 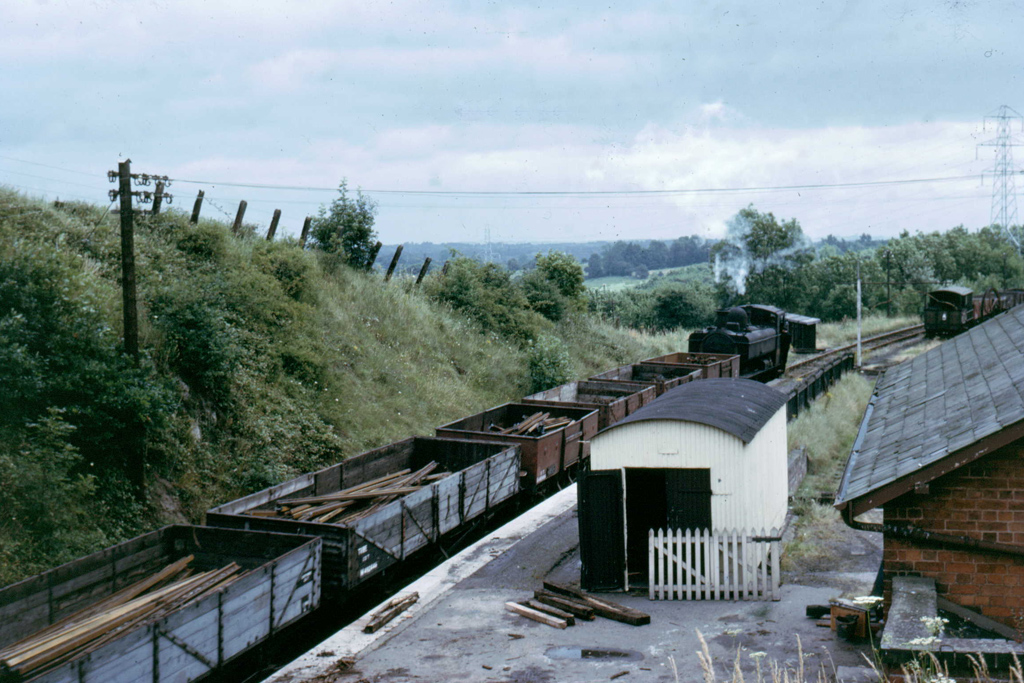 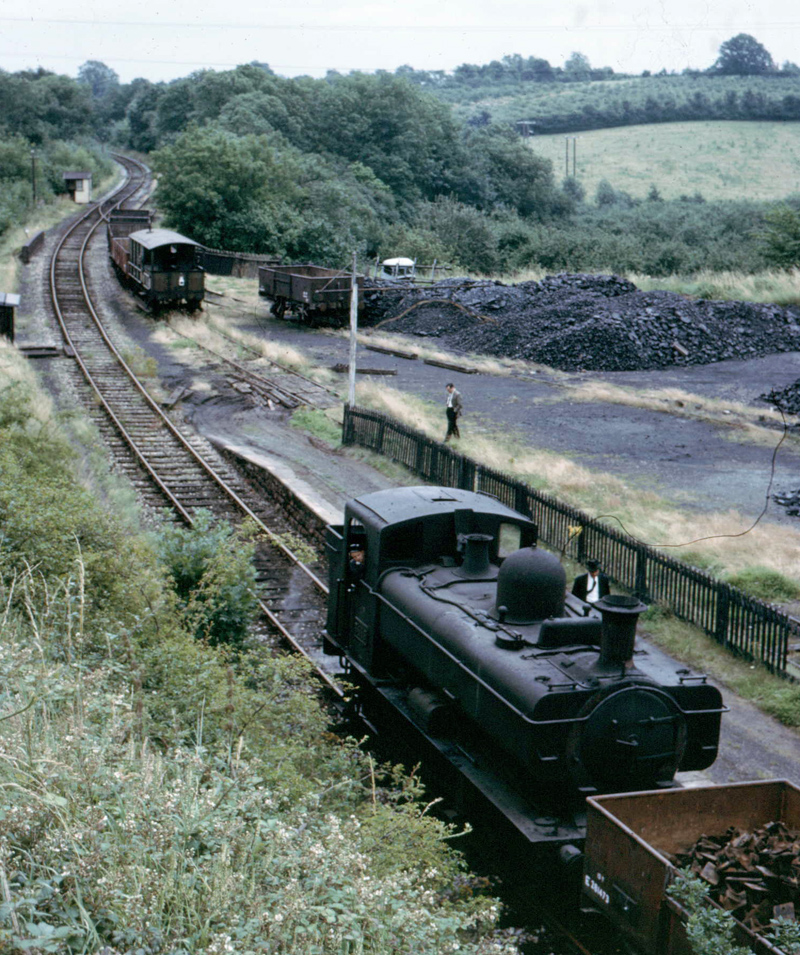 Two photographs of 0-6-0 Pannier tank No.3682 at Knightwick with a scrap train. (MIAC collection). By 2012 the bridge at the east end of the station had been demolished but the substantial ramparts remained in place complete with recently painted BYB (Bromyard Branch) 1291 sign. The view towards Worcester. At this point there were two tracks with the branch line to the left and a headshunt to the right. The station buildings were converted to a private house with a new garage at the Worcester end. All four photographs were taken by Andrew Smith on 19th November 2012.