WORCESTER ENGINES AT OTHER LOCATIONS 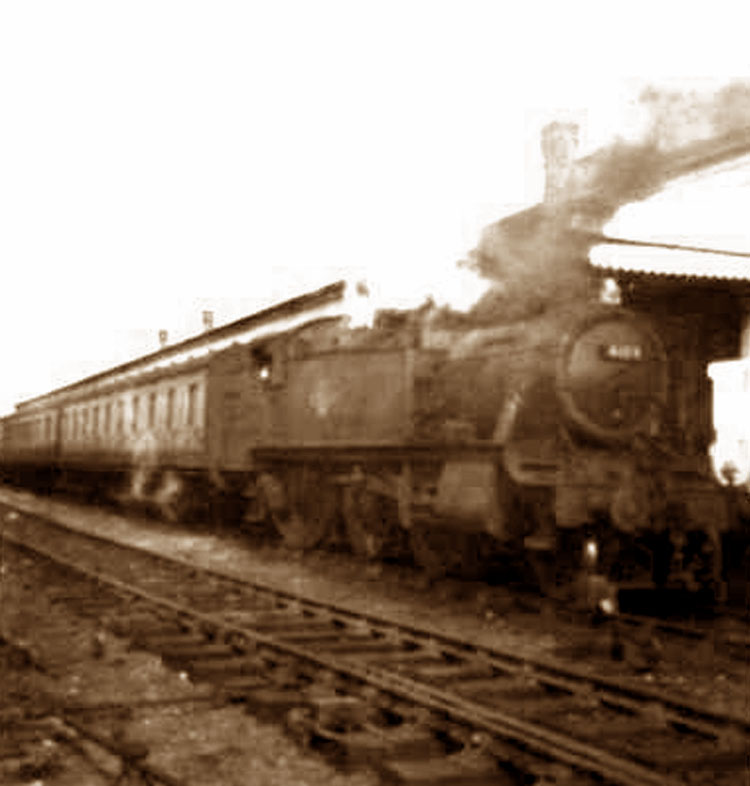 This is a photograph No.4109 in platform 3 at Stratford-upon-Avon awaiting departure with the 13:47 all stations to Worcester Shrub Hill in 1959. This locomotive was allocated to Worcester from March 1959 until October 1961. It was withdrawn in May 1964. The train crew who were all based at Evesham were Driver Charles Leech, Fireman Douglas Carver loco crew and guard Harry Hill of Evesham. This train stopped at Milcote Halt, Long Marston, Pebworth Halt, Honeybourne, Littleton & Badsey, Evesham, Fladbury, Wyre Halt, Pershore, Stoulton, Norton Halt and Worcester Shrub Hill. The train arrived at Worcester Shrub Hill at 14:57 - a distance of just over 27 miles in 70 minutes. 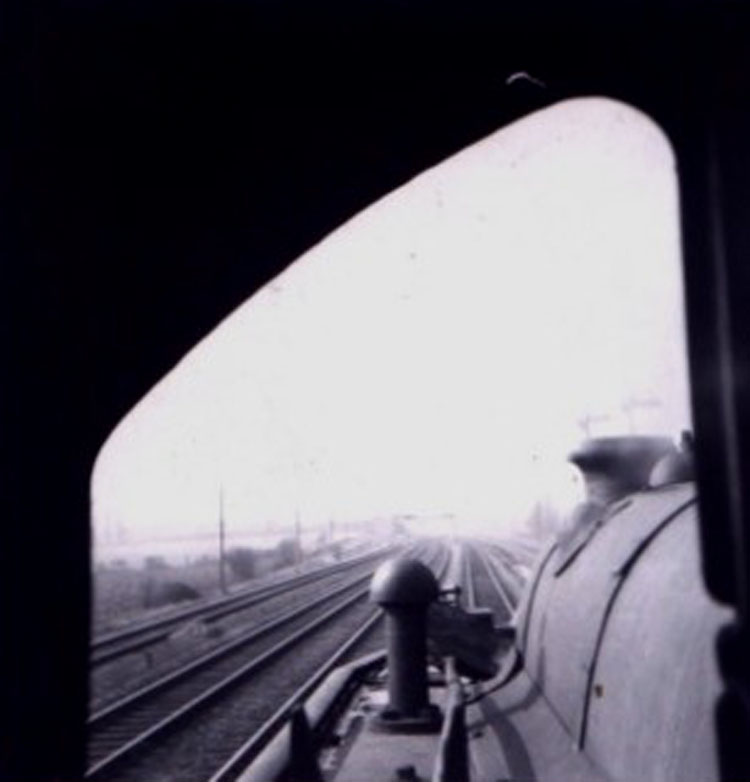 This photograph was taken for the cab window of No.4109 on the 13:47hrs Stratford-upon-Avon to Worcester Shrub Hill stopping train, as the train passed over the north loop junction at Honeybourne. The signals seen over the chimney are the junction signals, the right one (the higher one) is signal for east loop junction and Stratford on Avon, the left one (lower of the two) is the signal for the west loop junction and Cheltenham. The tracks from left to right are the down loop, down main, up main, down branch, up branch and the garden loop. Also to be seen is the bridge over the railway with the station just beyond. On the left between the down loop and the down main can just be made out the station junction signal. 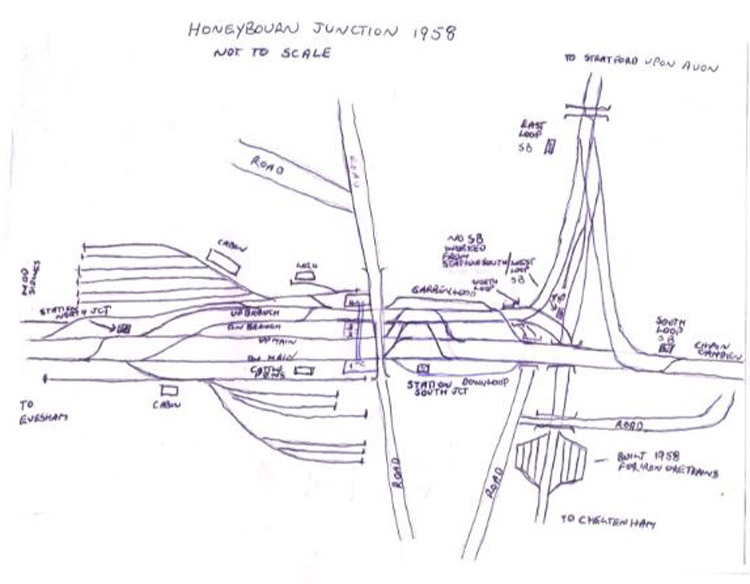 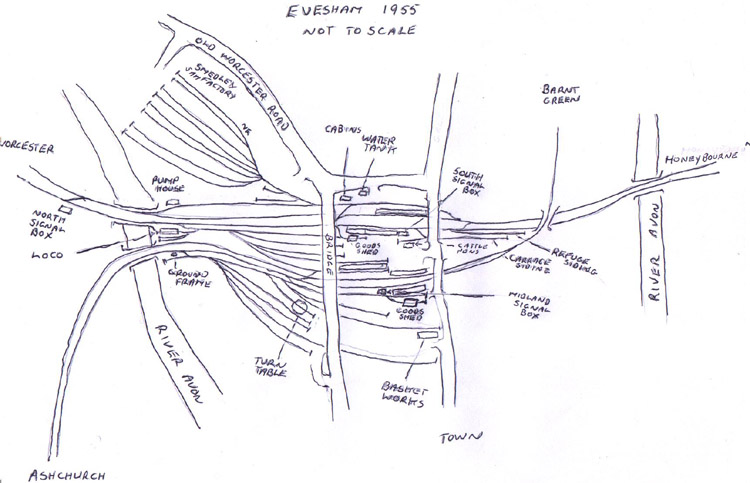 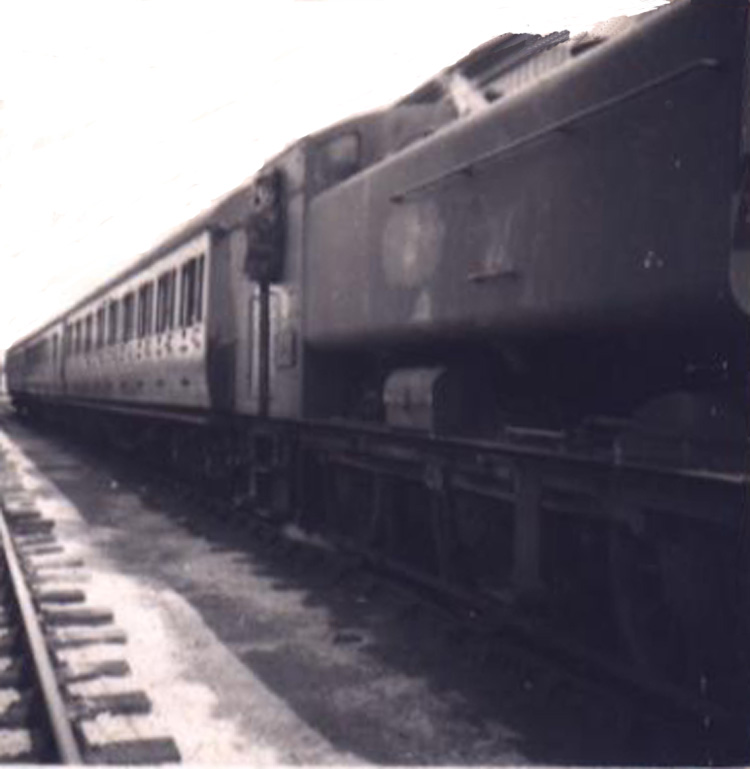 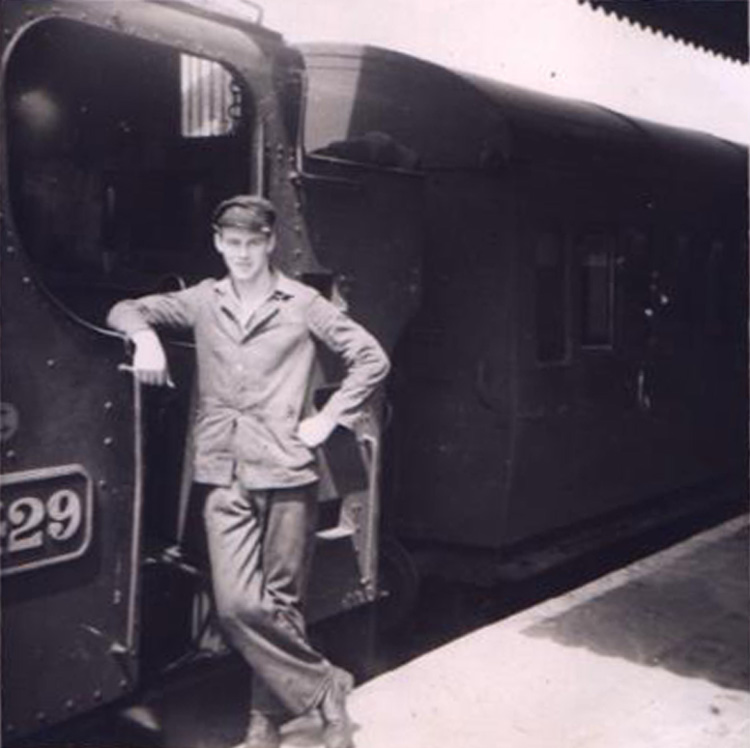 Pannier tank engine No.9429 is at platform 3 with the 13:47 to Worcester Shrub Hill with the same driver and fireman as in the previous view of No.4109. No.9429 was delivered new to Worcester shed in November 1950 and was based at Worcester until March 1962. 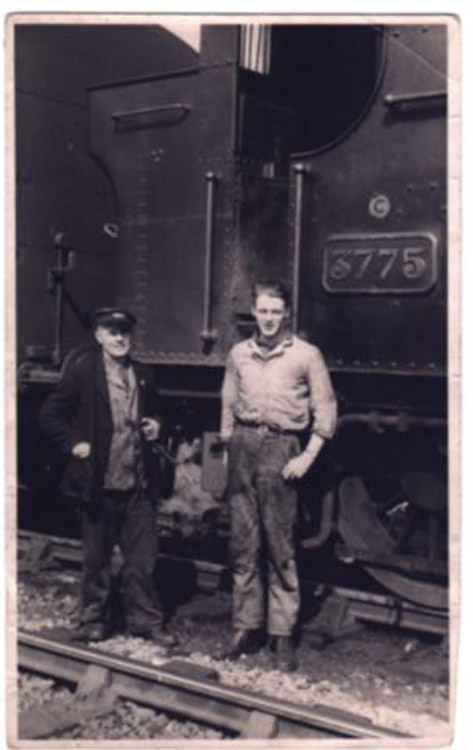 This is pannier tank engine No.3775 taken by an unknown photographer who sent us the photo. The train is in the sidings at Stratford on Avon, as an excursion was due in platform 3 so the train left from platform 1 on this occasion. The driver is Lesley Huckfield and the fireman is Douglas Carver who had just restarted after being discharged from the Army after completing his National Service. He had not then been issued overalls yet the ones he is wearing are the ones issued before he was called up, so this photo must have been taken about March 1958. No.3775 was at Worcester until March 1961.

Photograph, maps and notes by kind permission of Douglas Carver.