In May 2007 Network Rail announced plans to build a new station at Bromsgrove to replace the existing station. The new station is being built on a brownfield site slightly to the south of the existing one. After lengthy delays planning permission for a new four-platform station was granted in September 2013. The new station is planned to open in 2016 in preparation for an extension of the Cross-City electrification scheme from Barnt Green to Bromsgrove. 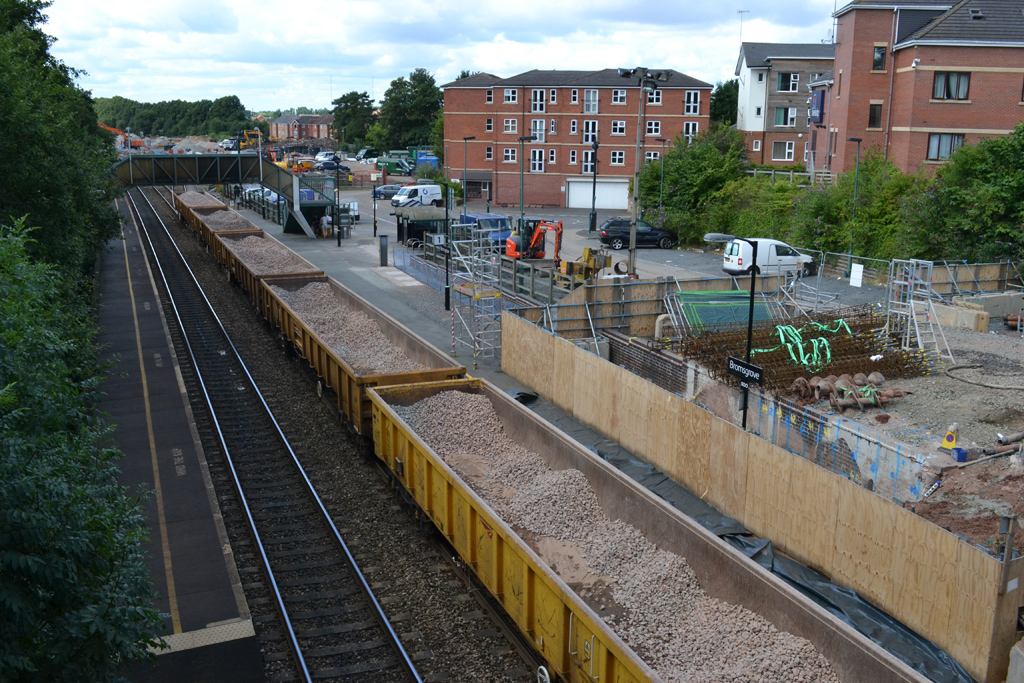 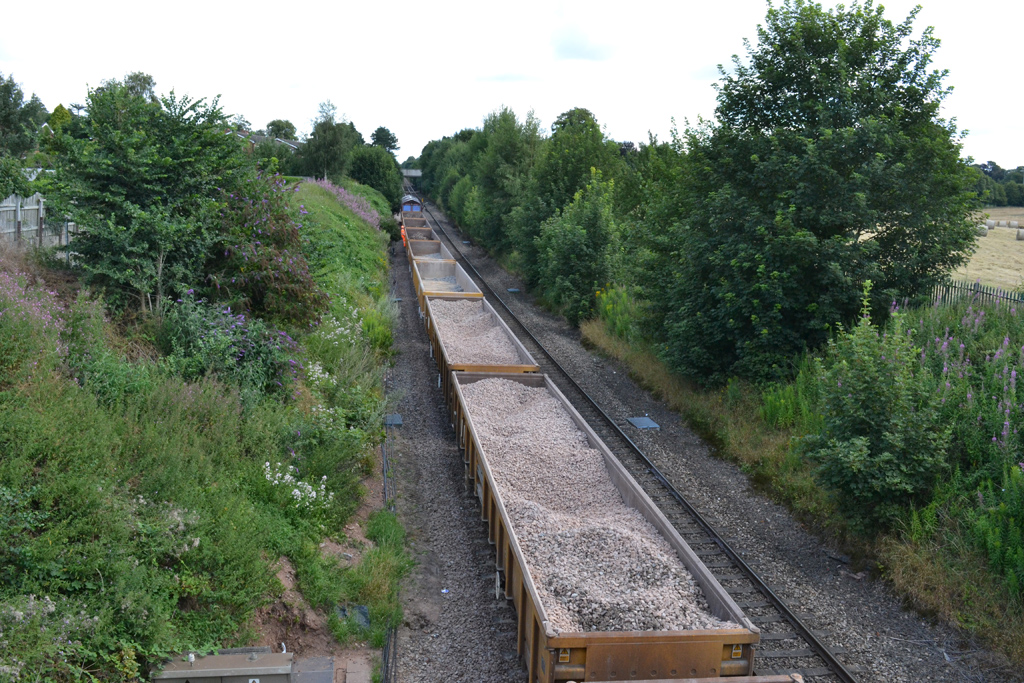 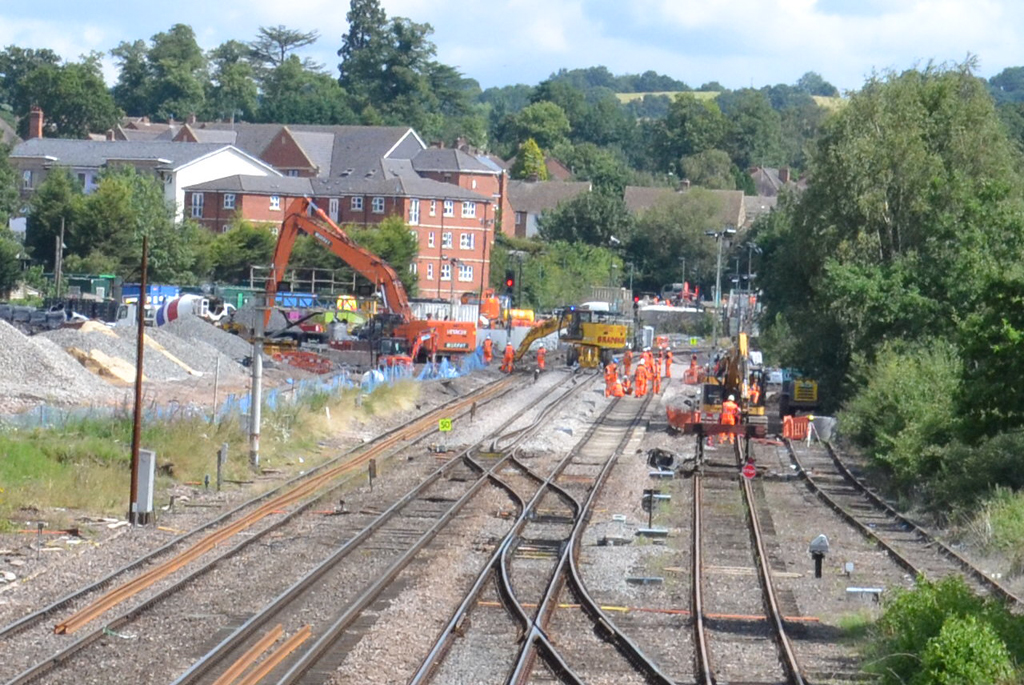 The three photographs abovewere taken by Adrian Booth on Sunday 27th July 2014. Two show a rake of JNA type ballast wagons hauled by class 66 diesel locomotive No.66035 whilst the third shows the extent of the works on the new station. A Bradshaw’s owned road/railer can be seen in this photograph. 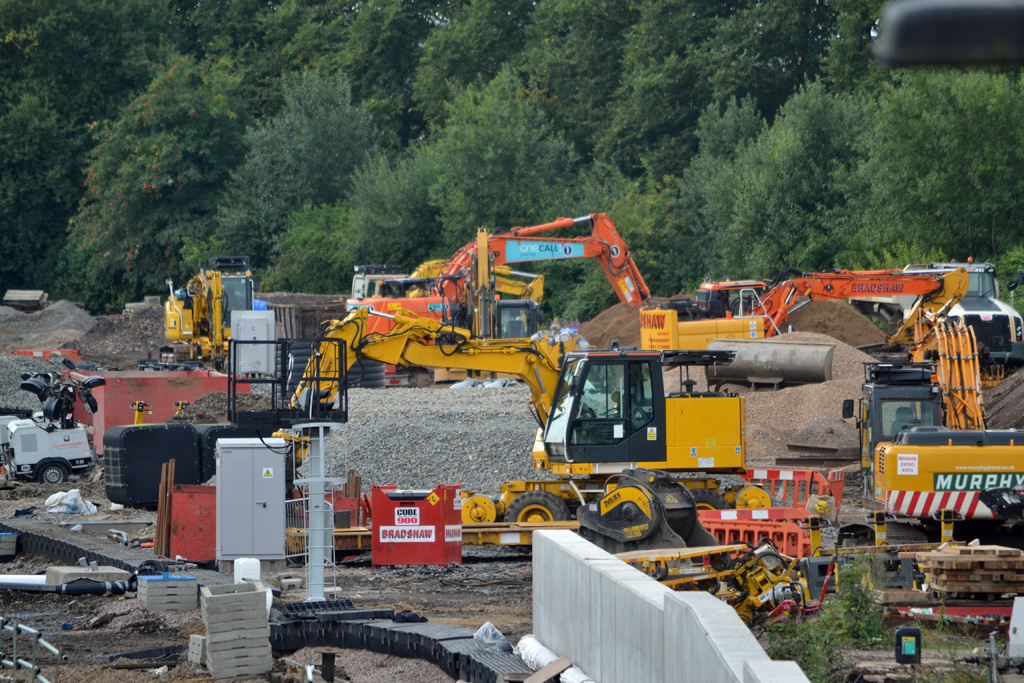 Plenty of On Track Plant was on site when Andrew Smith visited on 15th August 2014 including Bradshaw's road/railer No.940601-6 prominent in the centre. 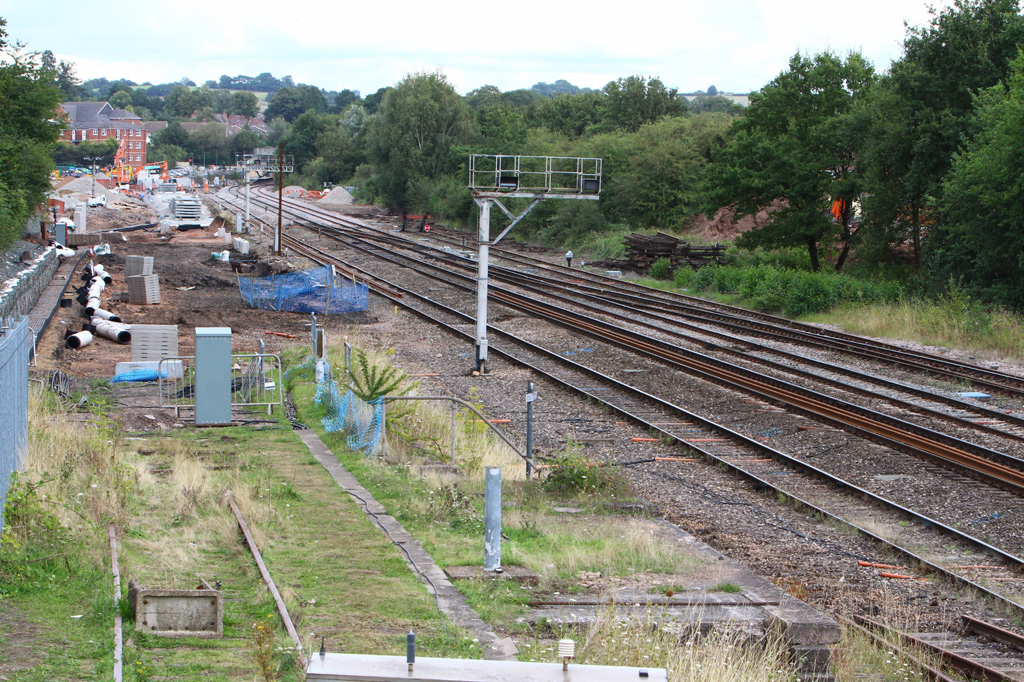 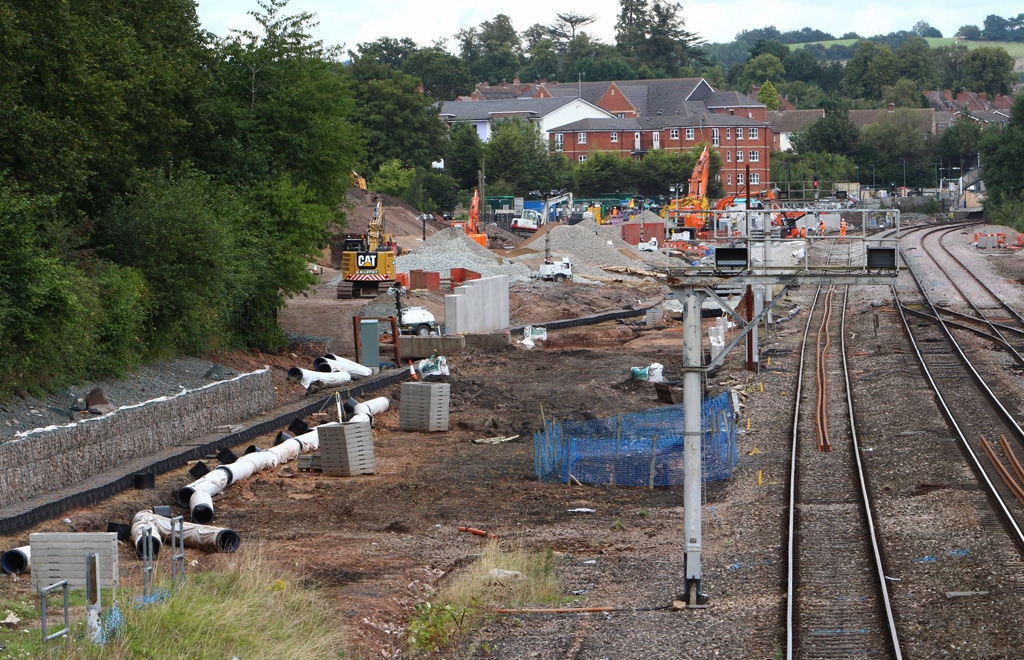 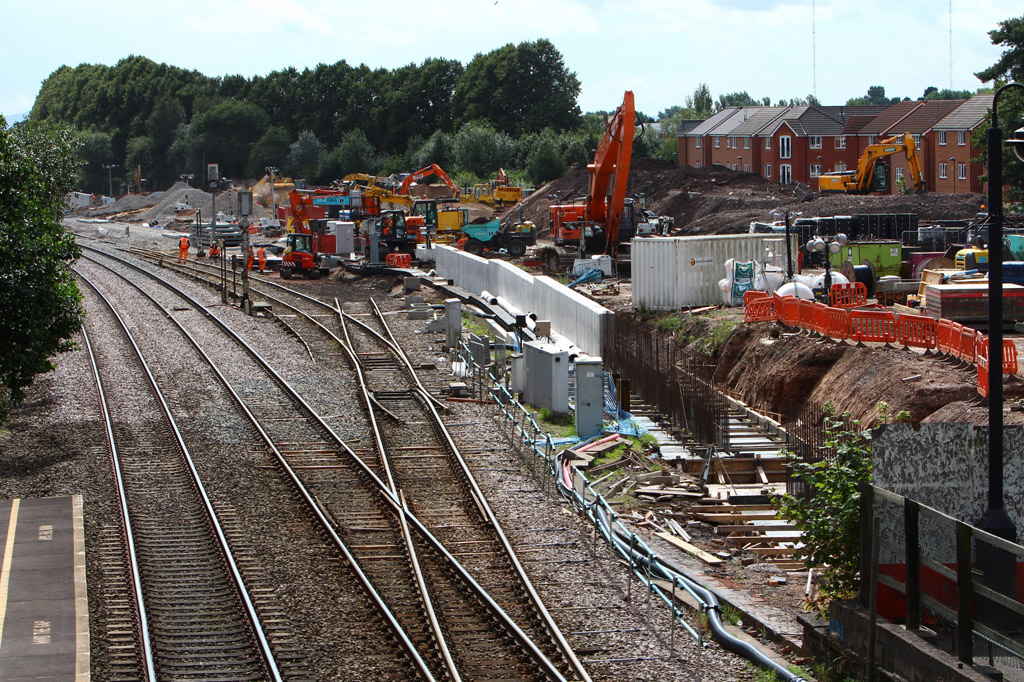 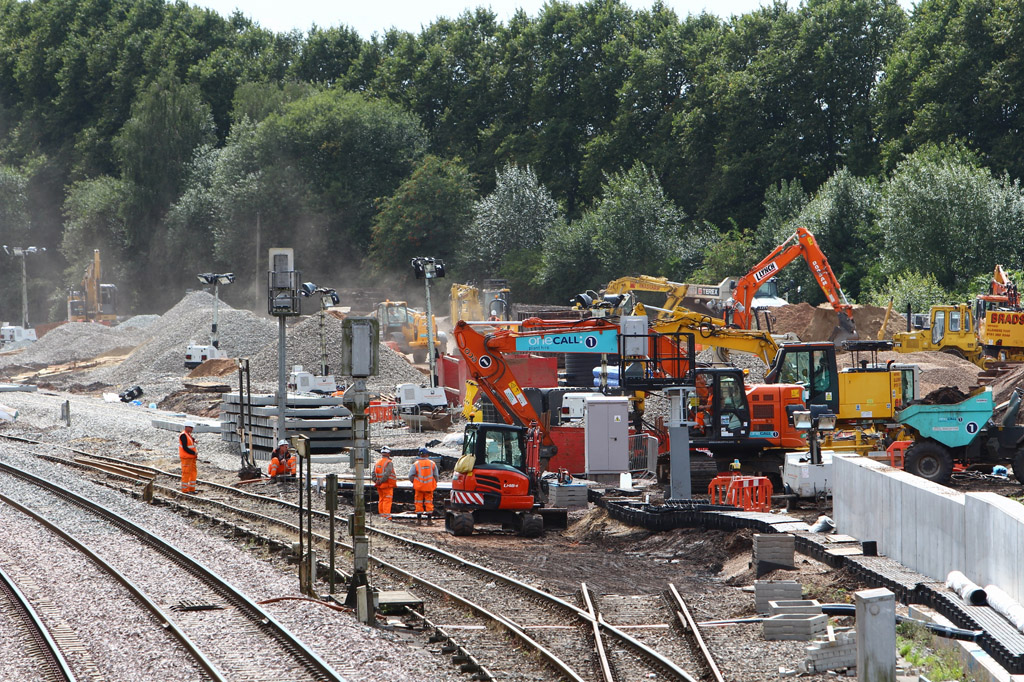 On 18th August 2014 Robin Goundry went to the site of the new station and submitted the four photographs shown above which give a clear and detailed set of views showing the progress made. 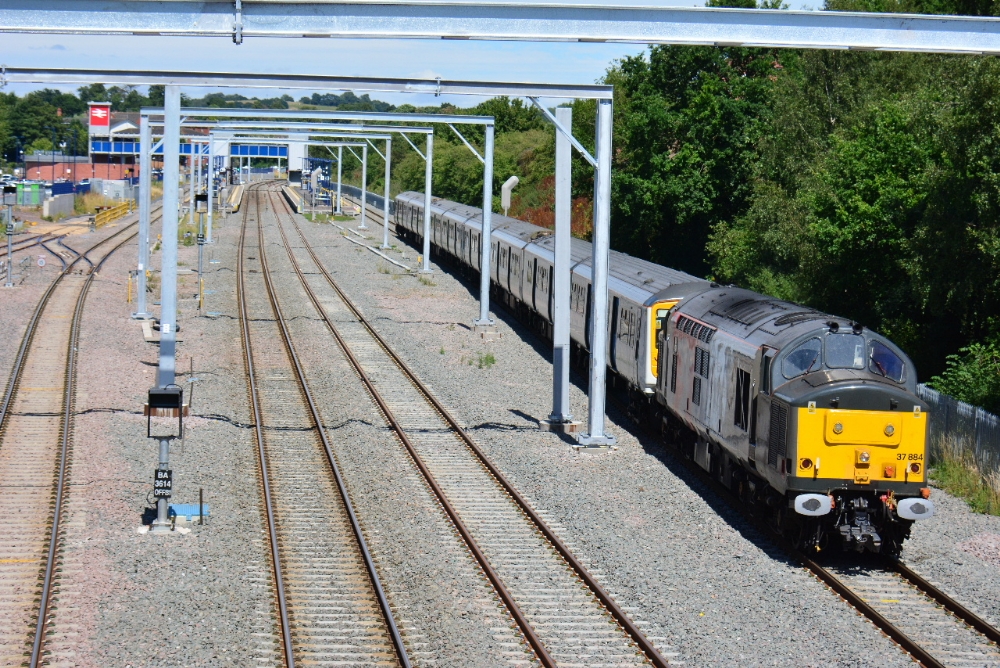 The previously uncluttered view of Bromsgrove Station from the footbridge to the south of the station where the Lickey Incline banking engines used to stable between duties was ruined in July 2017 by the erection of ugly electrication masts as seen in this view taken by Steve Widdowson on 22nd July 2017.
The train is one of many in July taking out of use class 319 electirc multiple units from Hornsey for sotrage at Long Marston. Traction was provided by class 37 diesel locomotive No.37884 which is hauling class 319's No.319447 and 319438.
Back to content