The Evesham Vale Light Railway which opened in August 2002 is a 15in miniature gauge steam railway that carries passengers from a station adjacent to the Evesham Country Park through an old apple orchard to a picnic and viewing area. 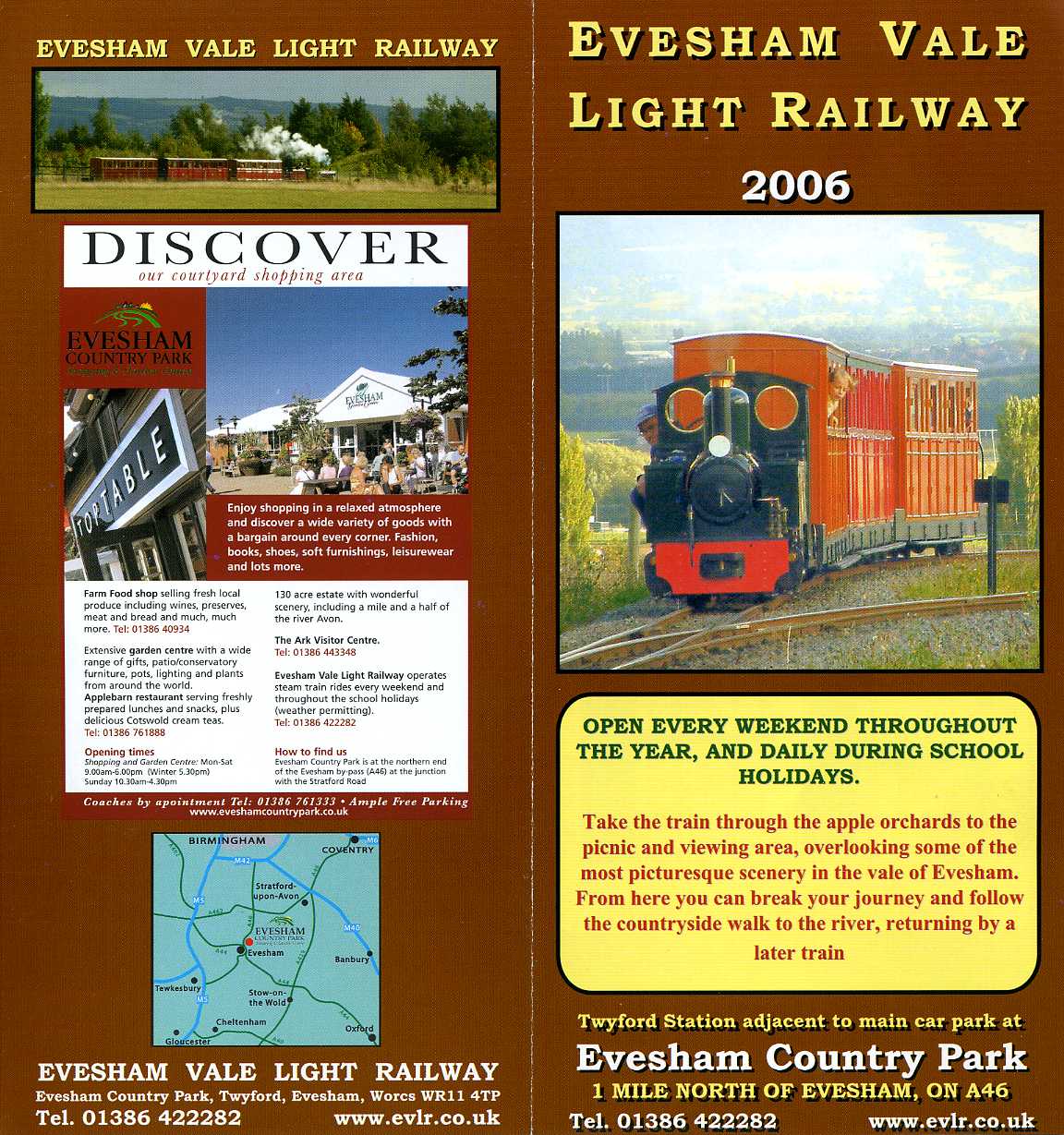 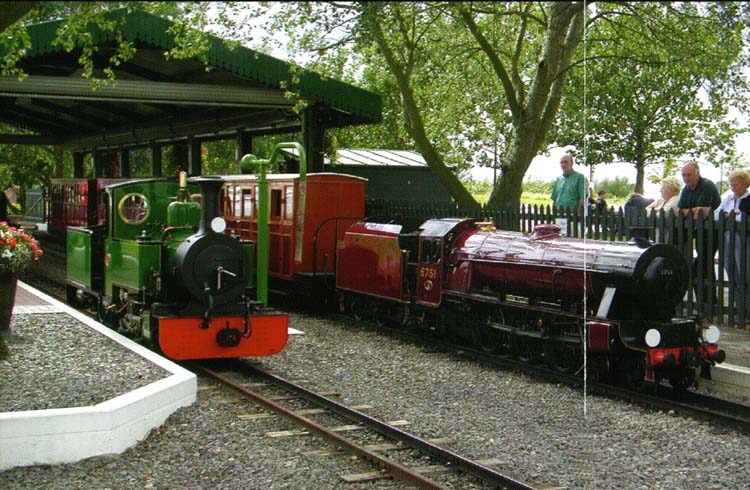 This is 5751' Prince William' built in 1949 by the G.& S. Light Engineering Co Ltd of Stourbridge. The green locomotive on the left was built by the Exmoor Steam Railway (No.312) in 2003. This photograph appears in the 2006 Timetable leaflet Brochure. The two photographs (above), which were taken by Robert Cooke, show 'St Egwin' (Exmoor Steam Railway No.312 of 2003) at Evesham. They were taken on 29th March 2009 and 23rd October 2011. 'St Egwin' was a regular performer on the railway during this period. 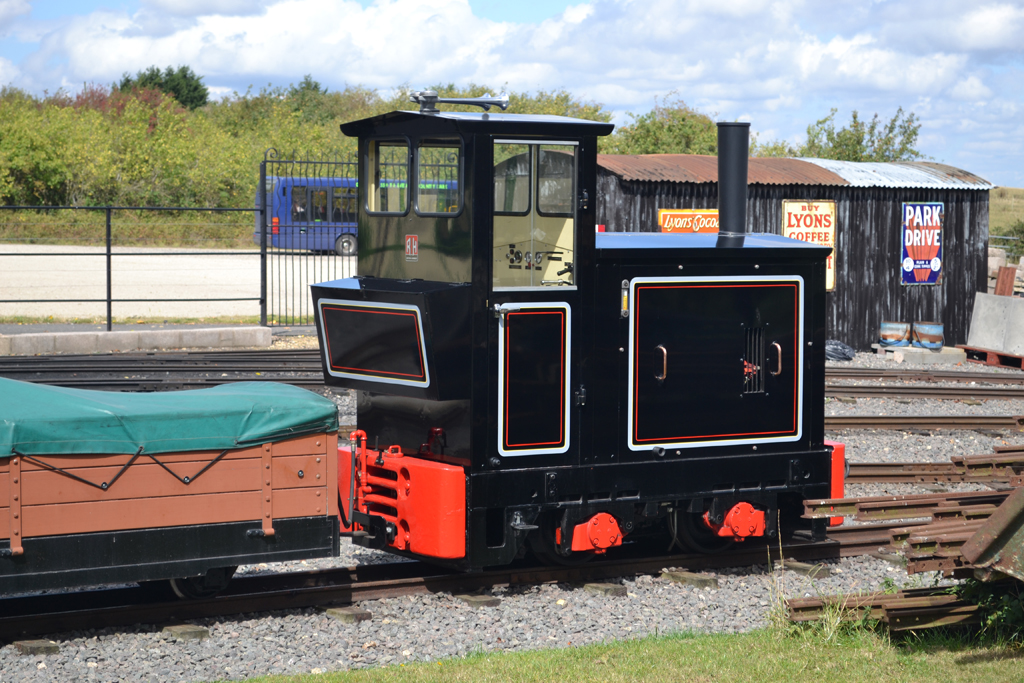 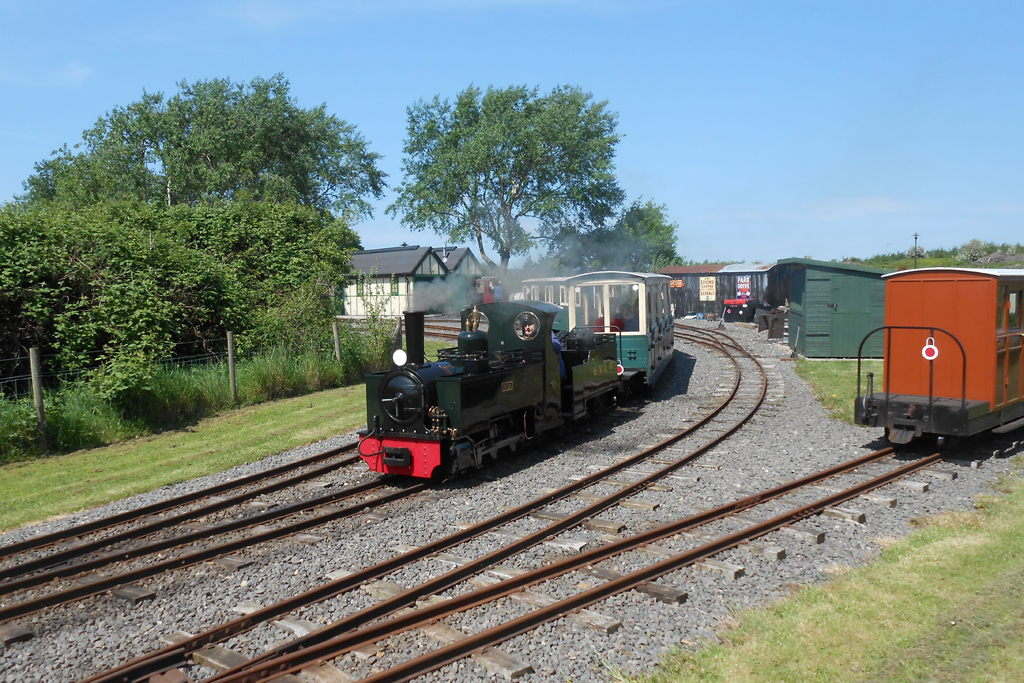 On Saturday 17th May 2014 train services were in the hands of 'Dougal' which was built by Severn Lamb in 1970. 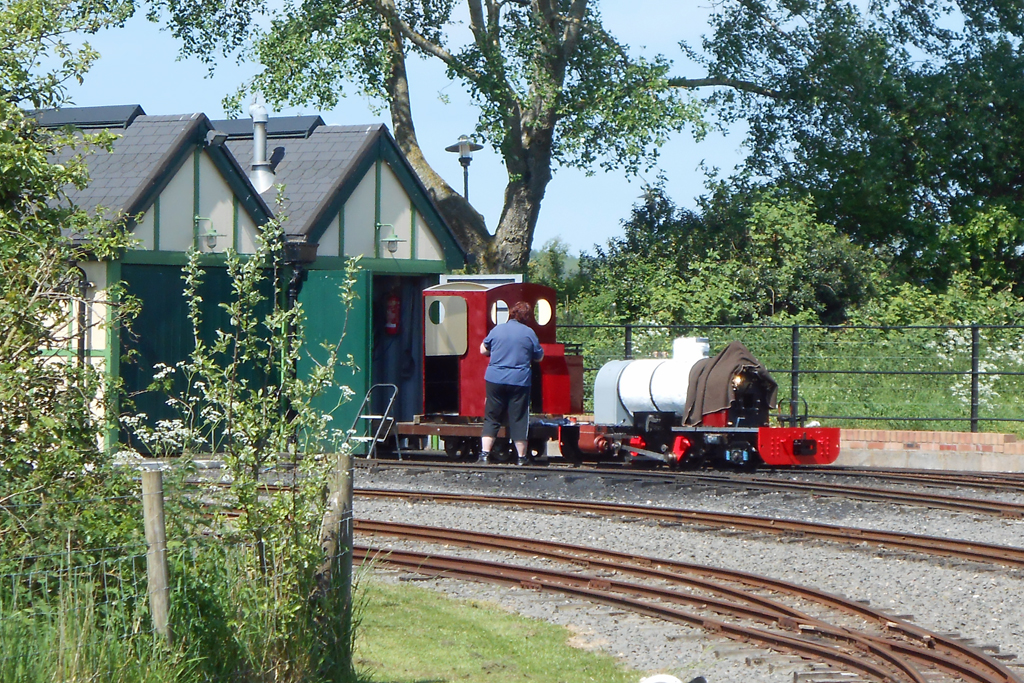 On the same day work was in hand to complete a new steam locomotive to be called 'Monty' in honour of Simon De Montford, who was killed at the Battle of Evesham in 1265.

Following a change of ownership at the start of 2014 several locomotives were moved away from Evesham. Train services operate every Saturday and Sunday plus holiday periods. 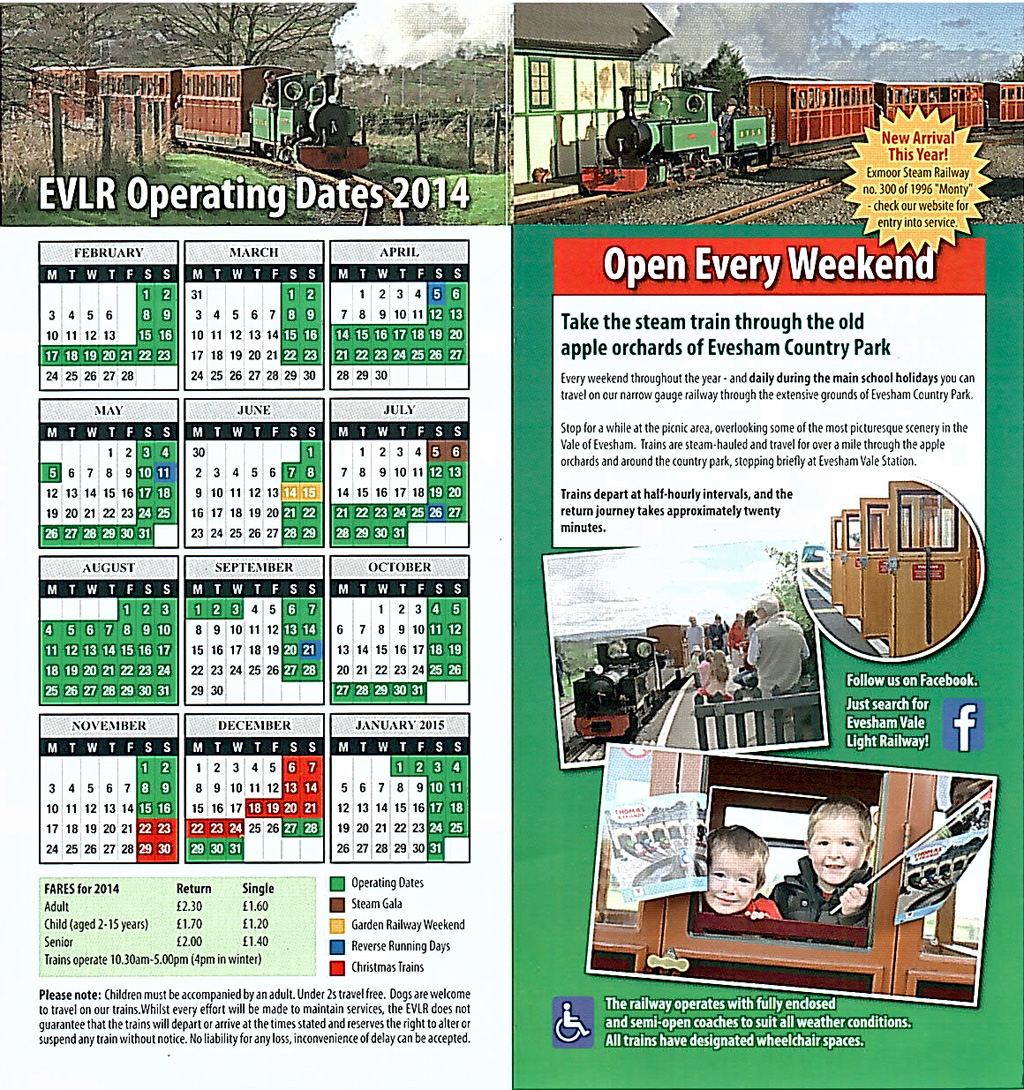 This is the 2014 service timetable.